My parents have had this plant probably around 15-20 years now, during which it has spent its time slowly growing upwards while the bottom leaves drop off and don't regrow. It's traditionally been kept indoors during winter and moved to an enclosed atrium during the summer, the latter of which may have encouraged the upwards growth.

Anyway, this past year they did not move it into the atrium as it has too unwieldy to move, and also to attempt to remove the suspected atrium's upwards encouragement.

So the basic questions are

It does look like theres another issue here - new leaves being curled/withered - but I think that's a symptom of lack of direct sunlight due to its incessant need to grow upwards. 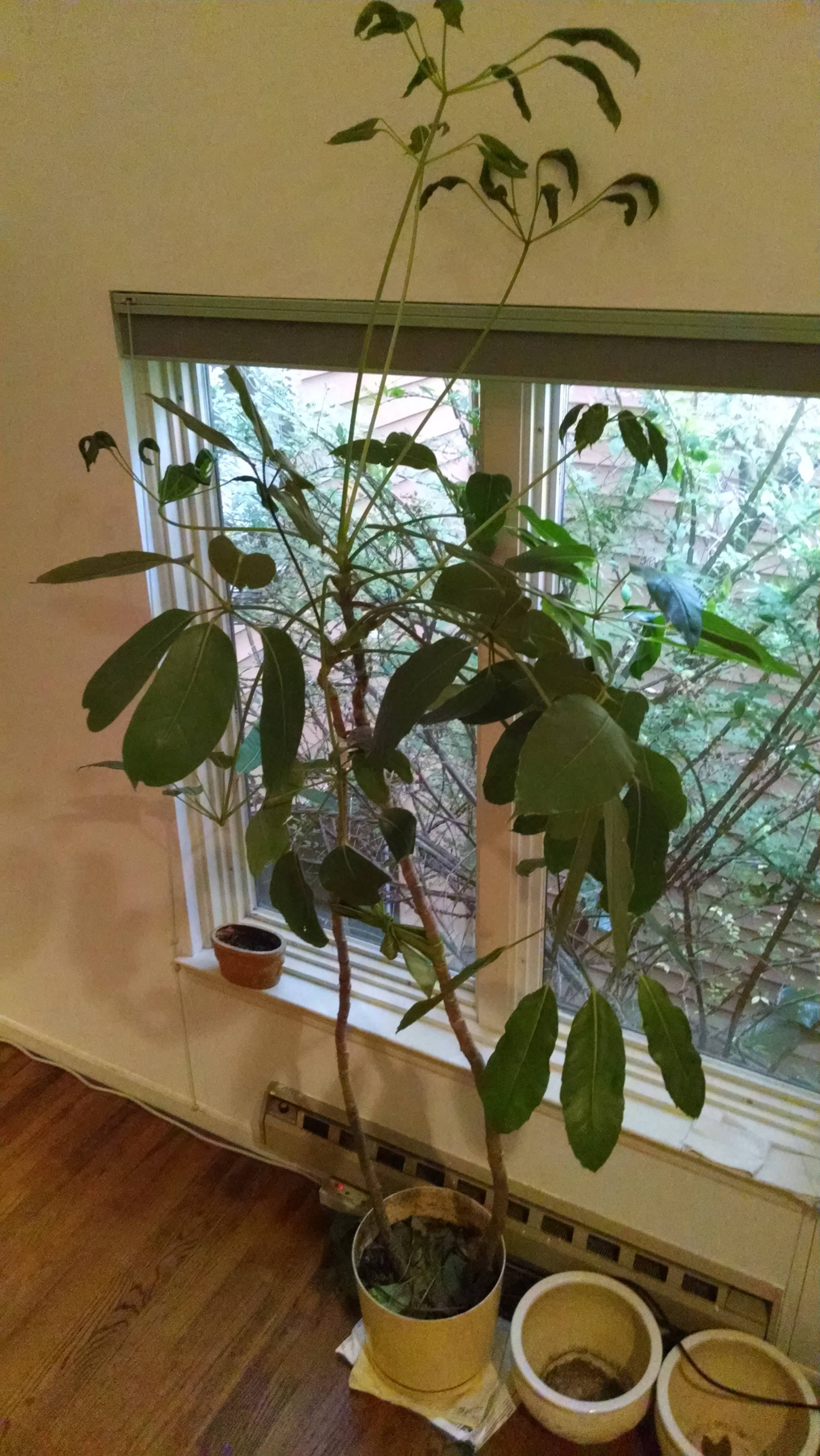 This image was taken from above the plant from the stairs.

This is a Scheffelera actinophylla, the botanical name for umbrella tree, a species of evergreen tree native to northern Australia which is a common house plant.

See this answer for a complete description and how to prune it.

The reason it looks so spindly is due to low light levels over an extended period of time. This plant will do well in unobstructed east or south east windows. West or south windows can be hot and encourage spider mites.

I don't recommend taking cuttings as the plant is weak, better to cut back and grow under better light.

Not the answer you're looking for? Browse other questions tagged identification houseplants plant-care or ask your own question.

7
What is this South Florida tree?