Is it a problem if I pot multiple Bonsai at the same pot?

I repotted my Bonsais in one shared pot, they are from different types. Is that a problem?

Sorry for the newbie question. 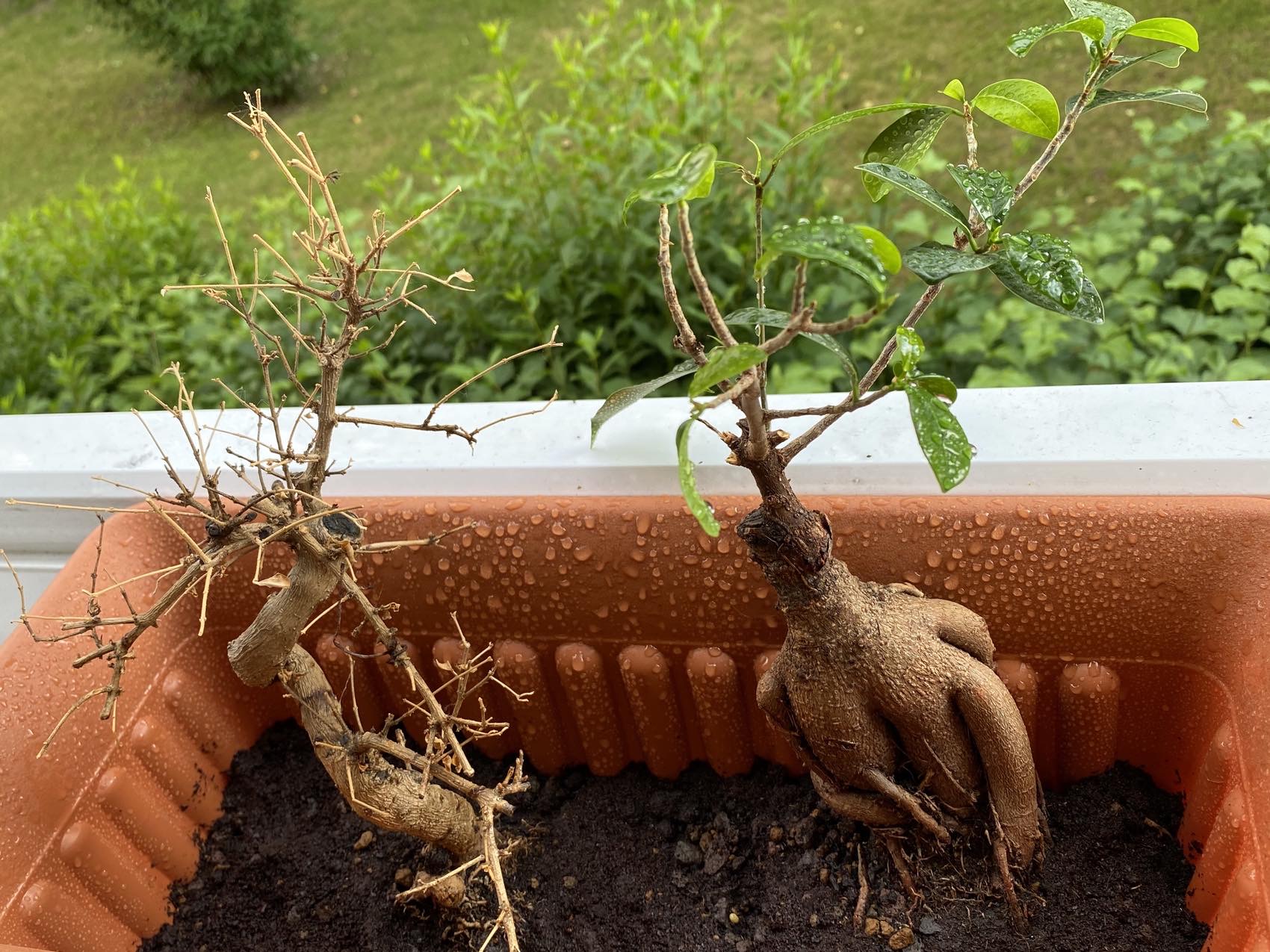 It depends on which species you're working with. (The one on the right side of your photo looks like a Ficus (?), but I can't place the other.) If one is of a much more aggressive species than the other, then the less aggressive one could end up crowded out or even poisoned. For example, oaks secrete tannins into the soil around them to suppress the growth of competing plants, but the amount and exact chemical mix is determined by the species of oak, and how effective they are depends on what the other species is. (Check out allelopathy for more on plants' chemical warfare.)

On the other hand, group plantings of compatible species have a long history in the bonsai tradition, where they're part of the subset known as penjing.

If you read up on your specific combination of plants and decide you want to keep your trees isolated but in the same pot, I recommend using a plastic divider of some sort. Cut an empty container that you'd otherwise throw out/recycle into the shape of the inside of the pot, and use that to separate their roots as much as possible. It won't be perfect, but it's better than nothing.

Not the answer you're looking for? Browse other questions tagged containers bonsai repotting or ask your own question.

3
Problem with pot roses
4
Dieffenbachia camilla too large pot: back to smaller pot?
6
'Dead' Bonsai Help
2
When should I plant my tree saplings into a bonsai pot?
6
Self watering pot with no hole
4
Is there way to encourage a jade plant to grow new branches from the woody trunk?
2
Bonsai Ficus, recently repotted now roots growing from surface
3
Bonsai growth stunted
1
Can Monstera's aerial roots grow out the base of the pot?
1
Valuing a Bonsai