I am out of ideas. We've just repotted our bonsai tree due to the fact that it became potbound. We found some beautiful compost and off we went. We previously repotted him a few months after we bought him but he rebounded wonderfully. And it was winter.

Even before repotting him, his leaves started becoming sad sort of, a tad crusty but not all of them. The weirdest thing is that even after being repotted he is still having these yellow spots.

What is so worrying is that his new shoots can grow either yellow or they look super weird, like they are almost parallel to the branches, "sticks" to the branches, or they grow right alongside the branch. Some leaves have maybe one or two brown tiny spots.

We're not overwatering him. He is by a window where he grew up perfectly until August when something started getting out of hand. We thought it was the potbound situation but we're unsure now. Yes, he was pot bound but not anymore. It's been 3 weeks and the situation hasn't improved. And I can find answers absolutely nowhere on this internet.

His bark is green. We've checked last night. Beautiful, lush green. He never lost his leaves in the winter. He went through being transported in a box from one country to another in March and he was lush and green until Mid August. 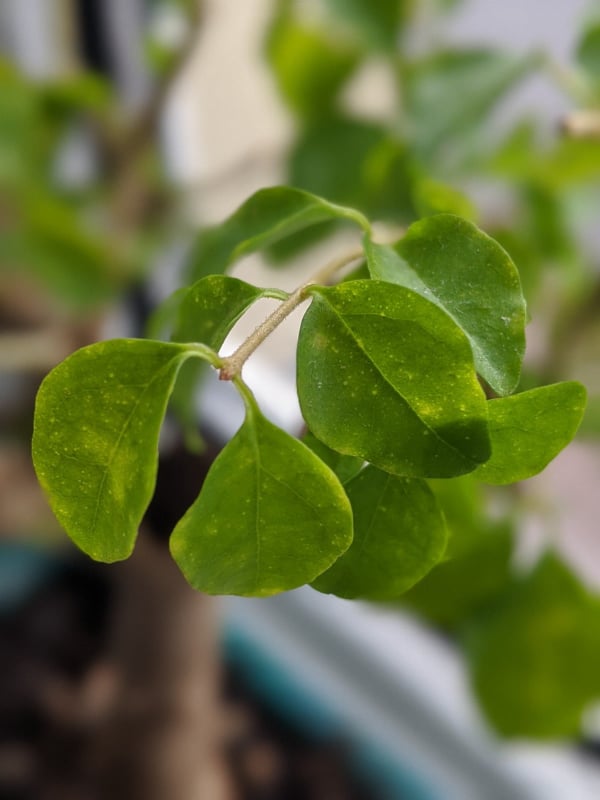 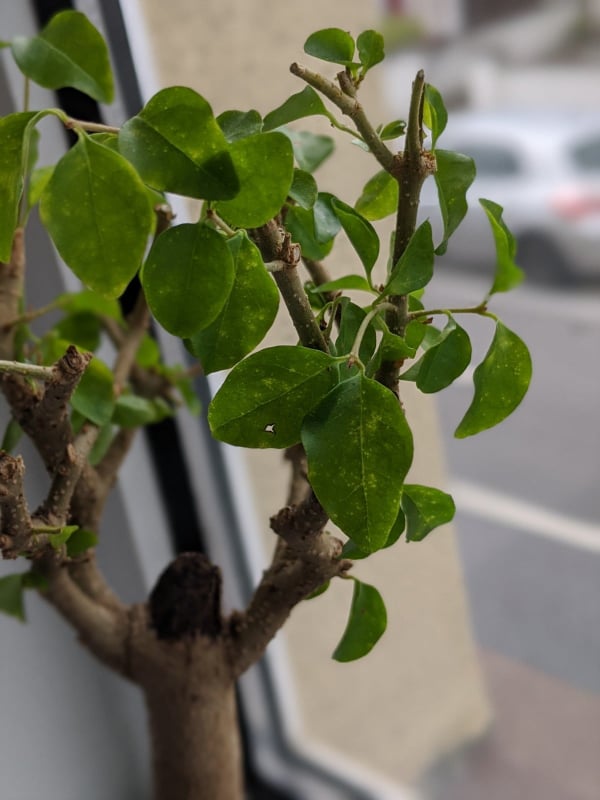 is it ficus? have you also moved the plant or just re-potted it?

yellow leaves may indicate water stress. either you don't water or humidity is low. water it / spray leaves with water and it should be fine.

Not the answer you're looking for? Browse other questions tagged leaves growth bonsai or ask your own question.

18
Best help for a tree with stunted growth?
17
How should a lemon tree with yellowing leaves, peeling bark, and small fruit be saved?
4
Ficus lost 80% of leaves over the course of November
2
Saving a blueberry bush that lost all leaves
2
Lettuce Growth Stunted
1
Is it possible to revive a lemon tree with no leaves and one lemon?