I repotted a Golden gate Ficus bonsai about a month ago and just noticed something today I'm not sure about.

It appears 5-6 root tips have hit the sides of the pot, growing on the surface and some are trying to climb over the side!

I hadent seen this happen the last two times I repotted so I wanted to ask if I should be concerned.

Something different this time I repotted is I used an unglazed clay pot. Could that be bad? I also used a slightly different soil mixture due to running out of bonsai soil, about 35% bonsai soil, 35% cactus soil, 15% sand, 15% vermiculite. Maybe the soil isn't right? It was in 100% bonsai dirt before.

Maybe it's not a problem and will make some beautiful looking surface roots?

I'm uploading some pictures. The far shot shows the tree in it's current pot on the left, the Jade on the right is in the pot this tree was in before I repotted this spring. 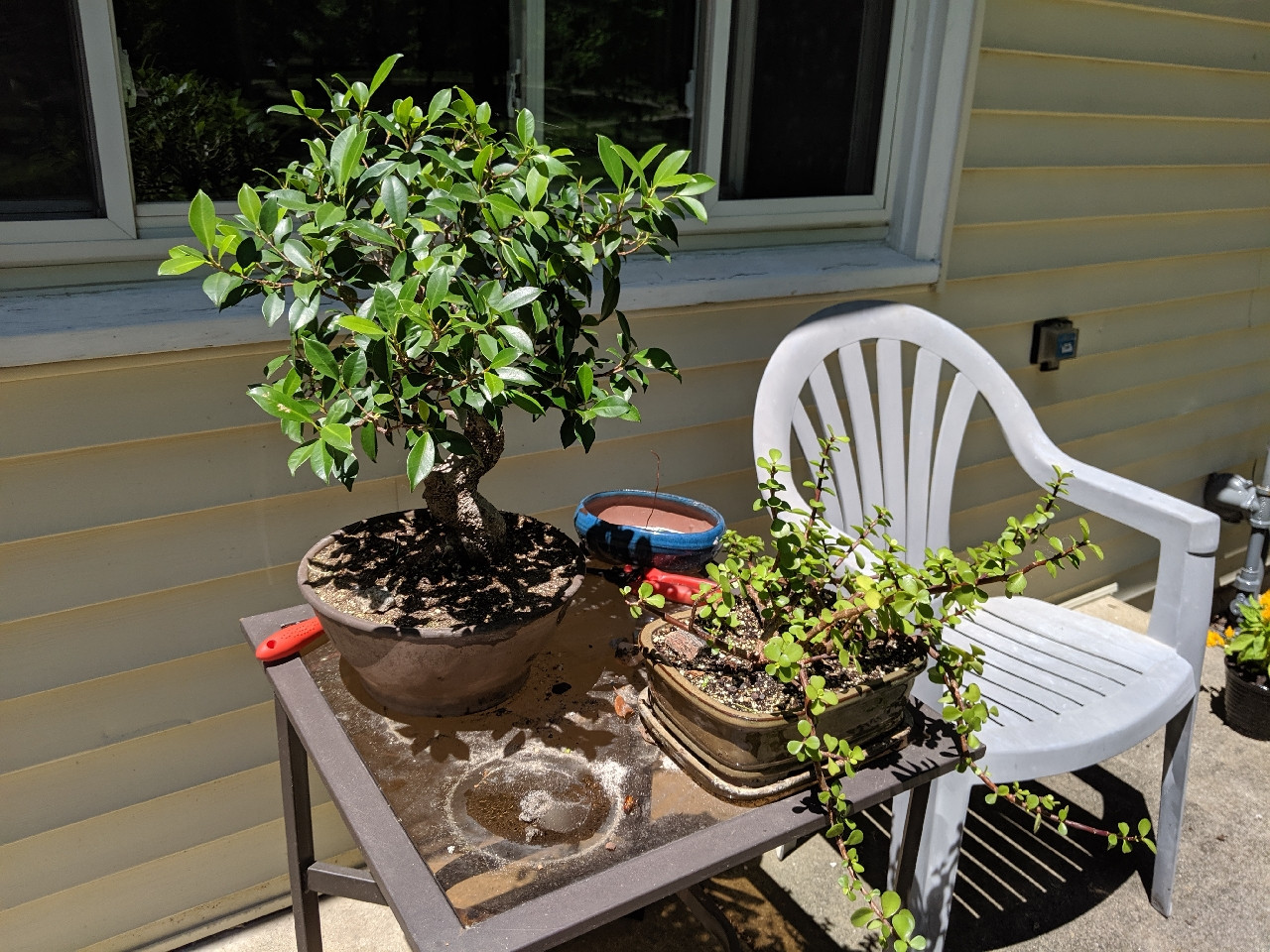 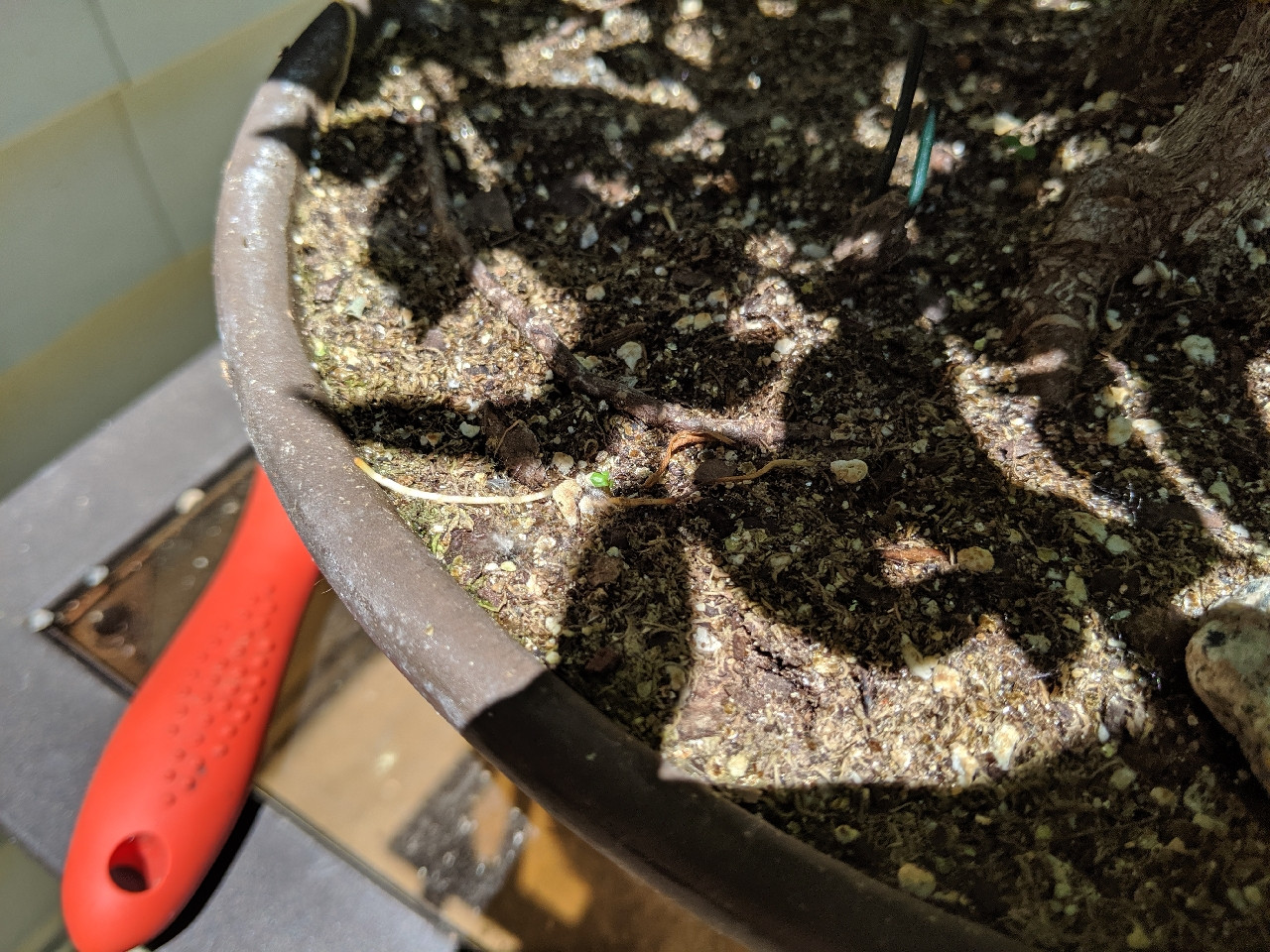 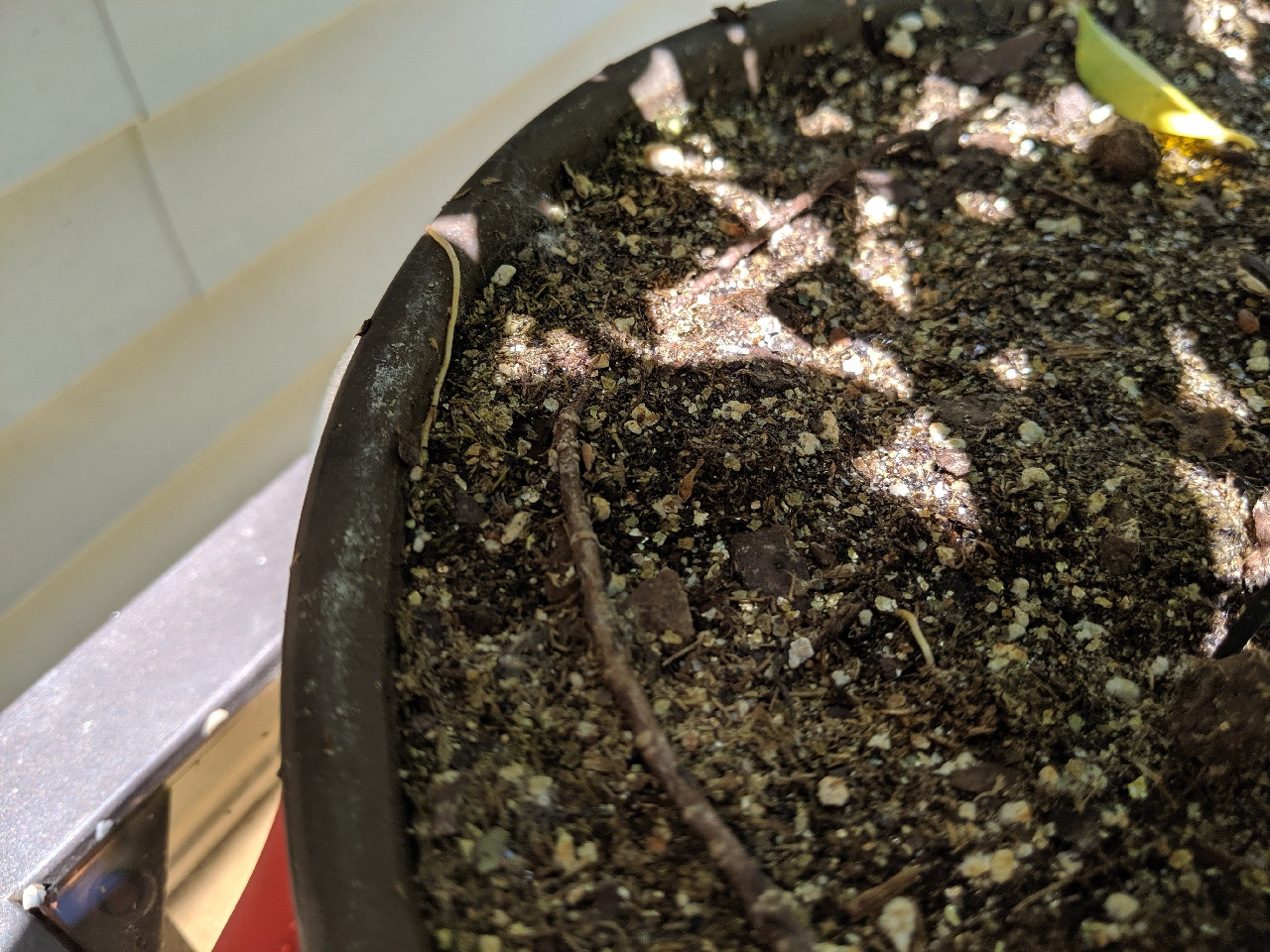 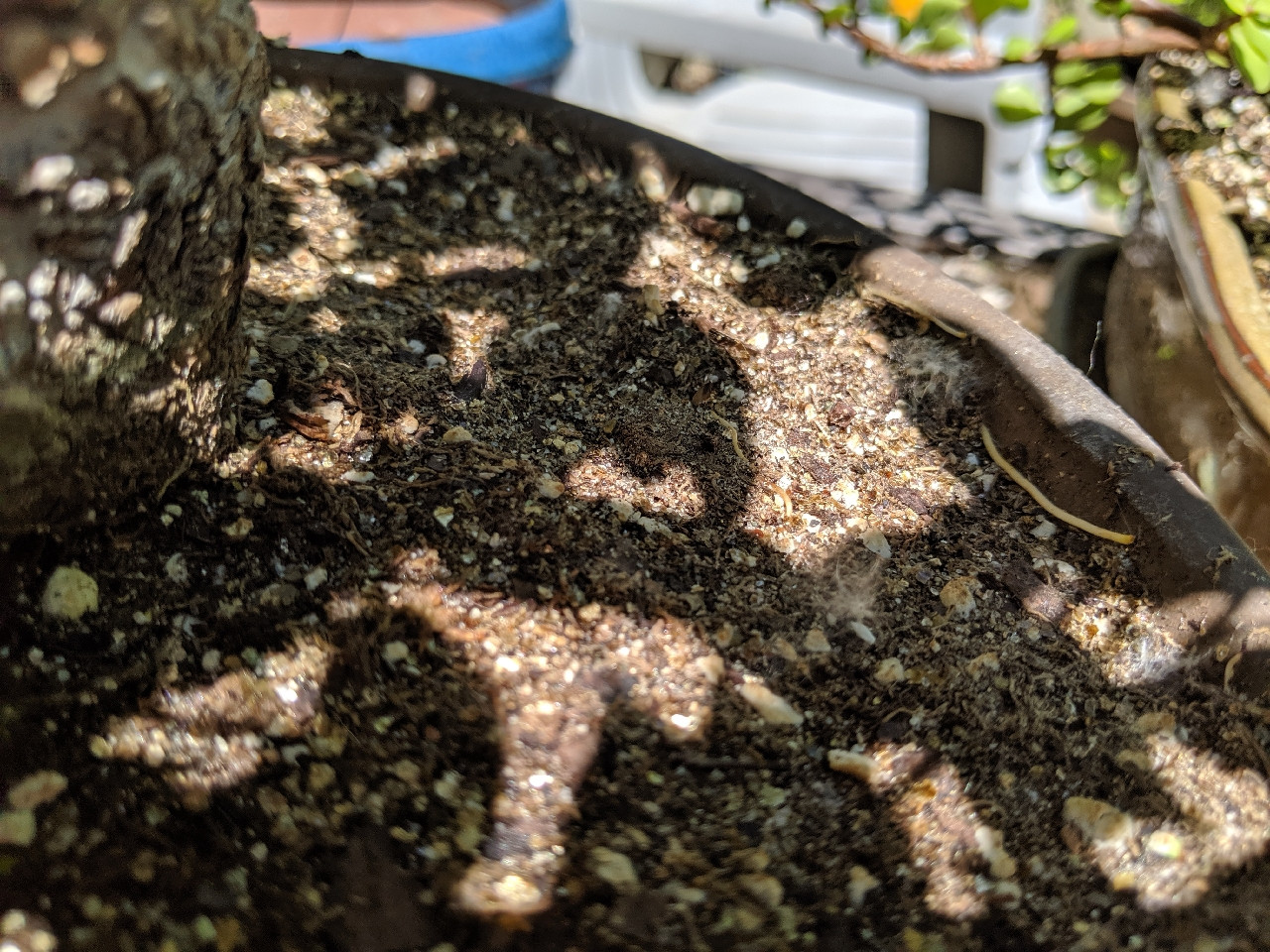 Your Ficus bonsai looks great man! The roots start to look for more space, roots from Ficus are notorious for traveling above ground. Think of the trees that cover the ruins of King Louie in Jungle book, for example.

You can cut the roots that come above ground off, I mean for esthetic reasons. Roots that start from the trunk above ground are okay though, but roots coming up at the end of the pot in my opinion not (is my opinion, not a rule or anything). It has nothing to do with your pot, unglazed is fine, and the pot suits your tree well. I think your soil mixture is okay too. So I guess it is just the roots searching for more space, and Ficus tends to traveling above ground if necessary.

Not the answer you're looking for? Browse other questions tagged growth bonsai ficus or ask your own question.

2
When should I plant my tree saplings into a bonsai pot?
5
How do I improve the growth of this Ficus?
5
Dawn Redwood Bonsai Forrest Issue
3
Can I Repot a Jade tree in December?
4
Is my rubber plant unhappy?
1
Ficus bonsai regrowth
1
How should I diagnose leaf problems on these bonsai?
3
Bonsai growth stunted