I would like to know what causes the leaves to be crinkled and then the whole plant dies. I planted a bean seed in this soil before and the leaves gradually became crinkled and died. I thought that's because I watered it too much and due to the lack of nitrogen fertilizer.

I mixed the soil with sand to make good ventilation and I made holes in the bottom of the jar so that the excess water leaks. I planted another seed but the leaves became crinkled again. I thought it's due to lack of fertilizers so I put too much Azote fertilizer. It finally died because of crinkled leaves and too much fertilizer.

I changed the type of beans. I brought a type that has smaller seeds which I think it's planted locally in Egypt. The leaves are also crinkled as you can see in the picture. Is that normal or Is it going to die? What's the cause of the crinkled leaves? Is it a virus or lack of a specific nutrient or what?

I spend months doing my own trial and error but didn't work. 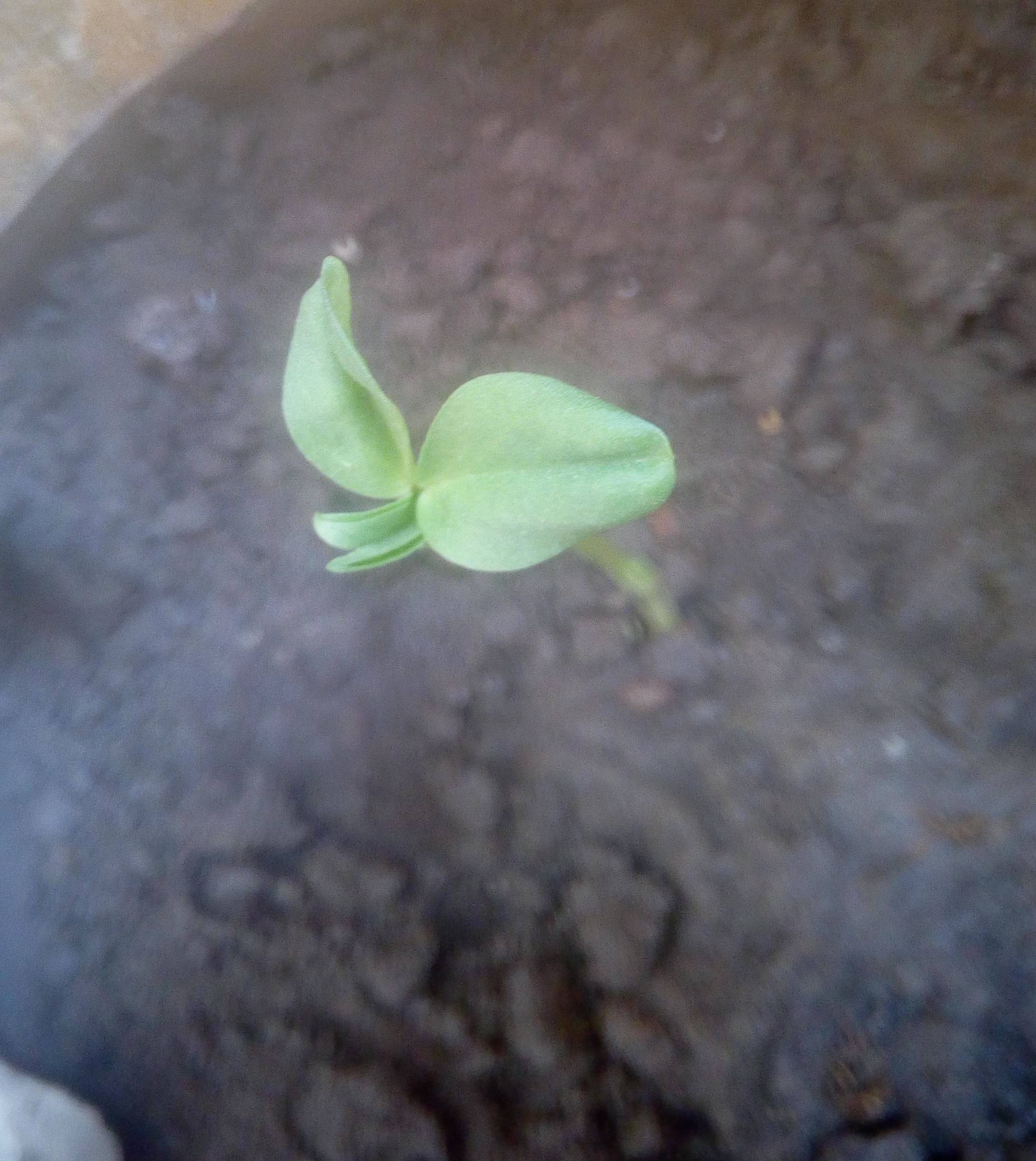 I think we could create 3 categories of problems here:

It should be possible to eliminate some of these with quick experiments. First you could consider a mason jar test - fortunately beans contain a lot of nourishment in their cotyledons and will quite easily survive on stored food to several real leaves before the plant needs any additional fertilizer. Line a mason jar with a single layer of absorbent paper and fill the jar inside with inert sand. Add enough water to the sand so that you can see it form a layer at the base of the jar but no more, that is, make it damp. Insert a bean or two or three in between the paper and the side of the jar about halfway up the jar. Add no fertilizer. This way the bean can feel the moisture but is only in contact with paper and glass. Wait for it to germinate, it will only take a few days and will grow substantially on its own resources.

If the crinkling occurs then we know the issue is in the seed or the water. Could it be the water? Can you devise a method to eliminate that too? Perhaps the seed is supposed to crinkle naturally and is nothing to worry about. I sense that you have a scientific methodical approach and can adapt this suggestion as you feel necessary.

Not the answer you're looking for? Browse other questions tagged plant-care or ask your own question.

4
Identify potted plant growing too tall (>8-9 ft)
7
What soil mixture should I use for my office Schefflera?
7
What do I do with my avocado plant during arctic winter?
5
When Will Radicchio Leaves Change Colour
12
My basil is “rotting”, here's all the clues I have gathered
2
How much sun for a hellebore plant?
1
outdoor fuchsia leaves purpling
1
Why are my indeterminate San Marzano tomato plant's leaves turning yellow?
0
New leaves with holes on my spathiphyllum