What do I do with my avocado plant during arctic winter?

I am going to start with describing my plant and how it has grown and its living conditions, and then I'll ask my questions later. So I have this indoor avocado plant which I planted from a nut and it is dearly loved by me. I named it Bertil. It is about eight months old, about 40 cm/16 inches tall from the soil up, and due to arctic climate I cannot plant it outside. I just moved a little more south so it won't be affected by the eight months of darkness, though it will get a little darker during winter. Also our house is a bit cold, around 18 °C (depends whether or not it's sunny outside). I don't know what soil I used, my mum just recommended it. And I don't think there is a lot of salt in our tap water as the main source is surface water from lakes etc., but I could be wrong. I water it daily, but not too much. I keep the soil moist. Some say I should let it dry out and/or soak it once a week. I am confused.

Some history of Bertil. I repotted it during summer, late June (it's now late October) and it had a huge growth spurt since then. I originally had two plants, where one had two stems from the beginning, but died of unknown reasons. The one that survived originally had just one stem, but after repotting and a car drive it suddenly had a new, long stem, which in the end is the one that grew to be 40 cm. The original stem hasn't grown more than 2-3 cm.

I try to keep my plant in the sun and at not too low temperature. I don't over water it (I think). I have been reading here for tips, and I noticed it was recommended not to water in the saucer or have gravel/rocks in the bottom, and I have/do both. It has gotten pretty big now (as mentioned), but there are a few things that worry me. The bottom leaves especially and some of the above have started to curl a little at the tip and I know they should be smooth. Also the lower leaves have gotten brown tips. It's rather healthy otherwise and there is new leaves at the top. Some time ago I plucked it at the top to encourage the lower leaves to be bigger, and it has helped. The top leaves are huge! But I am worried. Especially now that winter is approaching. How much sunlight does it need, what is the ideal temperature? Should I water it differently, or how should I water it? It's doing ok now, but some of the leaves have started to curl and turn brown at the tip; is this a warning sign?

So the questions are:

I would truly appreciate if someone would take the time to reply because I would be very sad if this plant died. Also it is a wonder something hasn't gone wrong earlier as I probably potted them too early in the ceramic pots.

Here are some pictures of it now: 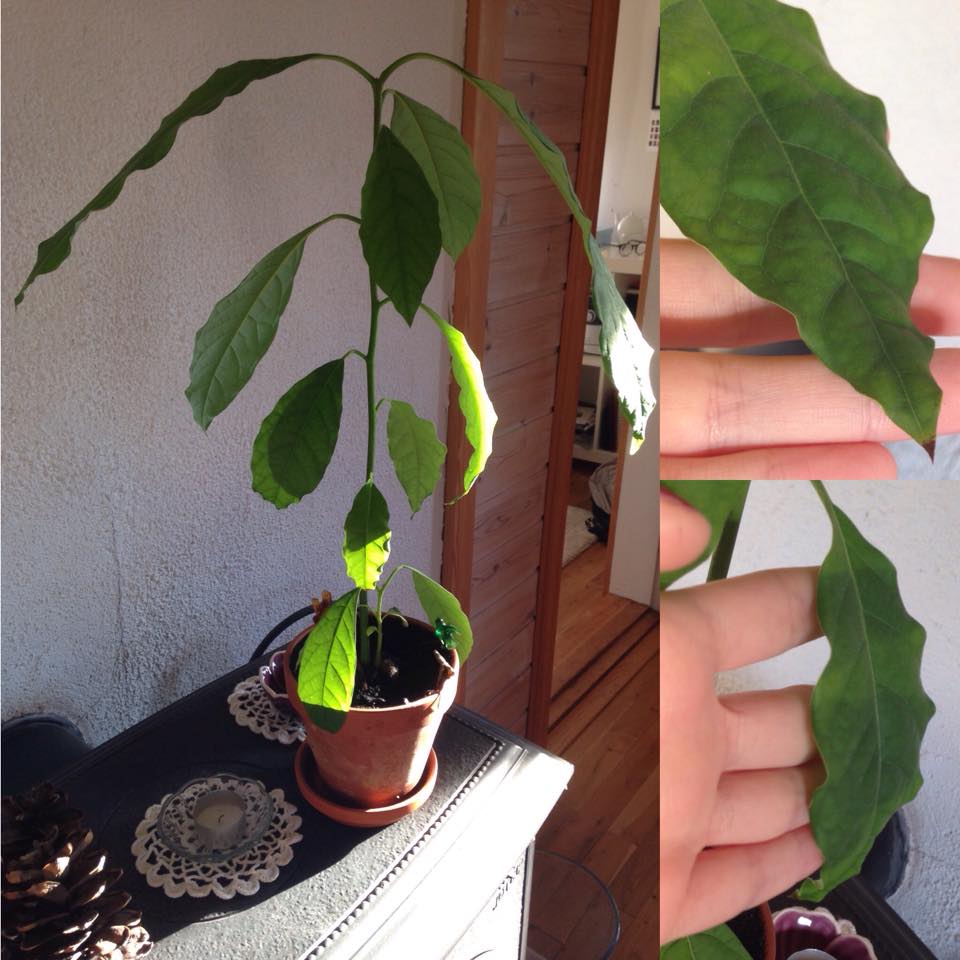 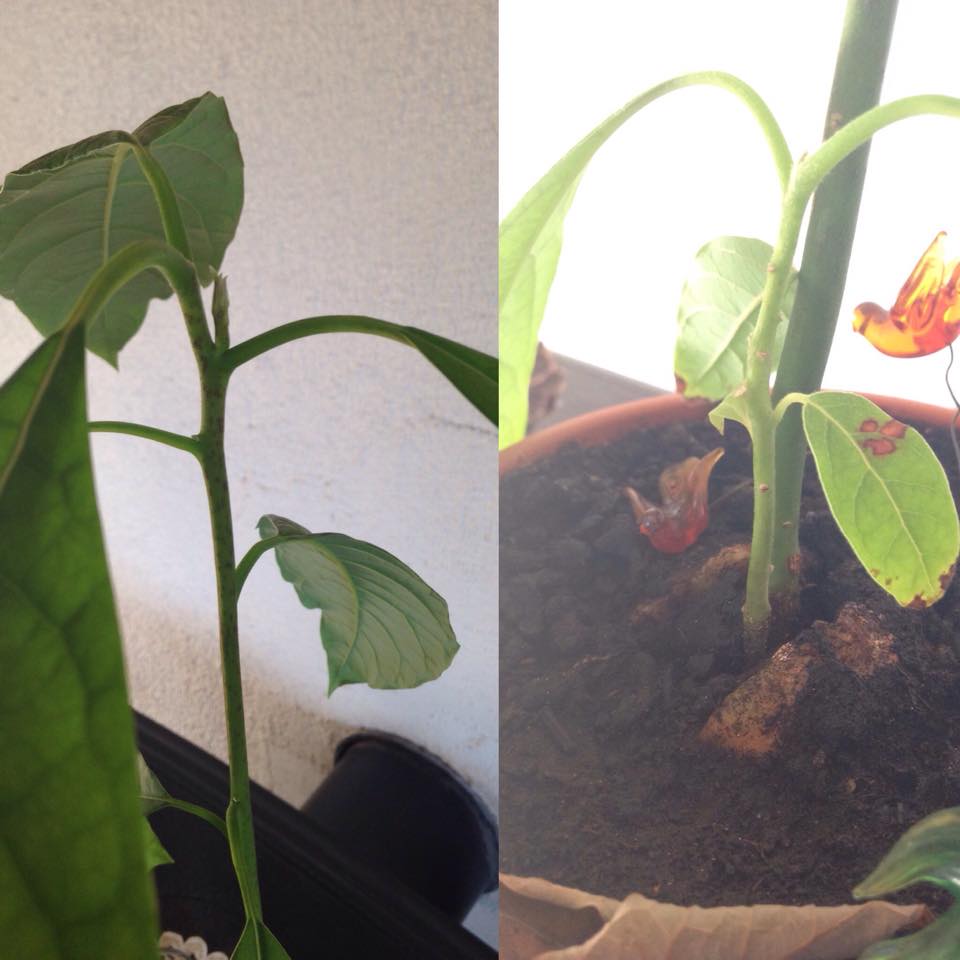 Avocadoes prefer lots of sunlight and do not like to have wet soil. They do not do well in the dry indoors environment of the winter months here in the western hemisphere, but they do survive. Yours looks like it is dropping leaves perhaps because of the low light levels or the coolness of the room? In my experience, keeping them as close as possible to a natural light source will help them to thrive indoors. As you state, they are personable species, and it is disheartening to see them in any kind of trouble. Having said that, I find that all of my avocadoes suffer during the winter months - some die off, and others seem to struggle through until the spring and summer months when they can go outside again and set forth new growth. Perhaps you would be happier if you planted a couple of companions and see which ones do well indoors during the winter. Fortunately they are very easy to grow from the pits!

I say collect rain water to water it. Once a week till it's summer then 2-3 times a week if it's really hot. Also leave near window during the day. Any natural light is better than no light I say. And I read that it can survive 50 degrees. I think if it gets colder cover it with a trash bag to for the night. That's what I do and will do to mine. I have one inside and one out side that just grew from my compost. Good luck.

Not the answer you're looking for? Browse other questions tagged indoors leaves plant-care avocado winter or ask your own question.