How to Revive my Lemon Tree? 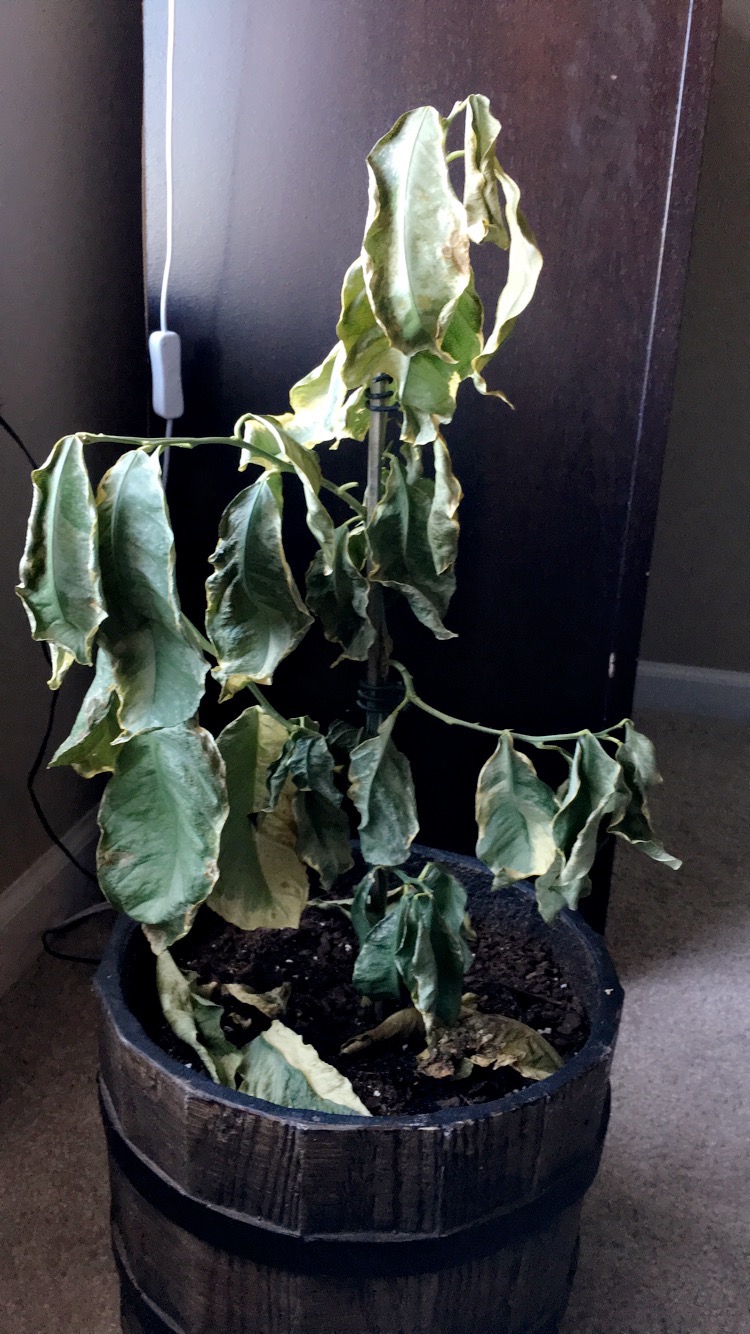 My pink variegated lemon tree is less than a year old and this is its first winter. Until a week ago its leaves were droopy, but still bright green. I took it home with my over christmas and think that the transporting in the cold weather may have been the cause of this. Now all its leaves are really dry and falling off. What can I do to revive him?

First of all, lighly scratch the bark to see if it's green under the superficial brown layer. If it's green, it is still alive.

To promote new growth remove all leaves because once the plant figures out that it has no more leaves, it will send out new shoots.

To avoid new branches to form in a random pattern and to avoid the plant dividing its energy between lots of new shoots, cut off all the branches and most part of the stem. Keep only the lower part of the stem where the first 2 branches were, just about a few cm above the second one.

Be careful when you remove those branches not to damage the area right beneath them. That area containes epicormic buds that will generate new shoots that will later grow to become branches.

I just saved my lemon tree. Sorry I can’t share it in a photo.

Not the answer you're looking for? Browse other questions tagged trees lemons or ask your own question.

8
What time of year to mulch/feed trees?
2
How can I make my seedling jacaranda recover
4
Why didn't my Meyer Lemon tree produce fruit after it blossomed?
4
Another dying Meyer lemon tree
1
What causes sudden discoloration and leaf drop in a mature lemon tree?
4
How to prevent water at the bottom of a large ceramic indoor container for a Norfolk Island Pine?