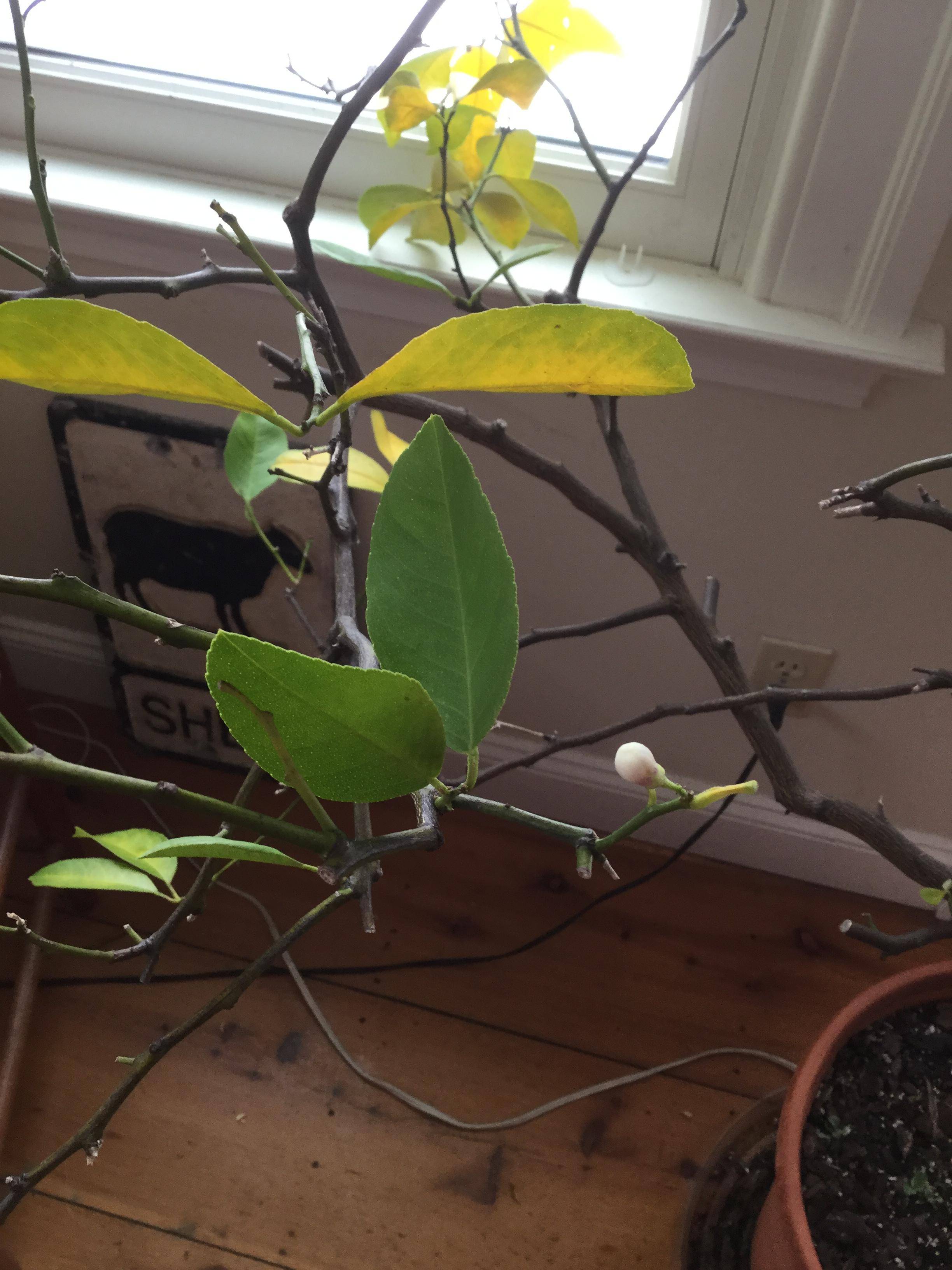 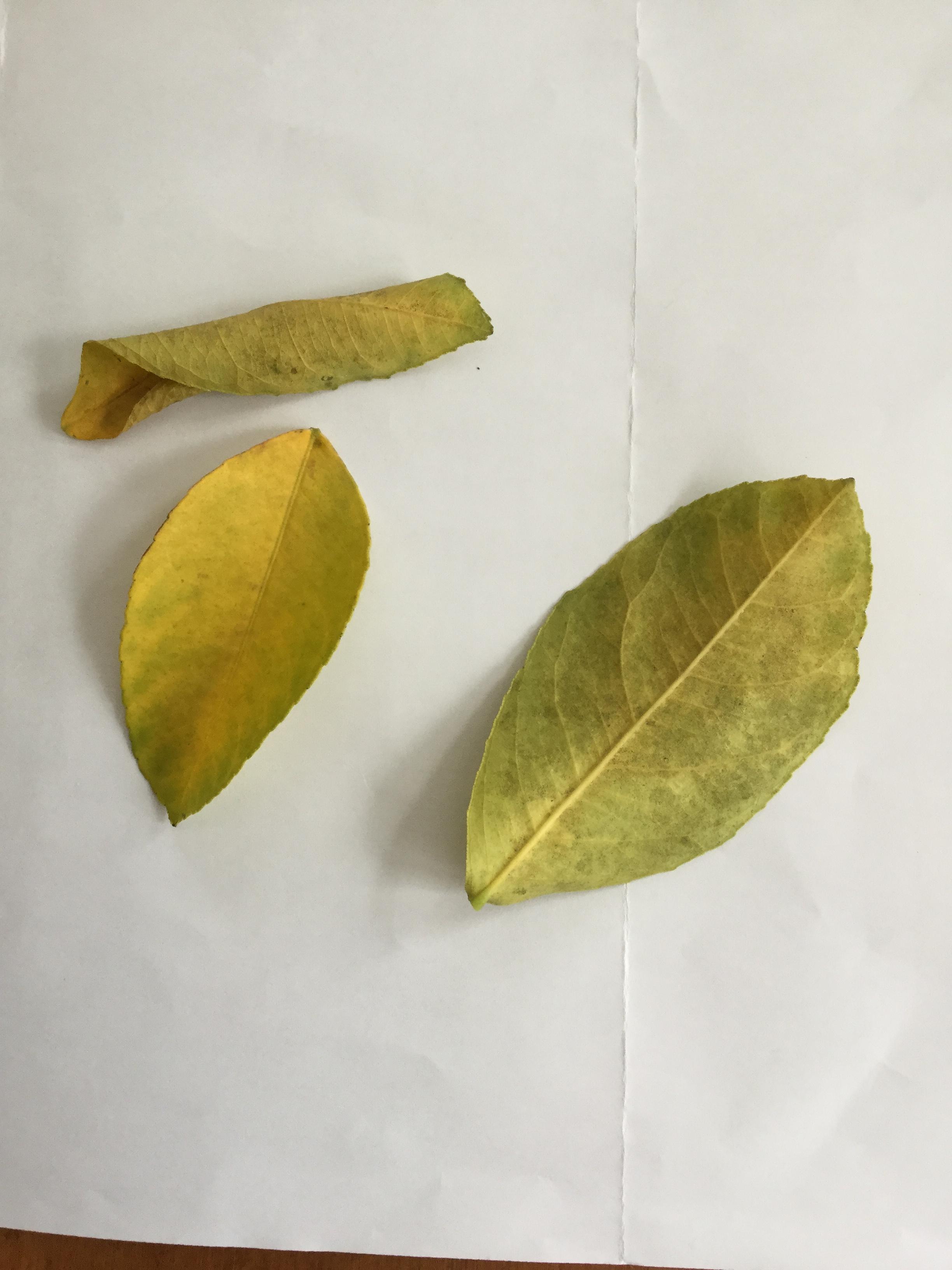 I have two potted Meyer lemon trees, both about 20 years old, in 14" pots. I live in Rhode Island, so the trees are outside from May to October, then in a west facing, roughly 70 degree kitchen, with large windows and skylights, for the winter. I have had various issues over the years, mostly from scale insect or over-fertilization, but have always been able to bring them back. Re potted (and root pruned) both trees last fall, using a mixture of orchid medium (lots of bark), perlite and potting soil. They are on pot feet in plastic saucers. I water once or twice a week until water runs out of the bottom. One tree is doing fairly well, but the second which has always had a weaker root system—looks terrible. Leaves drooping and yellowing, some flower buds but I know that's not necessarily a good sign.It's still green under the bark when I scrape the bottom of the trunk, however. Was fertilizing weekly all summer, but have not fertilized either tree since they came in for the winter. There's no evidence of scale. What am I doing wrong? Can anyone help? These trees are part of the family!

You have repotted an ailing plant that appears to have a nutrient deficiency so presumably it's either a root issue or other disease problem. It's severely lacking in leaves and I guess it's flowering in an attempt to survive.

I'd suggest reporting it again in a larger pot in a commercial citrus potting mix, examining the roots again, and feeding it with a myocrhyzzal fungal fertiliser with some additional nitrogen in an attempt to rejuvenate it.

Not the answer you're looking for? Browse other questions tagged trees watering containers compost or ask your own question.

13
How deep to dig for a new flowering pear tree?
12
How should I choose which trees to cull?
7
Trimming back a Meyer Lemon tree
5
Why are my Freesias sprouting in the fall?
7
Bay Leaf Tree (Laurus Nobilis) with severe scale
3
What leaves should I feed worms?
3
Dwarf citrus Meyer lemon pot size
7
How many years does it take to grow a tree big enough for firewood?
1
My over 23 year old Mango tree wilted and cracks on barks. Verticillium wilt or Dieback?