Should I remove the top of a tall, skinny eucalyptus to promote a stronger core?

I've got a tall skinny eucalyptus tree that I planted about a year and a half ago. When I bought it, its trunk was somewhat narrow, and tethered in at least three spots to a stake to keep it straight. However it seems that this has caused it to not have a strong trunk, as it hasn't had to fend for itself in the wind and weather.

Fast forward a year and a bit, and it's at least another meter taller, but no stronger. I've released the tether except for one right at the top to prevent it from bowing over and breaking.

To recover this, can/should I lop off the top in the hope that it re-sprouts further below and develops a stronger trunk on its own (without the tether)? If I do this, how far from the top should I cut?

Here are some close-ups for identification of the specific type of eucalyptus: 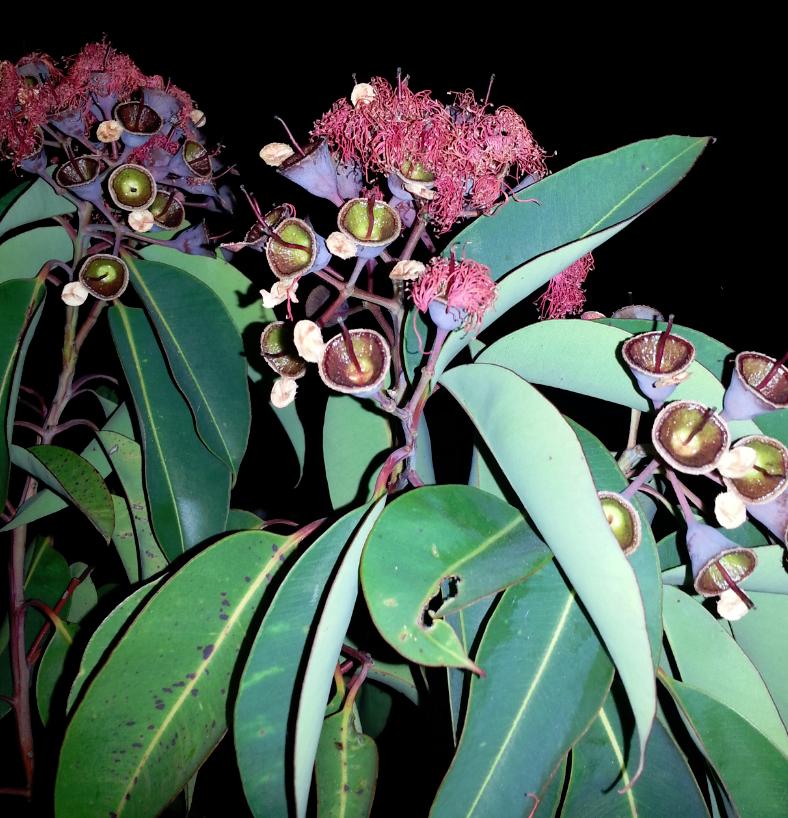 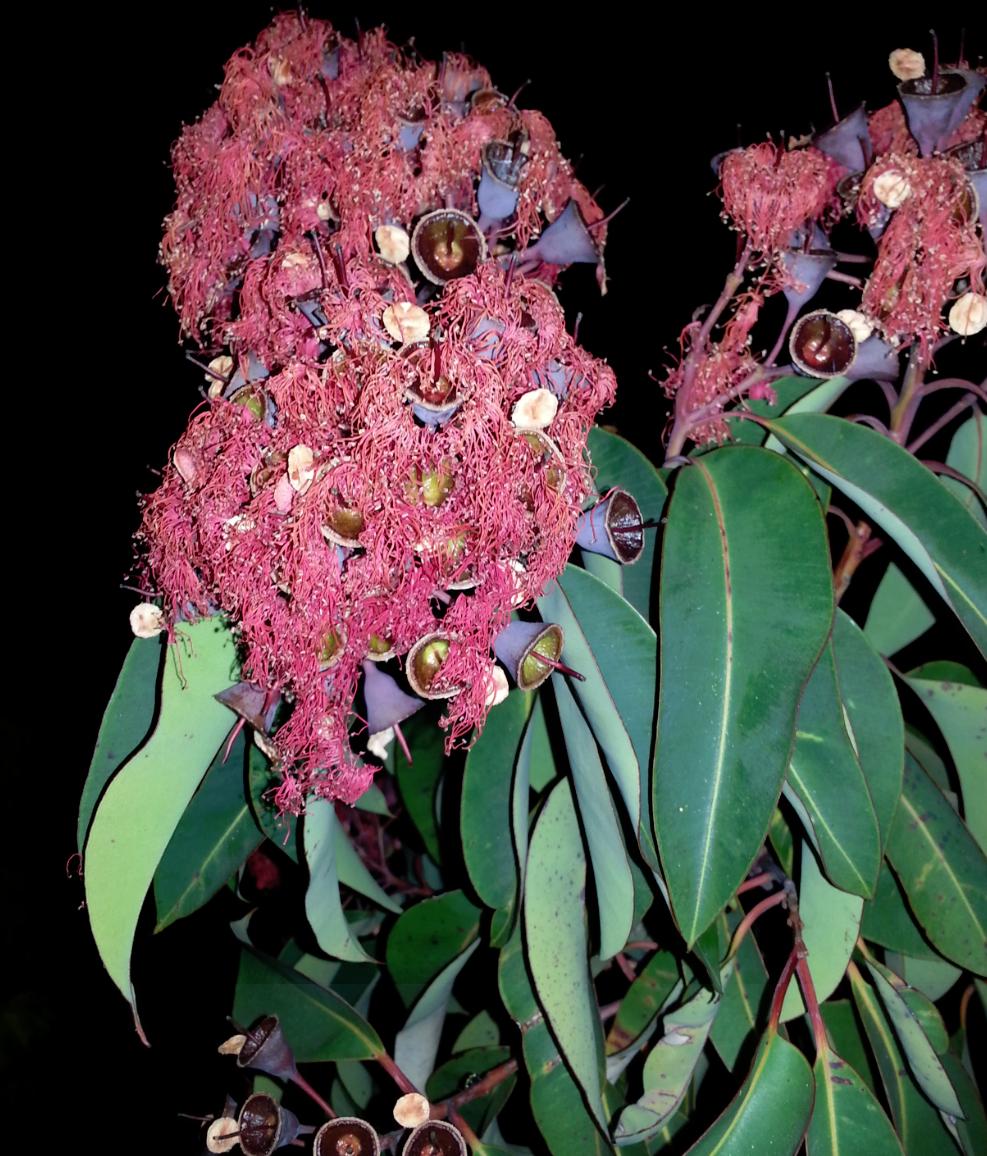 I think its probably Corymbia ficifolia, one of the eucalypts, and the time to prune it is as the seed pods (known as ground nuts) start forming, which is now for your tree. It's usual to prune back branches behind the flowers, otherwise, the tree puts energy into growing taller beyond the point where the seedpods are forming rather than lateral growths. If your tree flowered last year and you didn't prune it afterwards, that would partially explain why it's got so tall, yet not thickened up. Because your tree is rather spindly, were it mine, I'd certainly risk cutting it down by half, leaving no foliage at all, but whether you want to risk that or not is your choice.

I have no idea how well it will respond to that kind of hard pruning, having only ever done that type of prune on Eucalyptus gunnii. The problem with doing that is, if it works, it will force branched growth from the point at which you've cut, and your tree is planted too close to a fence, so that any lateral growths will be butting up against it; if you want to risk it, you'll have to cut it just at the point where the fence stops. I'd also detach it completely from its stake to allow for more trunk movement, especially as its proximity to the fence may means it's getting less exposure to any wind that's about anyway, adding to the lack of thickening of the trunk. General information regarding pruning in the link below.

Not the answer you're looking for? Browse other questions tagged trees pruning support or ask your own question.

5
Perpetually unhealthy tree. Suggestions? [Pics]
4
Should I remove the suckers from the base of my new tree?
2
Whats the next step to improving my schefflera?
4
Staking a Weeping Willow
7
What kind of tree is this?
4
How to stop trunk from crumbling
2
Which tree should we remove to allow more light into the yard
5
Why are large sections of bark peeling off these birch trees? Is it contagious?
7
Should I cut the top of my Schefflera?
4
My sunflowers are too tall (over 5') and butting into the top of my enclosed garden