My mother has always wanted a weeping willow and we have a nice spot that won't hold water, but the majority of run-off water from the yard flows past it. So I bought her one and planted it. I babied it for her all summer. It did great. Then fall rolls around and deer decided it would be the perfect tree to rub it's velvet off on. It ended up taking the bark off all the way around and about 2' up and down. It stayed green, but I didn't have much hope. I figured it might have some cambium layer intact and had just had the outer bark removed. Over the winter, we got some snow and it bent the tree pretty much to the ground. It was completely dead by the spring.

So I bought her a new one for her birthday in March last year. As an interesting side note, I noticed a couple of little growths on the lower, undamaged, portion of the trunk. I cut of the dead top and when I took it out of the ground, I popped it in the pot the other came out of. I set it in the water puddle formed by the AC unit and it has grown an almost 6' tall whip over last summer and part of this summer. I've since planted it at the river.

I planted the new one and caged it to prevent deer from getting at it. It had a thick bamboo stake, so I left it there and made sure the ties weren't cutting into the bark. After a little over a year I decided to remove the stake the other day, because I know it's better for trees to sway and build trunk and root strength. Also, I have a little apple tree that needed it. However, it got very windy that day and I noticed the tree was bending a lot. Now I notice when I go over there, that while it isn't leaning on it, the tree will be touching different sides of the cage like the wind blew it from one side to the other.

What I want to know is whether or not I should restake it, giving it the ability to sway, but not lean more than 6-8" either way. That should let the trunk build strength, but not bend to the ground if it gets snow or heavy ice on it. Thanks for the help. I just don't want to loose another one after babying it for two summers. Thanks.

Here are some pictures of it, you can see the amount of lean I'm concerned about. It was straight up with the stake: 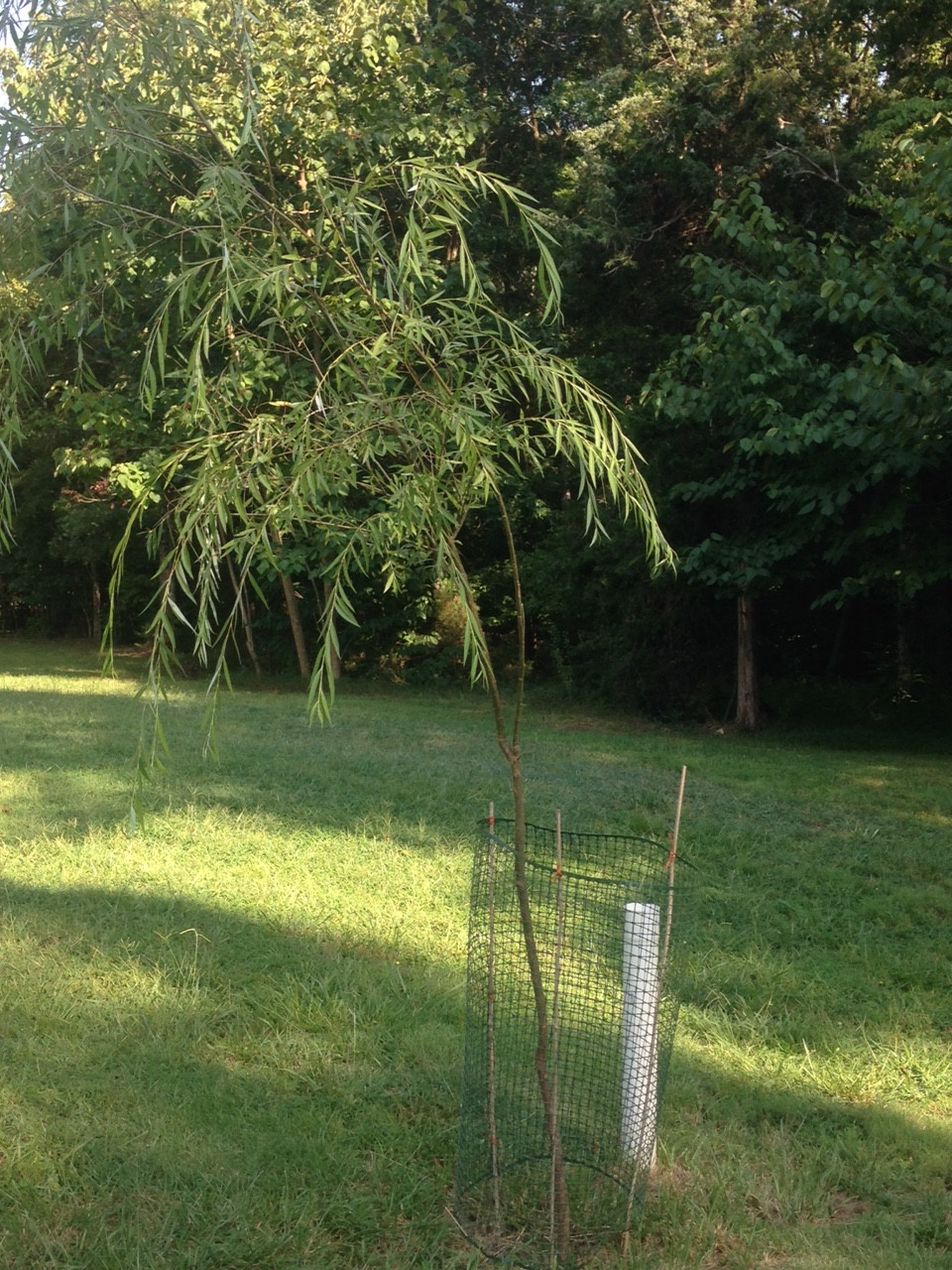 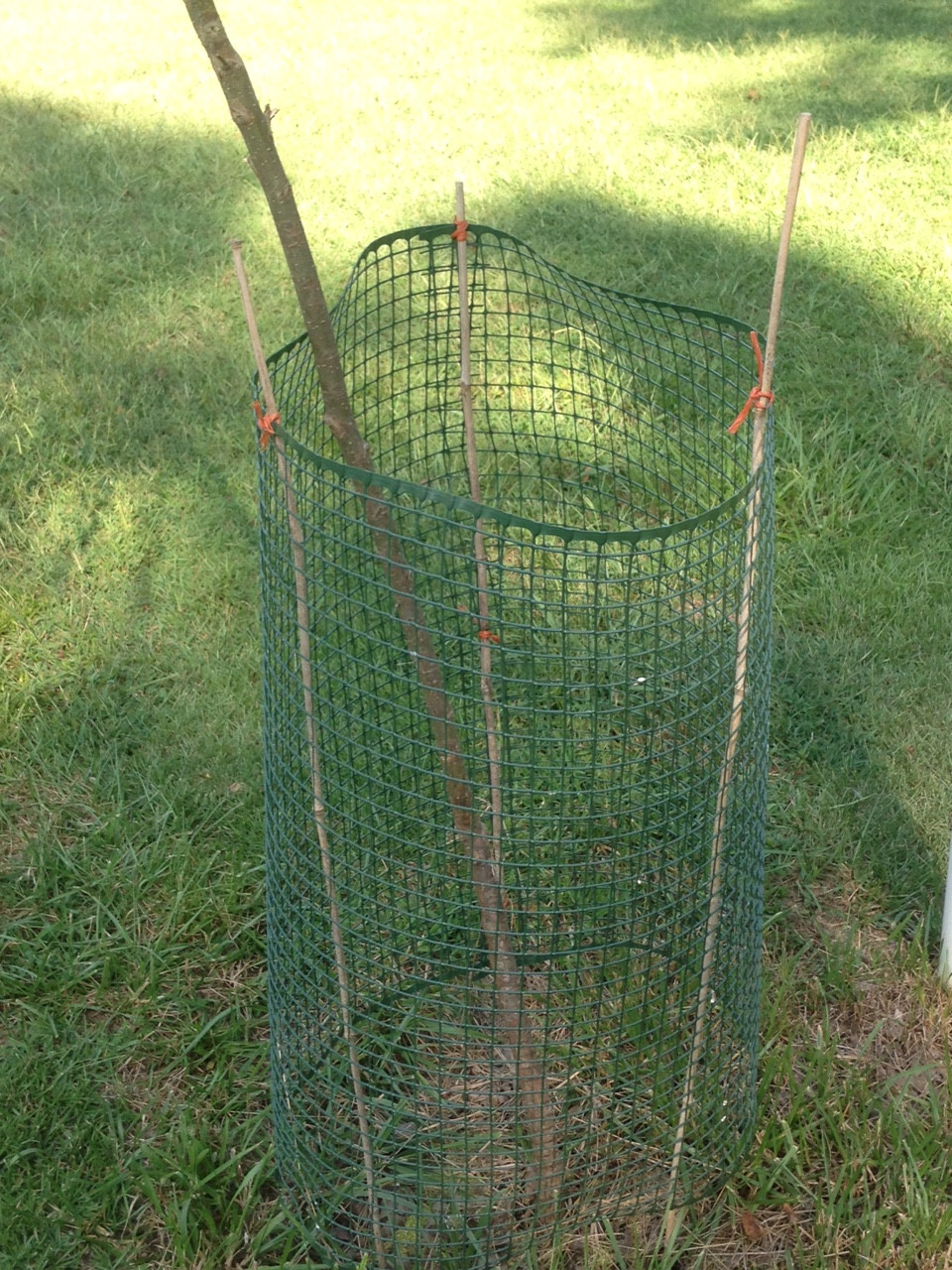 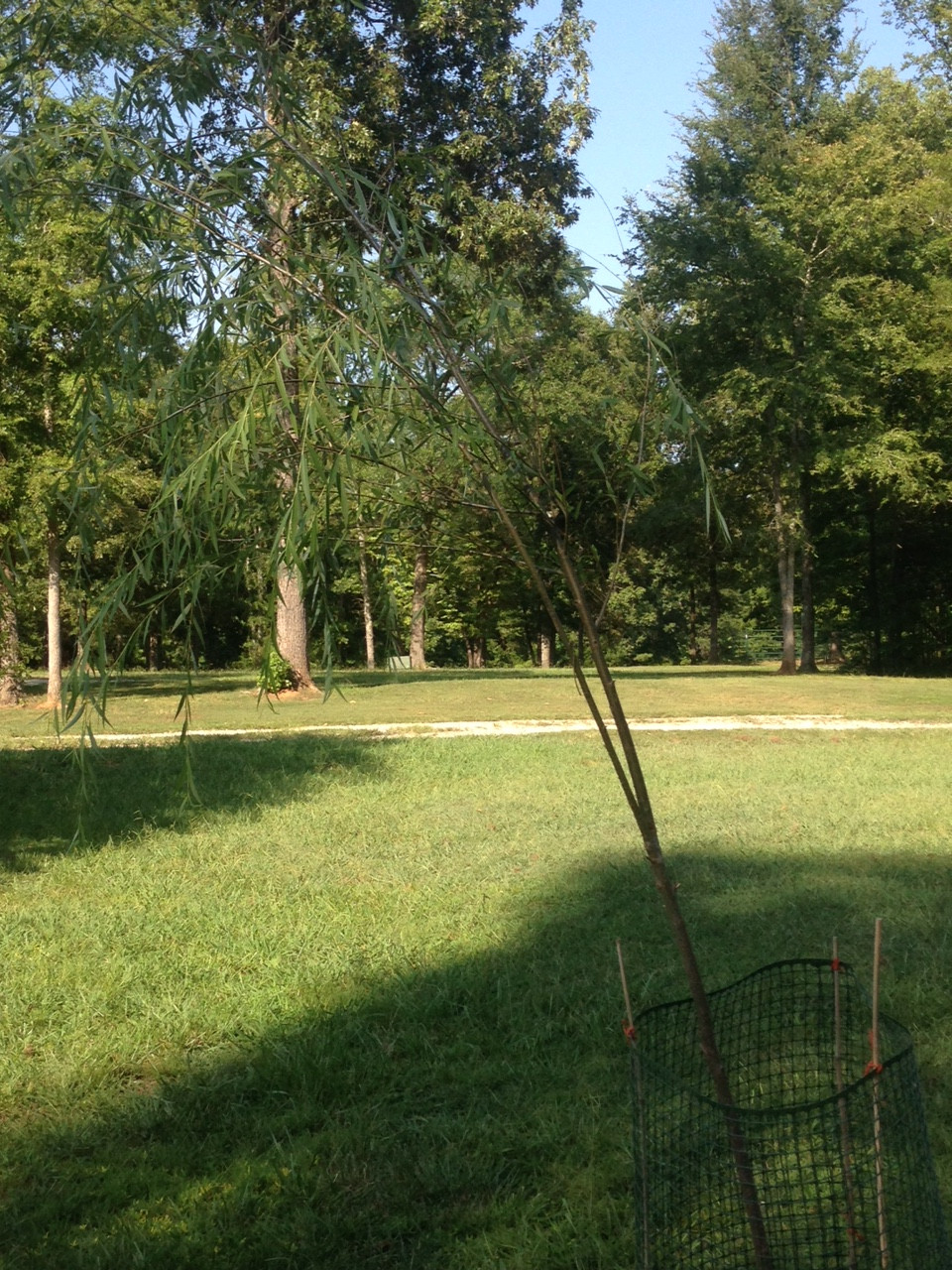 Yes, secure it with soft rubber like ties at three points which are attached to stakes in the ground.

Not the answer you're looking for? Browse other questions tagged trees overwintering weeping-willow staking or ask your own question.

5
Remove beautiful Weeping Willow or grind the roots?
6
Weeping willow not growing
3
Should I remove the top of a tall, skinny eucalyptus to promote a stronger core?
3
Is there a small variety of weeping willow?
4
What is wrong with my trees? The bark on one side is cracking, splitting, and peeling off
3
What should I do for unknown tree bark injury on a Chinese Pistache?
3
Growing "Laurus nobilis" in scandinavia
0
Letting a sucker replace a dead tree
3
Should I do something about the curve in this sapling?
1
Dying Pink lemon tree