Why are large sections of bark peeling off these birch trees? Is it contagious?

I'm seeking information about what appears to be a severe problem affecting the bark of three trees, which I think are birches. They were found in July by my husband in a state park, about ten miles from my home in Central Massachusetts, USA. It's heavily wooded, with many different types and sizes of trees.

The main purpose of the question is that my friend and I have birches in our yards which, although much younger and smaller, have begun peeling in a similar way. (We took some of ours down last year, in response to advice received in other questions on this site.)

My husband doesn't remember exactly where they were, and isn't likely to go back, so I understand if the details aren't enough to provide answers. He did take a few pictures, and I'm hoping a look at them will be enough to get at least some information, including:

If the only answer is an explanation of what's happening to those trees and nothing else, I'd still be interested, to satisfy my curiousity. Also, another friend said that, no matter what type they are, they're just going through a natural process of "shedding" the outer bark layers, and nothing is wrong at all. If that's the case, I'd like to know that too.

I apologize for the lack of quality of the pictures. He was able to get a wider perspective as well as a few close-ups of certain areas. Clicking on some will enable you to zoom in a bit. 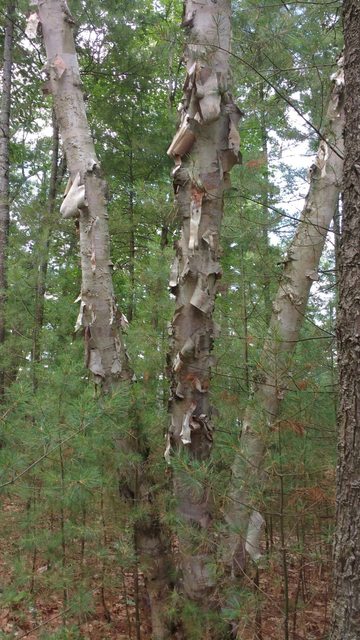 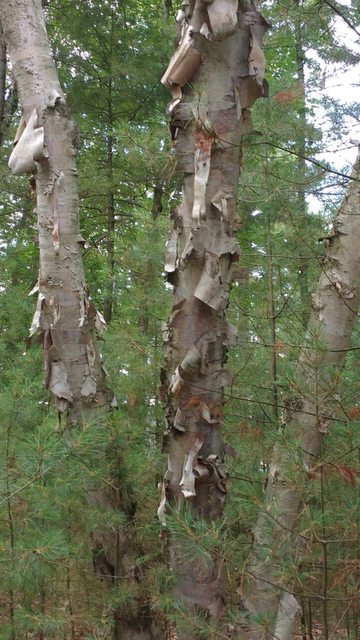 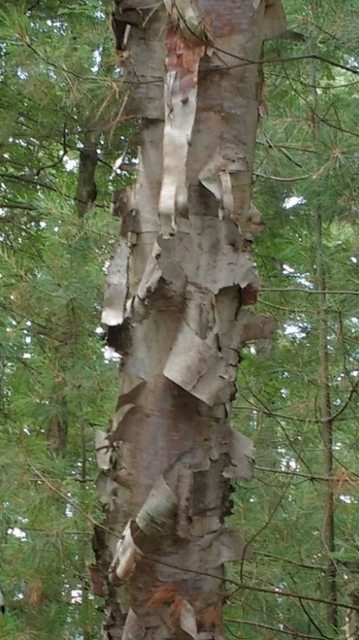 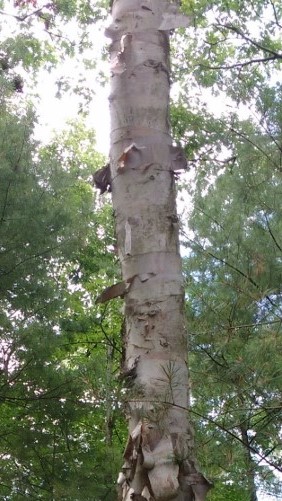 Note that I've seen some other questions about trees with missing bark. They don't look like exact duplicates, unless experts here think so!

@Kevinsky, although he didn't get a picture of the tops, he believes the trees looked healthy all the way up. From his vantage point, he saw no evidence of die-back or other damage, and only remarked that the higher sections were much smoother. Whether that means they already lost the curling/peeling layer, or it hadn't happened yet, he wasn't sure, although he thinks it was the former.

Also, I had forgotten to add a picture of mine. Upon further inspection, though, it looks different than the others, and is probably sick! 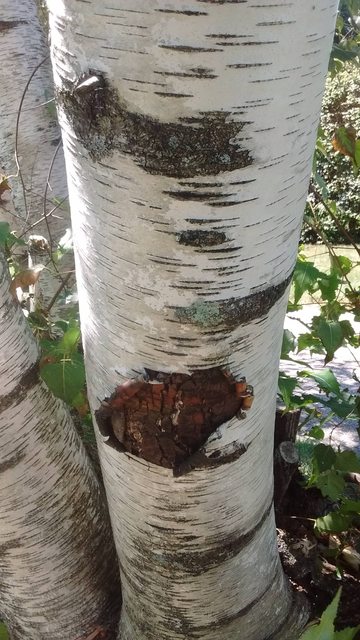 Not the answer you're looking for? Browse other questions tagged trees diagnosis diseases damage or ask your own question.

12
How should I choose which trees to cull?
17
How should a lemon tree with yellowing leaves, peeling bark, and small fruit be saved?
8
Second opinion: Arborist says tree needs to go
3
Why haven't my Birch and London plane tree leafed out yet
1
Why are the leaves of my peach trees turning yellow?
4
What is wrong with my trees? The bark on one side is cracking, splitting, and peeling off
7
What are these sticky droplets and pests on my persimmon trees?
5
What kind of tree is this and what should I do with it?
6
Birch trees with peeling bark and black area on trunks
1
Are the trees in my garden dead?