Flowering plant identification and why might flowers not open?

Are there common/well-known (and hopefully curable) reasons why a plant's flowers would fail to open?

The plant in the pictures below has remained in the same earthenware pot - about 45cm at the top, tapering down to 30 cm, and about 40 cm tall - for at least the four years since I inherited it along with a property purchase. 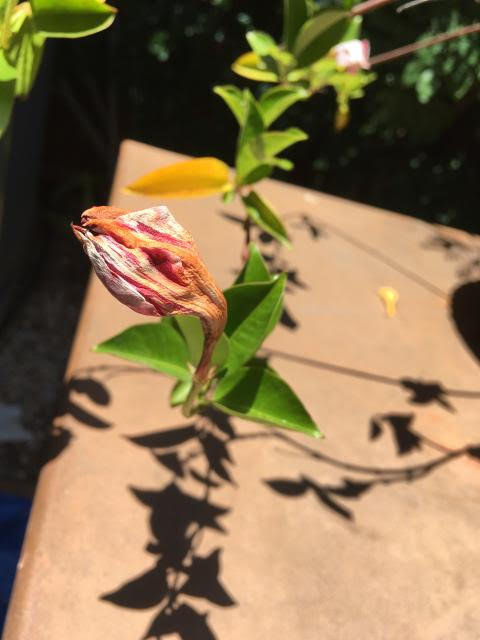 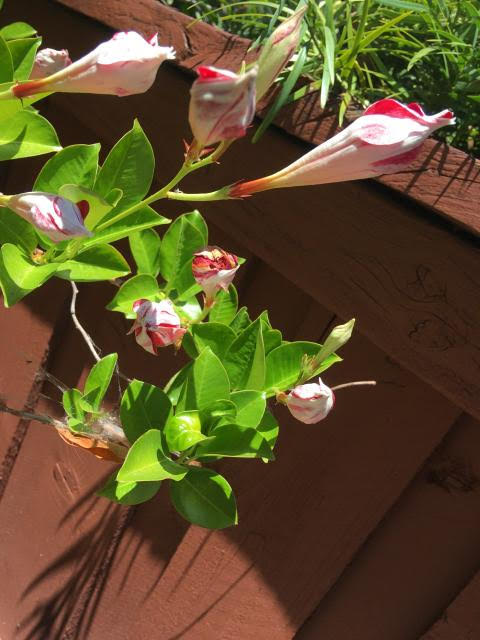 Notice that none of the flowers have actually opened - they've actually been that way for a good four weeks at least. The same is true of the entire plant: not one flower has actually opened! Some have even started wilting without having ever even opened - as in the first picture. I'm almost certain this is the first year the plant has behaved this way - I'm nearly sure the plant was "unexeptional" last year, just going through a "normal" cycle of flowers budding, blooming, and dying.

What are reasons this might be happening? And is there anything I can do to help the plant get back to being healthy?

Also, I'm curious if anyone can help identify the plant. The plant is in southern California, but I have no idea if it is native to the area. I don't think I've seen it anywhere "out in the wild" locally.

Update: As requested, posting a fuller profile pic of the plant with non-opening flowers: 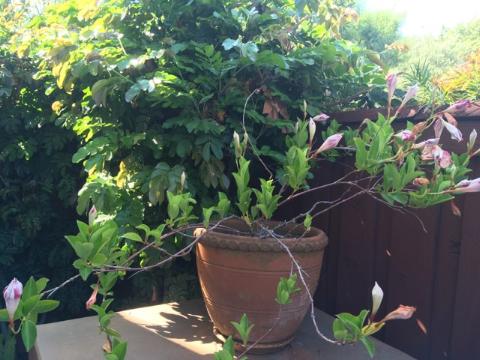 Here's a picture of its neighbor plant - not five feet away. Other than the neighbor plant's flowers being more fully pink than the "sick" one's white/pink mottling, I'd have said they're the same type of plant. Interesting that the healthy one grows far more upward than outward, which the "sick" one seems to prefer. 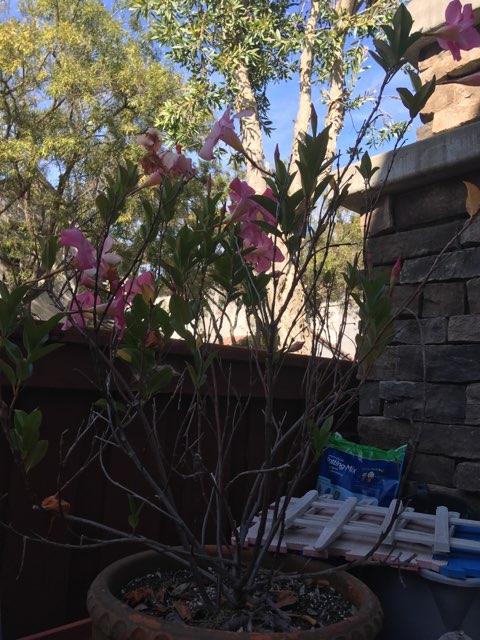 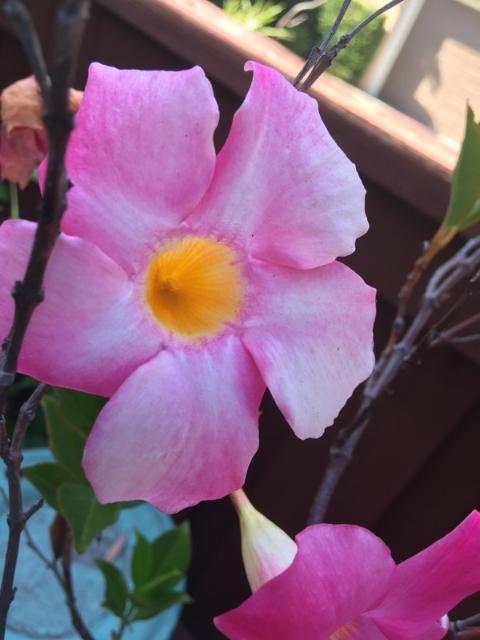 This is going to be a slightly complicated answer! There are two plants which are quite similar to each other, and are often misnamed at point of sale; Mandevilla and Dipladenia. Both have trumpet shaped flowers, but the first is a vine and tends to climb upwards; it requires a support such as a trellis, whereas the second tends to trail downwards and doesn't get quite so large. Mandevilla are most usually red flowered, with slightly larger leaves, with Dipladenia coming in various colours (pink, white, yellow) and has smaller, glossy, pointed leaves. Care for both is similar.

As your plant with the flowers which refuse to open has been in the same pot for such a long time, it may be it requires a larger pot. If it is rootbound, it may not be able to hold on to enough water to keep the plant healthy and functioning normally, and that might explain why the flowers aren't opening. It's probably worth turning it out of its pot (carefully) to check. Although repotting when a plant is actually in flower isn't usually recommended, if it is terribly rootbound, you may need to risk doing it if you want to try to get it to flower normally this year.

Both plants require bright light, though not necessarily full sun - they seem to do better in partial sun. Further info on both plants here https://www.gardeningknowhow.com/ornamental/vines/mandevilla/growing-a-dipladenia.htm

Not the answer you're looking for? Browse other questions tagged identification plant-health plant-care flowers flowering or ask your own question.

16
Why do my newly planted arborvitae keep dying?
6
What is this lawn weed with cut-edged leaves and five petaled pink-purple flowers, found in Belgium?
6
Magnolia grandiflora 'Little Gem' not flowering
10
Tiny, colorful wildflower/weed
3
Broad Beans — Flowers dying and not fruiting
6
Plant identification - starfish shape flowers
3
What is wrong with this Strawflower?
4
Can anyone identify this North Texas weed?
3
Identification of flowering houseplant