I've had this plant for about 2 years- always in the same spot. So far it seems to be ok with watering about once a week and occasionally spraying its leaves. It is growing new leaves quite often but recently one of them turned red. I'd like to know: 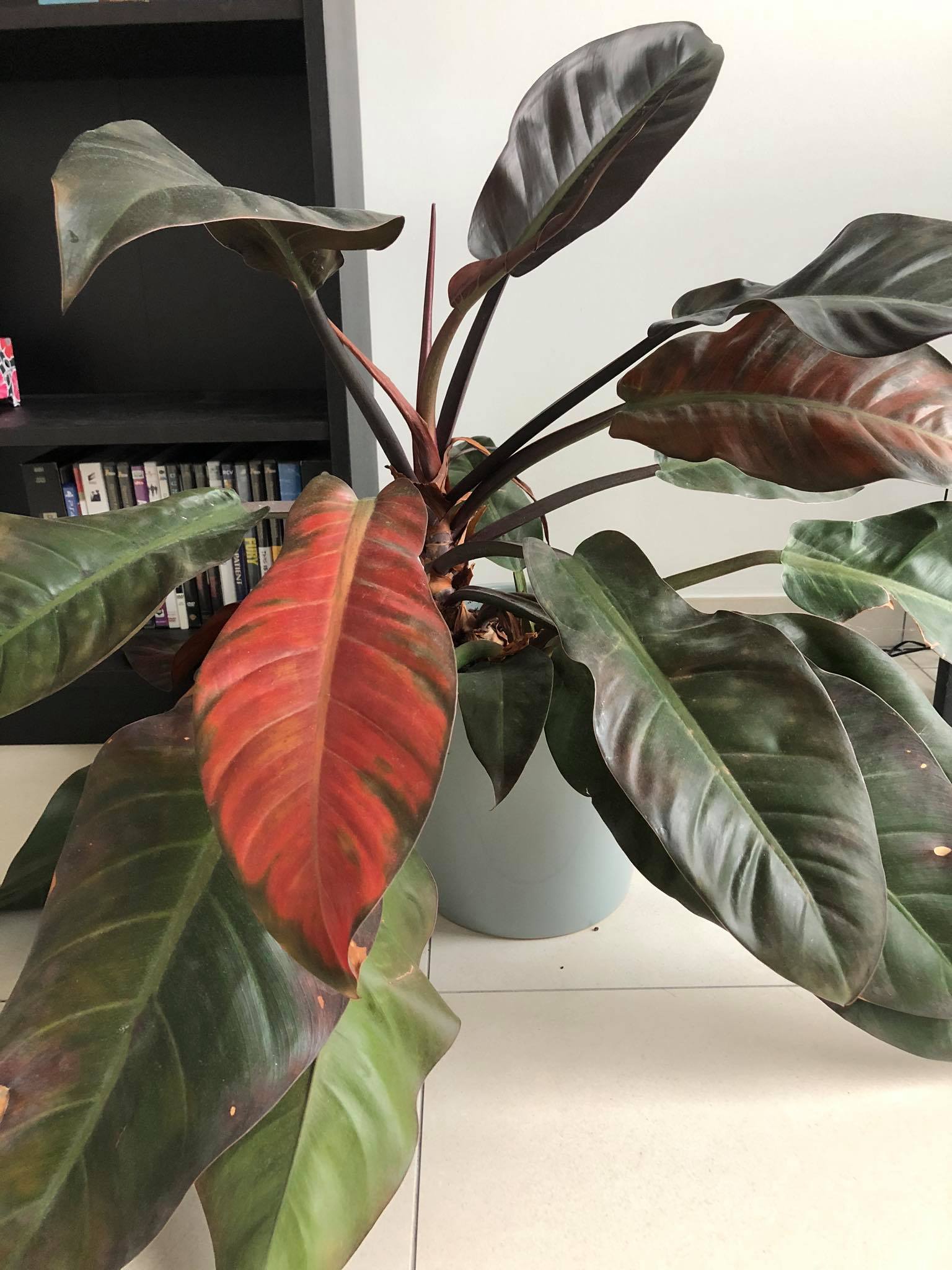 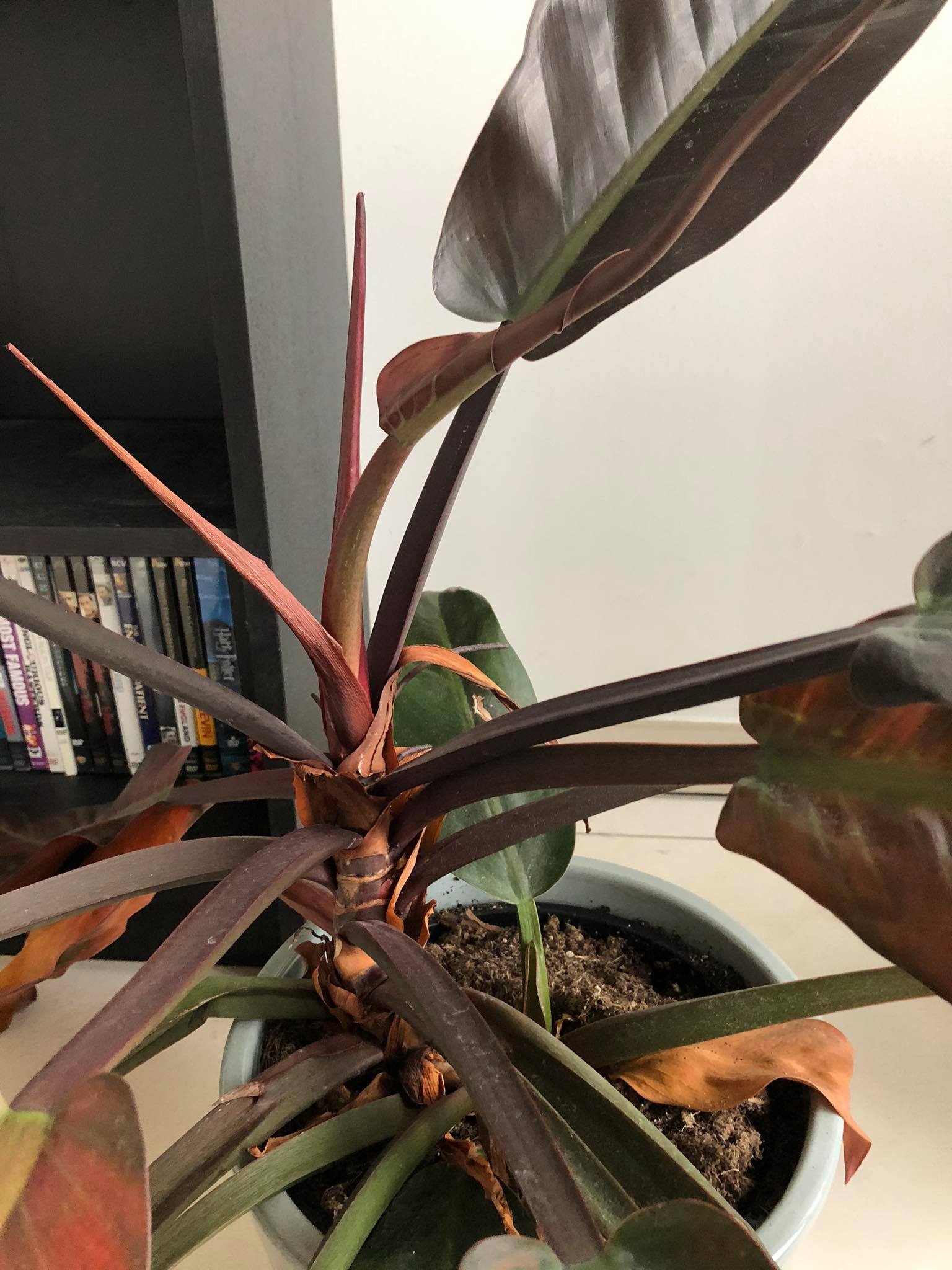 Update 23 June: 5 leaves turned more orange. 3 of them fell off 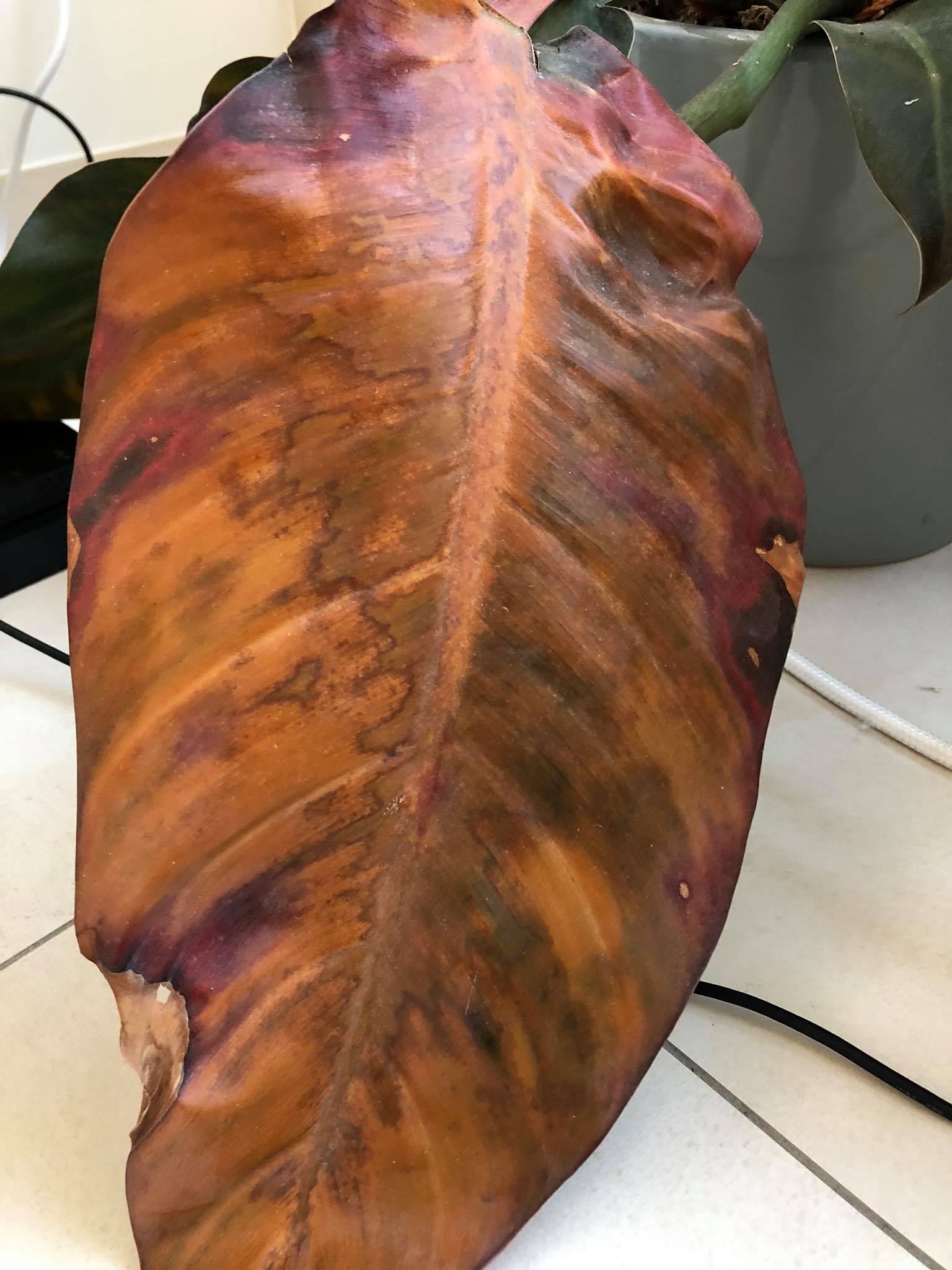 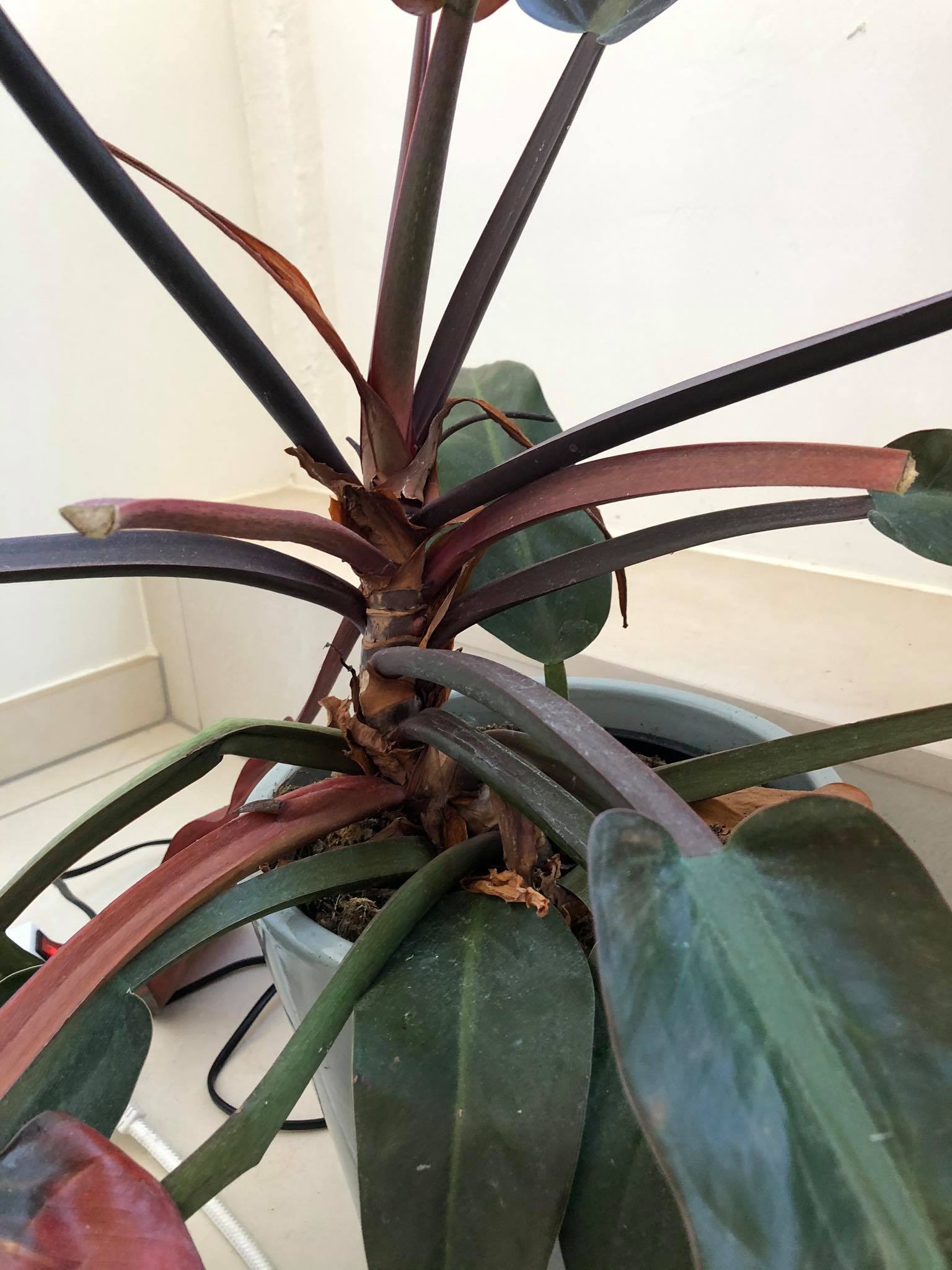 It looks like an Imperial Red Philodendron. It is supposed to produce the reddish leaves.

As a general rule, water plants when the top inch of soil feels dry to the touch.

Unnecessary re-potting is a main cause of plant failure. You should only re-pot a plant if it is root-bound (although some plants like to be root-bound). A couple of good signs of a plant that is root-bound and possibly in need of re-potting is a constant need for watering (the soils dries up within a day or two after watering) and no new growth. Your plant does not have those signs so it very likely does not need to be re-potted. Philodendrons do well with regular commercial potting soil.

From the pictures, it looks like your Philodendron is suffering from a couple of possible problems. The brown patches, damage and discolorations on the leaves could be from improper watering and too much light. Philodendrons are mostly low light plants that do not do well with direct sunlight.

Not the answer you're looking for? Browse other questions tagged identification plant-care leaves or ask your own question.

7
What do I do with my avocado plant during arctic winter?
6
What do I have to pay attention to with pre-potted growing sets of herbs?
6
Why have my carrots turned purple?
4
What happens to my tomatos?
4
Why are the leaves dying on my Ctenanthe?
2
Browning / Curling leaf on a Brook cherry sapling
0
Acer palmatum katsura dropping leaves in June
0
Cat Palm has browning leaves