I have a tomato plant that is resulting in blossom end rot tomatoes. Can I cut off the bottom half of the tomato and eat the rest or is this not recommended? I don't know if blossom end rot disease is a viral or physical disease to know the implications of consuming it 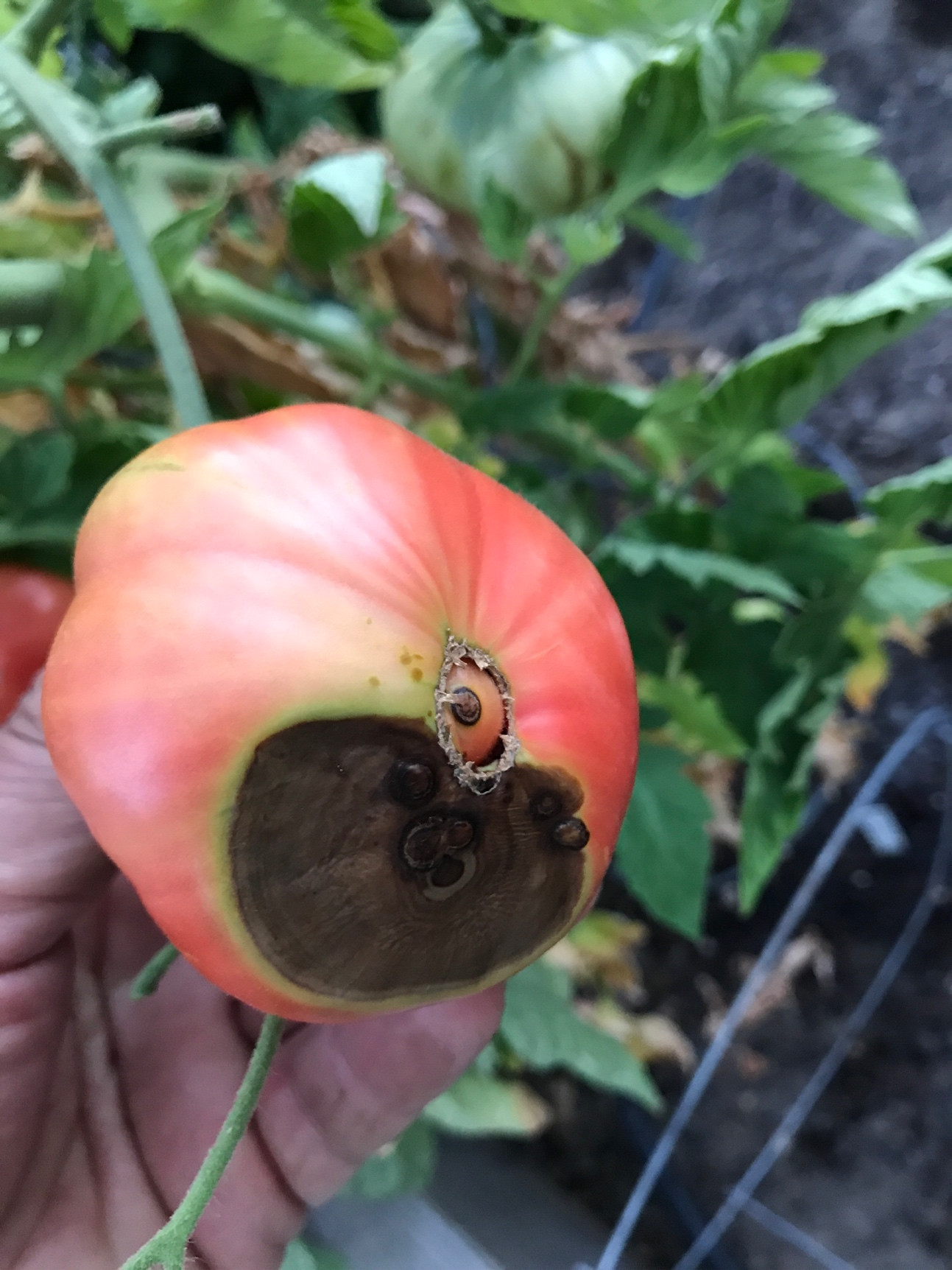 Blossom end rot is a physiological disorder primarily caused by irregular or insufficient water supply, which disables calcium uptake. The fruits, or the bits that aren't affected, are not dangerous to eat, so if the part that's left after you cut off the brown bits is tasty, then yes, you can eat them. You might want to reconsider if the brown parts are oozing, have fungal growth, or smell nasty.

Since you haven't accepted Bamboo's answer, yet, I'll add my own, in case it offers something new.

This answer is just based on my experience (not on studies, books, etc.) So, if you apply this information, do so at your own risk.

I've eaten plenty of BER tomatoes, and I've never gotten sick from them. I just cut off the black/brown/tan part (I don't eat that, since it looks kind of scary, although it may or may not be edible), and the rest of the tomato is fine. Actually, they taste exceptional, in my experience. The flavor and brix seem to be concentrated for some reason. They also ripen faster than regular tomatoes, although the seeds can seem to be less mature.

I live in a semi-arid climate. I'm not sure if there would be more dangers of eating them in a more humid climate where different kinds of pathogens might flourish, but I've never heard of anyone getting sick from eating a BER tomato. Secondary infections with disease are probably the concern there (not the BER itself). If you know what those secondary infections are, you'll be safer for the knowledge. If it's just anthracnose, you should be fine (I've eaten lots of tomatoes with mild anthracnose lesions and haven't had noticeable issues, although they do seem to have less flavor; same for a couple other pathogens sans the seeming flavor loss). Noticeable is the keyword, though. You never know what you don't notice.

If you're really concerned, just cook the tomatoes. It should kill the pathogens and neutralize toxins produced by at least some kinds of pathogens. There might be toxins produced by some bacteria/fungi that might survive that, but I don't know of any in particular that would.

Anyway, as long as the good part of the tomato isn't rotten, too, I'd think it would be okay.

So, if your definition of edible is that they taste good, then yes, they're very edible. If your definition is that they won't kill you, I'm pretty sure they won't. If you're worried about subtle toxic effects, or subtle pathogenic infections that might cause issues down the road or for people susceptible to illness, I really can't say, but I've never had any noticeable problems, personally. I do notice some subtle stuff like that in other areas of life, and with some food situations, though (a lot more than your average person would claim to notice), but I haven't noticed anything bad here, personally.

I always have trouble with BER, despite regular watering. I'll try lime supplementation this year. I've noticed that cherry, grape, and other small varieties seem to be immune. It's just my bigger tomatoes that are affected. I've never tried to grow beefsteaks.

Not the answer you're looking for? Browse other questions tagged tomatoes blossom-end-rot or ask your own question.

5
Can I pick healthy unripe green tomatoes from a plant that has blossom end rot?
2
Green Pepper Plant with Blossom End Rot

19
What else besides calcium deficiency could be causing tomato blossom end rot?
14
Is July too late to replant tomatoes in North Georgia, USA?
5
When is the critical period for blossom end rot in zucchinis / courgettes?
4
Tomato Plant Stalk Appears Diseased
6
Brown patches on tomatoes
5
Can I pick healthy unripe green tomatoes from a plant that has blossom end rot?
3
Dark sunken spots on green tomatoes
4
Should I trim yellowing leaves/branches on my tomato plant?