What is this little leaved plant?

The stem of this plant goes curling up like a creeper plant. It has small leaves. Not seen any flower yet, so not sure if it flowers or not. 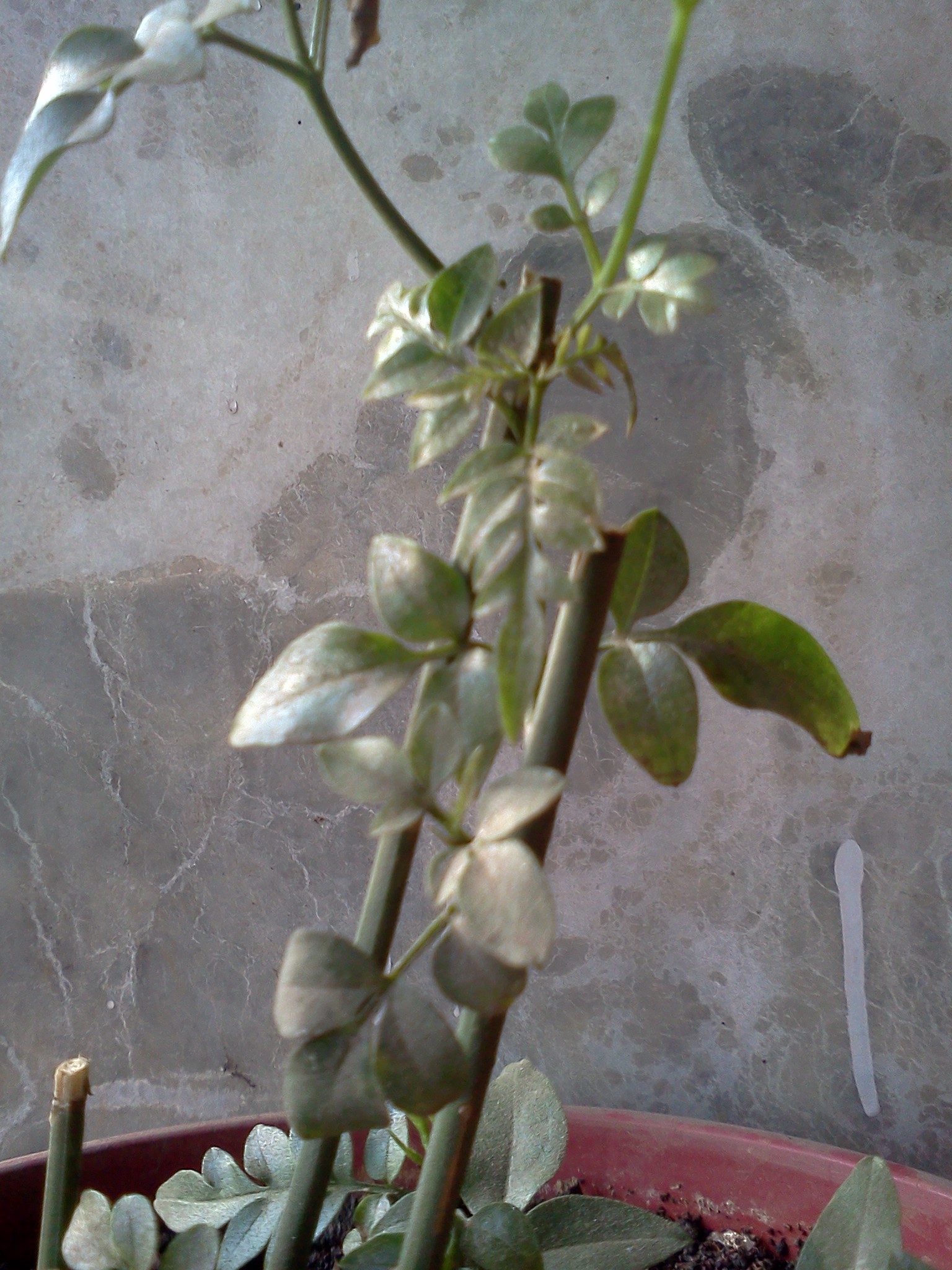 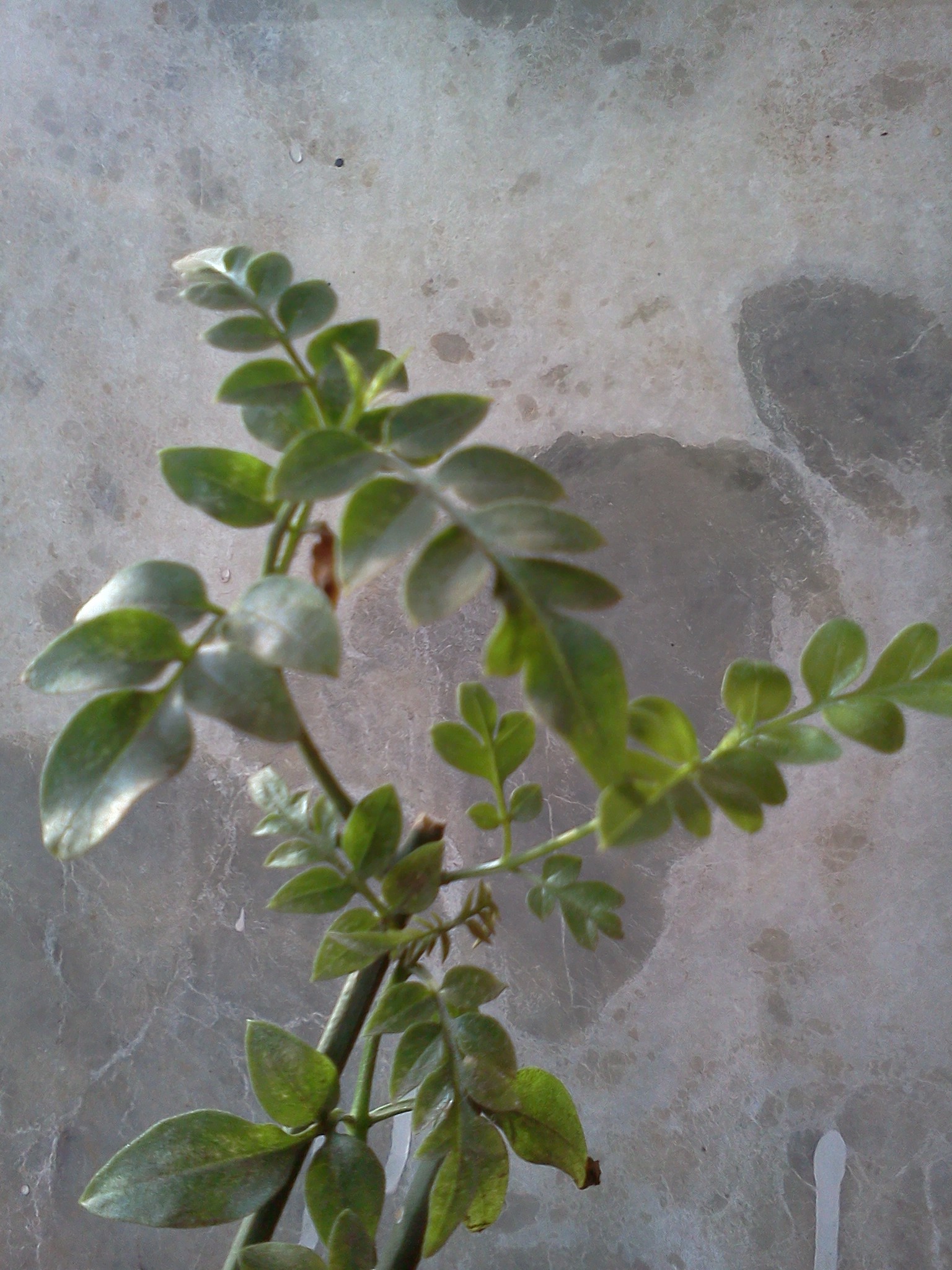 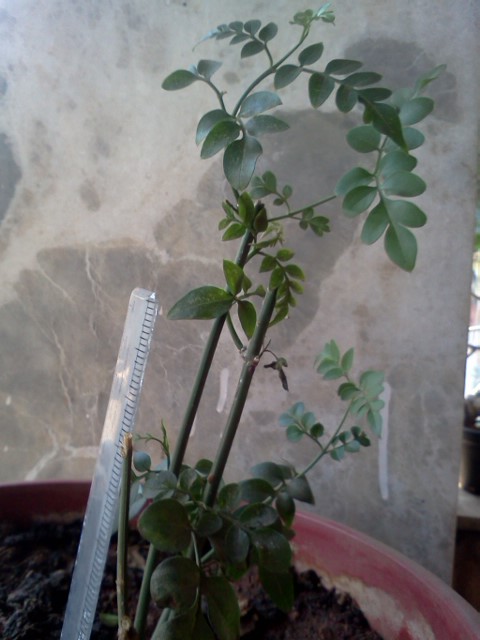 Seems to be a climber of some sort, not sure what. When it's bigger, or flowers, its identity might be more apparent - at the moment, the leaves are reminiscent of a Jasmine variety, but not sure it is one of that family.

It seems to be a "bignonia", perennial climber plant, many many orange flowers like trumpets in group, during all the summer, no smells.

Orange colour is normal typical color, other colours are from gardeners. 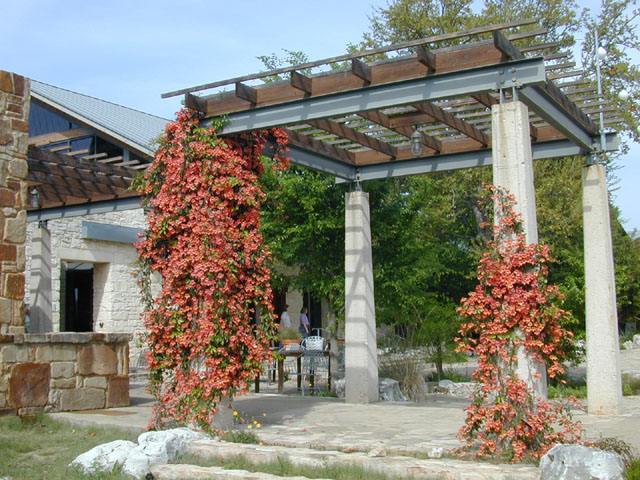 http://commons.wikimedia.org/wiki/File:Podranea_ricasoliana_(Pink_Trumpet_Vine)_in_Hyderabad_W_IMG_5685.jpg color is usually orange--this is a rampant vine that will cover a telephone pole in less than a year, people love the flowers but to me it is too invasive

It IS in the Bigonia family. Exactly what genus or species, I can't tell yet. I think you should winter it next year (2nd to last paragraph).

If you're curious as to how I've IDed it as such - it's an odd pinnately compound leafed woody climbing vine with >5 leaflets per leaf. That's the Bigonia family.

Most Bigonias like to die back in the winter. They can be indoor plants, but you'll have to stay well on top of pruning to keep them looking good.

I have about 400 vertical sq ft of Trumpet Creeper. It's amazing every spring when its main trunk and branches, off of which everything has died and the bark appears dedicated and peeling, explodes back into life.

I can't speak to your plant specifically, because mine was decades old when I bought my house. Younger plants have distinctly different growth than older ones.

However, if it's a Bigonia, it's likely hardy, aggressive (they're not really "invasive" - they're native) and will thrive on neglect. My vine grows on a concrete retaining wall, in a 1' wide, 20' long patch of the worst clay soil you've seen. Stuff turns almost cement-like when dry, and that trumpet vine's just chuggin' along, happy as a clam. I've overhauled hundreds of square feet of isolated gardens here, but that patch gets the barest of attention. (A lot of vines are like that. Morning Glory is another example. If you want the saddest looking MGs, be nice to them. If you want 6"/day MGs with insane flowers - abuse and ignore them.)

On wintering: Its green, woody stem - that's your plant asking for dormancy. Woody plants need their winter cycle. You can help them out and mulch around them, or if in a pot, move them somewhere the temperature doesn't go above 50 degrees and they still get some sunlight. But almost without exception, woody plants need their seasonal cycle.

One final bit: if you say "Bigonia", people will probably hear "Begonia", so just say " Trumpet Vine of some kind" so folks won't think you're nutty. GL!

Not the answer you're looking for? Browse other questions tagged identification indoors houseplants or ask your own question.