What kind of plant will my Red Cherry Plum stems grow into?

I bought 1 small plant but there are 2 different plant stems bundled in a pink elastic band. 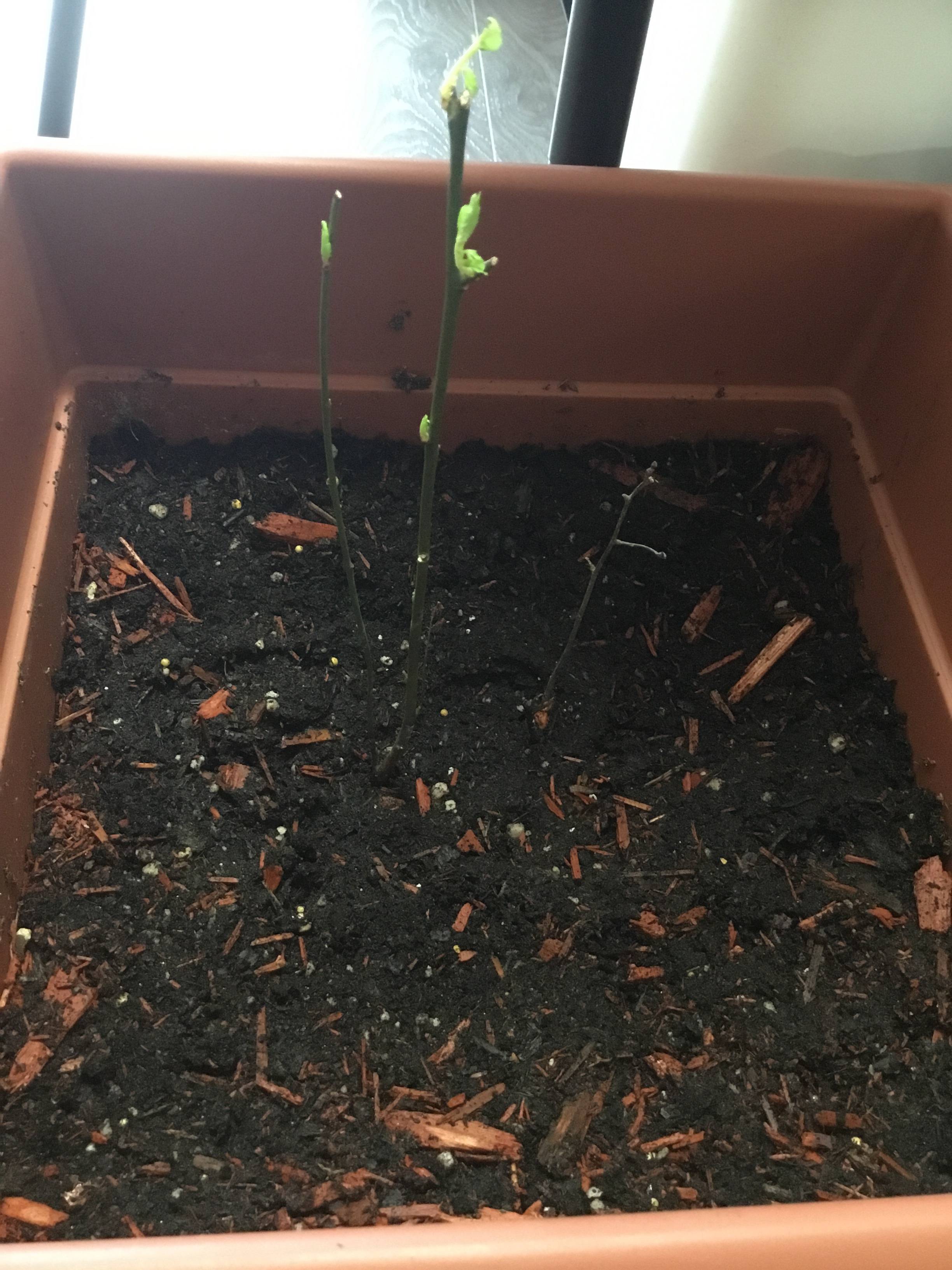 From your question, and the answers in comments, it seems it's not clear how many plants were supplied, but it seems to be three. Whether they're all the same or not is hard to say at this stage, but you should assume they are. One of them seems to be a non starter, and as you're keeping them in a pot, I'd be inclined to remove the one that's not doing anything and dispose of it, and pot the other two separately. If they genuinely are 'mini' cherry plums, then they're probably like the one shown on the right in the image here http://www.vanmeuwen.com/fruit-and-vegetables/fruit-trees/stone-fruit-trees/mini-fruit-trees-cherry-plum/69141VM

You should also use much smaller pots than the one shown in your picture, and pot them up into larger pots as and when necessary over time, otherwise the roots they form will wander and won't form a firm rootball, and there's a risk that all that unoccupied potting soil will 'sour' and the plants won't grow properly. Probably 6-9 inch pots will do initially, going up a size or two each time you pot on. Remove them carefully from the pot they're in currently, and do it as soon as possible, before any roots they've formed get very long and widely spread, and try not to break any; use new potting soil to place around the existing roots, and water in.

I can't tell whether these plants are indoors or outdoors - they need to be outside, but if they're indoors currently because it's too cold, when you do want to put them out, you'll need to harden them off first.

Not the answer you're looking for? Browse other questions tagged identification trees fruit-trees seedlings plums or ask your own question.

3
Why one of my Red Cherry Plum tree's stem turned yellow?

7
When transplanting asparagus seedlings should part of the stem be buried?
3
What is the name of this plant with wide green leaves that develop splits/holes as they grow?
5
What plant has no foliage and clusters of red berries on top of a fleshy 1' stem?
7
What is the identity of this plant with violet-colored bell-shaped flowers and red-veined lobed leaves?
5
What are these new trunks thats emerging from this Red Cherry Currant?
3
Why one of my Red Cherry Plum tree's stem turned yellow?
7
How to encourage new branch growth in a peach tree?
1
What is growing out of my raspberry bush?
1
What kind of plant is this? Found a flower plant in my grocery parsley