Can I successfully cross-pollinate different species of Aloe?

Okay, I have the big guy from this question, and the little guy from this question. I believe, from their different growth habits, flowers, and mature sizes that these are different species. I have tried to pollinate the big one, without success. It is now putting up a new flower stalk. I think some of the bloom time on it will overlap the existing flower stalk (the first one for this plant) on my smaller plant. Can I successfully cross-pollinate these two different aloes? I this is entirely a waste of time, I won't try. If this is possible, how would I go about it?

Pictures below of the two plants: 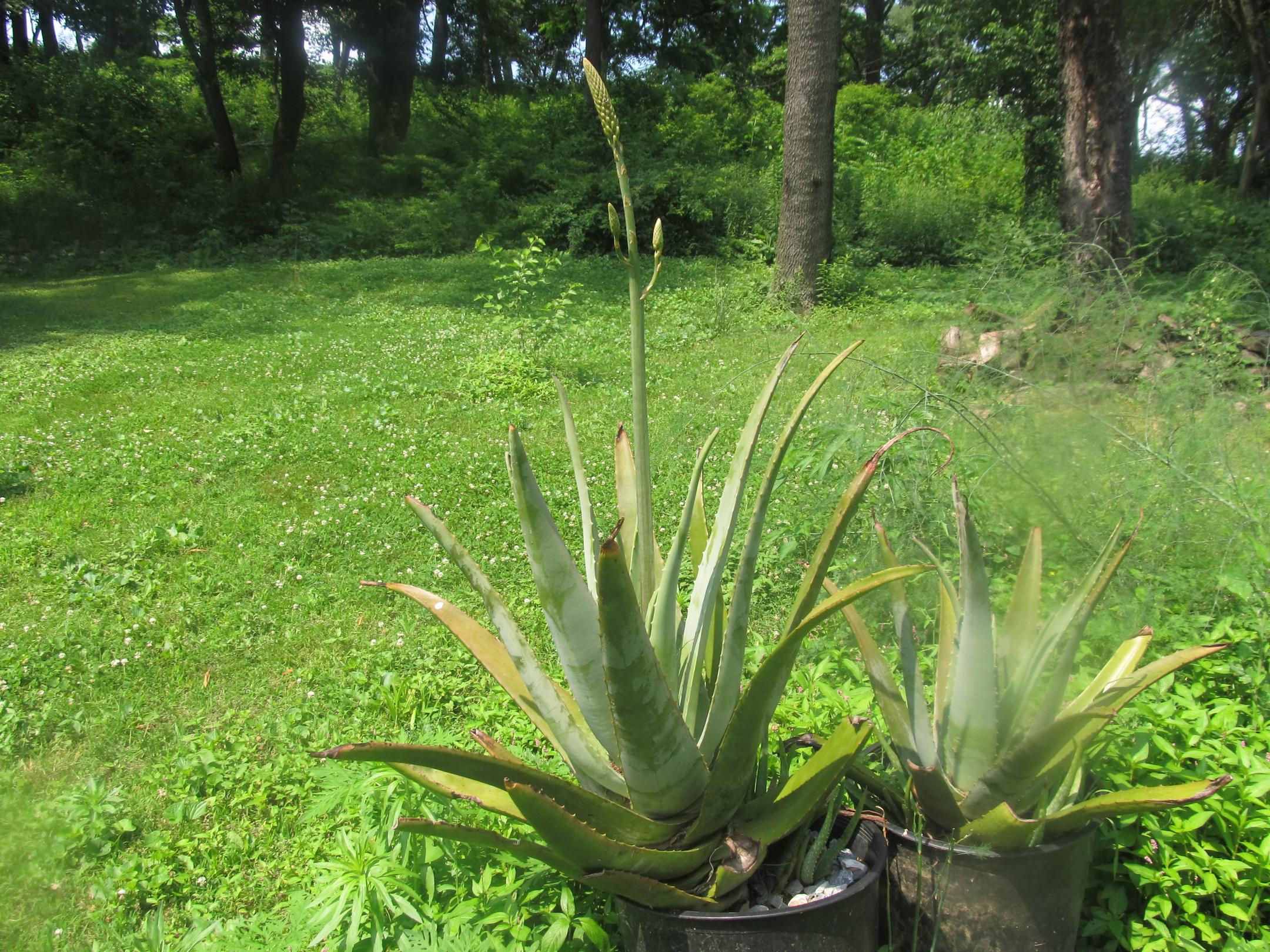 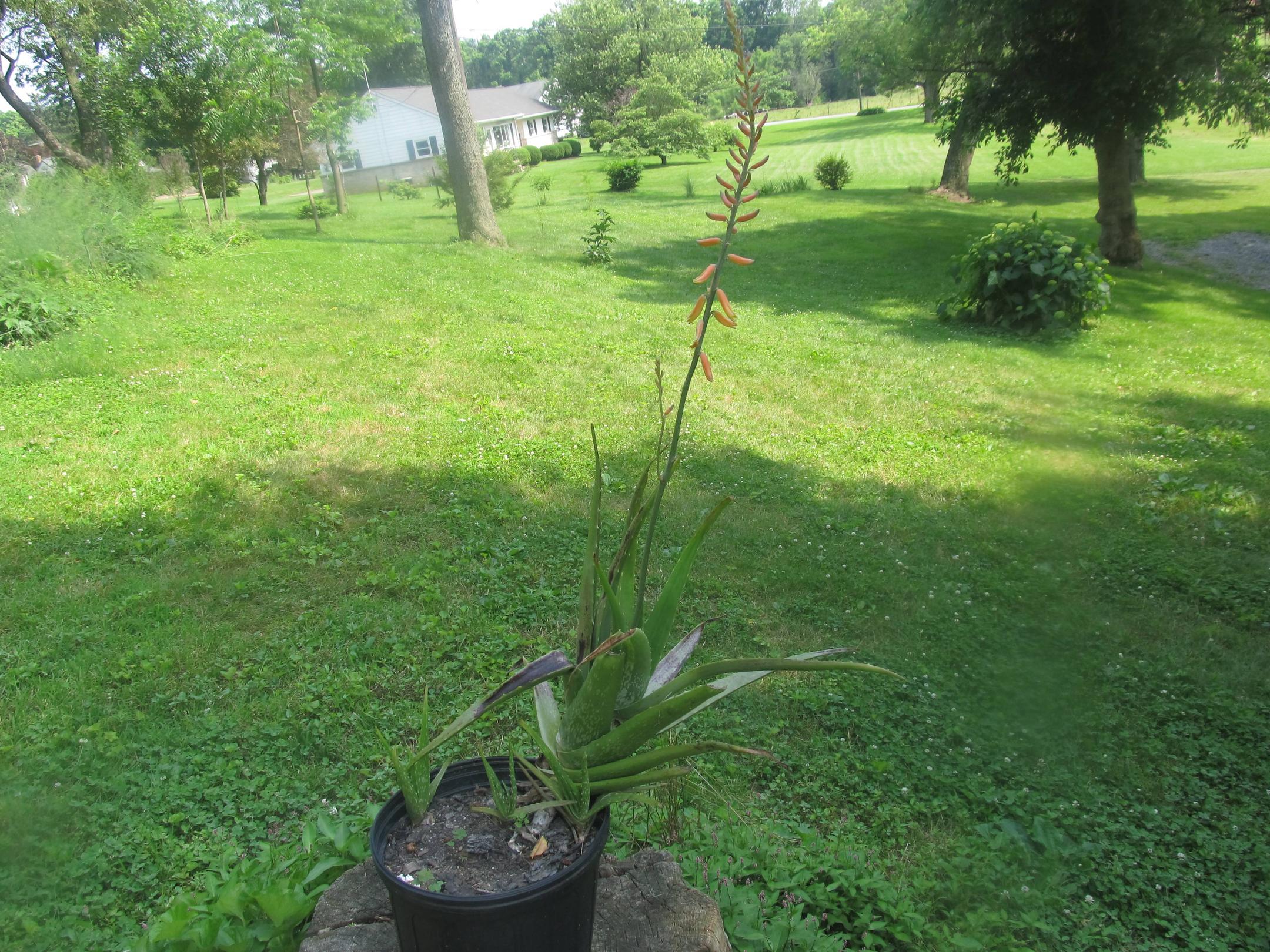 Yes, different varieties of aloes can be cross pollinated by hand - new varieties are produced by breeders this way. It's usually done under controlled conditions, that is, exposure to other aloes in the area is prevented, so that the resulting seed is a cross between the two plants they've used, and no others, and insects are not allowed access to the flowers. Resulting seedlings will be variable.

As for exactly how to hand pollinate with this genus, never done it, but as usual, you need to identify the anther (male) and the pistil (female) parts of the flower, though I guess it's possible, if there's enough pollen, to fluff it about from one to the other flower with a small paintbrush or make up brush.

UPDATE: just checked and it looks like aloe flowers mostly have septal nectaries, which means they're located in the ovary wall, if that helps to avoid picking up nectar on your brush.

You can also use Q-tips to pollinate plants, the cotton ones. That way you won't accidentally use pollen from a previously pollinated plant. You can toss the Q-tip when you're done with a plant. You can also collect pollen and store it on the Q-tip if two plants don't bloom at the same time.

Keep in mind that there are a lot of plants that look like Aloe that aren't. The taxonomy of Aloe has undergone some big changes in the past few years. You may have difficulty if you are trying to cross an aloe with a not-aloe. Not all is lost however; I've seen cross-species hybrids, so it is possible in some circumstance.

Not the answer you're looking for? Browse other questions tagged seed-saving aloe pollination or ask your own question.

25
What conditions are necessary to make a potted aloe vera bloom?
14
Why are there kinks in my aloe vera leaves?

11
Can I cross pollinate basil and chili peppers?
25
What conditions are necessary to make a potted aloe vera bloom?
3
Can self-pollinating plants cross-pollinate?
7
What species of Aloe is this?
3
Can humans pollinate Catharanthus by hand?
3
Separating lettuce seeds
1
Can tepary beans cross-pollinate with common beans?
1
Identify, is it a xGasteraloe, a Haworthia, a Tulistia, or something else?
5
Does Aloe Vera bloom?
1
What cherry variety to chose to cross-pollinate