I got up this morning to water and this white foamy fungus looking thing was in my garden. It wasn’t here yesterday so this is quite a bit of growth overnight.

I don’t believe I’m overwatering. It’s incredibly hot right now so I water early in the morning and everything dries out by evening. 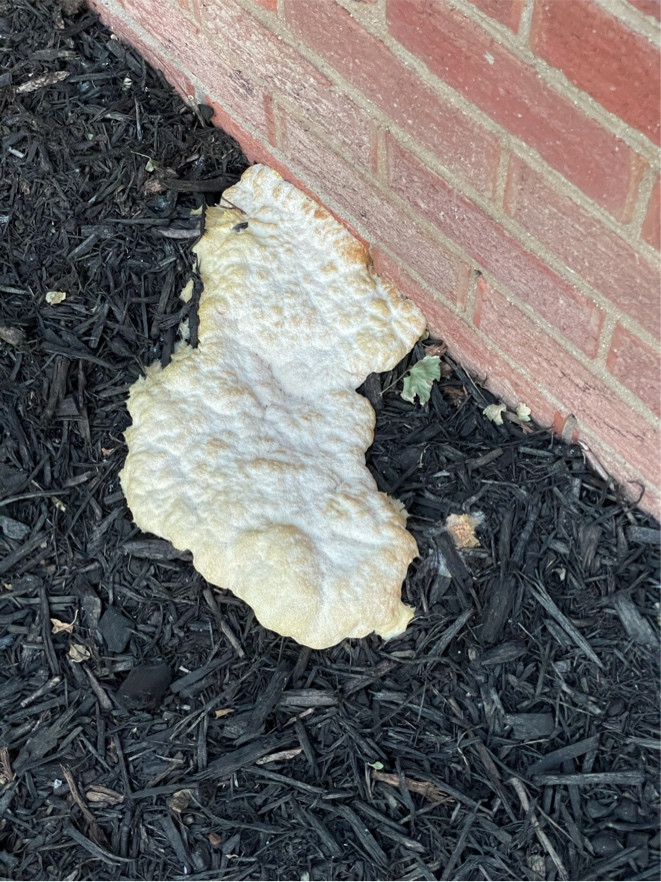 It's a slime mould, often commonly known charmingly as Dog Vomit slime mould - its actual name is Fuligo septica. It appears usually during very damp weather, or in damp areas, in spring/early summer and again in fall, and is likely to be seen on anything woody, including wood chips, though it can sometimes appear in lawns. It will just disappear as the area dries out and is not a threat to any planting you have, it's just not pleasant to look at. Further info here http://midwestnaturalist.com/fuligo_septica.html

Not the answer you're looking for? Browse other questions tagged identification fungus or ask your own question.

31
What are these hard white/brown spots growing on my houseplant?
20
What kind of plant/mushroom is this?
4
What is this fungus that looks like a brain coral?
2
Fighting that damping off fungus
5
Identify brown fungus growing on dead branches of an Escarpment Live Oak
3
yellowing leaves and black leaf parts on alocasia
9
What are these small white balls that appeared on the soil in my greenhouse?
0
Avoid fungus on top soil (indoor plant)