Possibly the worst weed ever? A bad type of thistle?

Do you know what kind of weed this is, and how to eradicate it? It's not possible to pull it out from the root, and they are sharp and thorny. They grow quickly and spread rapidly. I've avoided spraying herbicides since I don't want to impact the soil and future plantings; but I also haven't planted anything new because I'm scared it will be a waste if it's just taken over by these weeds. I live in DC suburbs in Maryland.

Would it be OK to just spray Roundup on the entire bed, let them wither and die, and then start from scratch? I've heard varying information on how Roundup affects the soil. 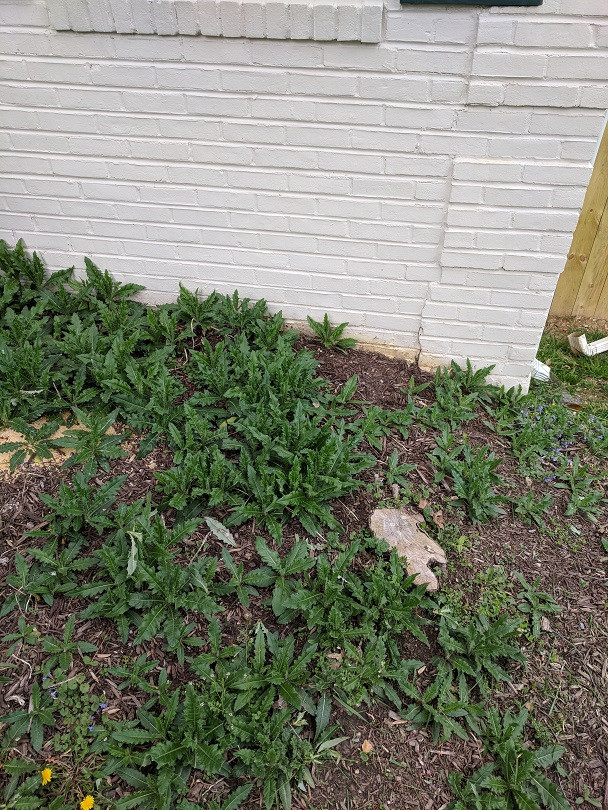 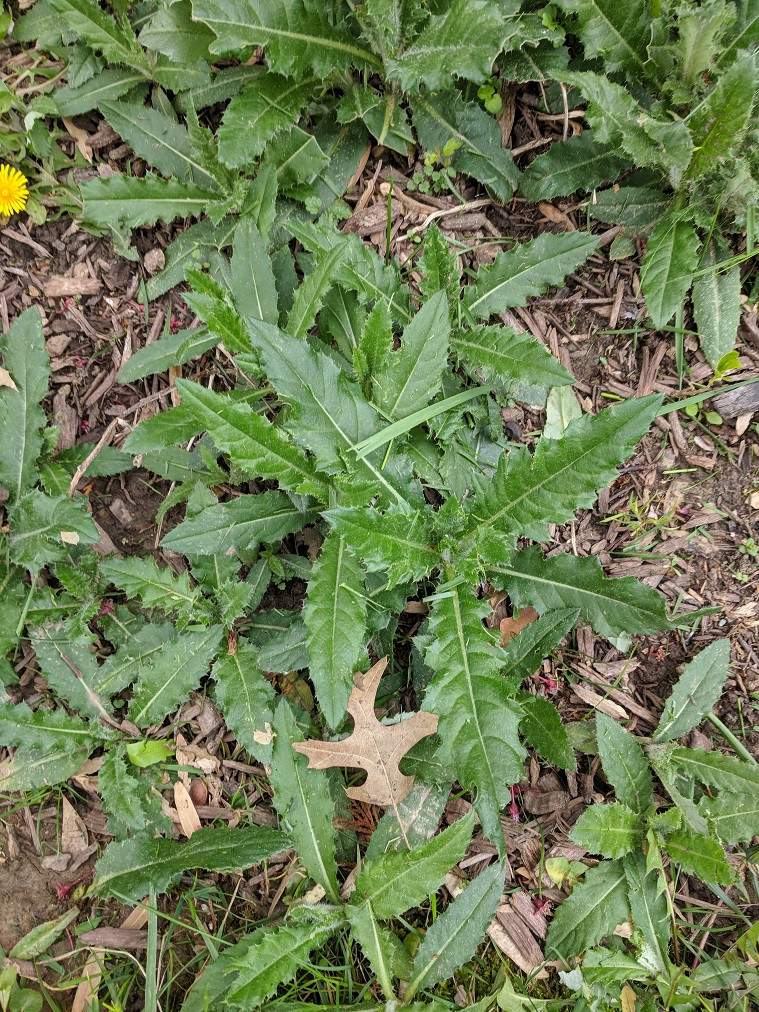 They're no worse than any thistle -if you let one flower and set seed, that seed gets distributed all over the place and germinates easily, which is why you have so many.

If you want to use a weedkiller, at least just buy glyphosate concentrate rather than Round Up - glyphosate on its own is bad enough, but Round Up is much worse because of the other additives it has. If you do use glyphosate, when you mix it up, add a squirt of washing up liquid to the mix - this acts as a surfactant, and water on with a can, rather than spraying (less risk of contamination to you and the surrounding area).

Otherwise, if your soil isn't too heavy to dig, use a garden fork and lever them up by the roots.

Looks like thistles yes. I wouldn't use round-up, that stuff is not good for the environment and not good for your health (it is so close to your home).

Why not old fashion removal with your hands? Buy some good gloves to protect from the sting. Or buy a hoe, and do some dutch hoeing. My father always used a push or thrust hoe for his garden (of course he was a Dutchman...).

Not the answer you're looking for? Browse other questions tagged weed-control or ask your own question.