I just ordered two tiny little plants and I transplanted them about a week ago. They are still alive, but I see that there are shriveled and sickly leaves, and the leaf edges are brown. I'm nervous that I am either overwatering or underwatering, or I am doing something wrong. If you have experience with musa basjoo bananas, does this look like something is going wrong? Has anyone seen this sort of thing before? 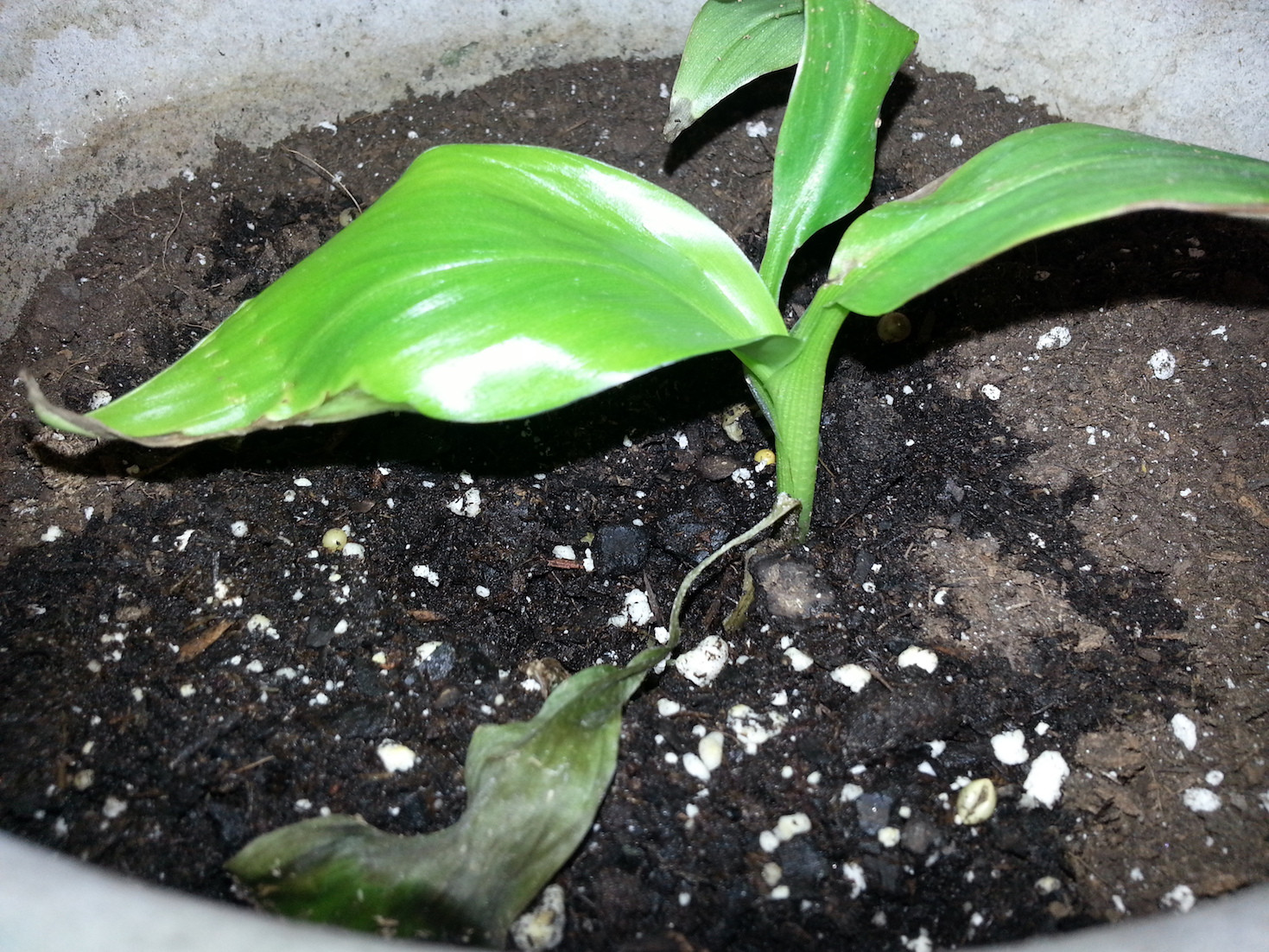 They get indirect light right now, because they are indoors until it warms up in zone 7b. Please help.

I'm concerned about the size of pot too, and it looks as if not all the potting medium has been watered properly, some looks very dry, some damp. Because of that, its hard to say whether the plant is beginning to suffer from low humidity or insufficient water.

You describe the plants as 'tiny' - if the rootballs were also tiny, bear in mind the pot you use initially should leave no more than 2 inches of free potting medium around the rootball. Once planted, they should be watered in by soaking the pot thoroughly, then allowing it to drain down freely, before placing into any tray or outer pot. After that, water as needed, not allowing the plant to dry out completely at any time, but don't allow the pot to stand in water in a tray or outer pot, empty it after 30 minutes. As the plant grows on, you will need then to move it into a larger pot, and so on, until its in the size pot you want and which is suitable for the plant's needs, whether that's indoors (initially) or outdoors (later on).

Needs bright daylight and, if possible, some sun, needs warm temperatures, not below 60 deg F, even at night.

Not the answer you're looking for? Browse other questions tagged wilt banana or ask your own question.

4
What is the best way to kill a banana shoot but not the entire plant?