How Many Holes Do I need to Make at the Bottom of a Plastic Planting Box?

I'm planning some bulbs in a few planting boxes that are 40cm long. There's a note at the bottom, saying: "Drill holes if required."

I've made 6 holes from the possible designated places, but comparing to the pre-drilled pots, I feel these ones aren't enough.

The pots will be in the balcony being exposed to loads of rain, so they need proper drainage, in addition to a layer of small stones that I'll put at the base before adding the soil.

Just drill some more holes, that's what I do, often doubling the number of holes, evenly spaced, because, for certain plants, sometimes the prepared thinner parts aren't enough, you're right, but if you have a drill, its fairly simple to make more. There is, though, the risk of the drill bit slipping and skidding because the material's thicker, so put some plaster (band aid fabric) or fabric like tape over the area you want to drill first, so that the bit bites properly. The only drawback is dependent on the type of plastic - if its fairly softish and a bit pliable, that's fine, but if it's sort of crisp and hard, that often cracks when you try to drill through. If its just a small crack, doesn't matter, its even better drainage, but there may be a risk of a large fracture.

Looking at your picture, I'd add 4 more holes, along the central strip, spaced apart, 2 either side of that darker circle in the middle and one towards both ends, between the two lighter circles. That should be plenty, but you can make more if you want.

I managed preparing the pots before @Bamboo's answer was here. So I'll post my own answer here, as well, hoping it helps others.

After checking some pictures on the Internet, and also checking my pre-drilled pots, I made several more holes to make sure they'd get proper drainage.

I didn't use a drill to make the holes, since a. I did not have one, b. I declined the offer from a shop assistant in the store where I was buying them, as I thought hard drill on cold plastic may cause cracks.

I used a soldering iron with a sharp tip, plugged it in and inserted it into where ever I wanted to make the holes. To enlarge them a bit, I moved the iron in the hole circularly so that it'd melt down more of the area. I then detached the extra bits of melt plastic while it hadn't completely cooled down. 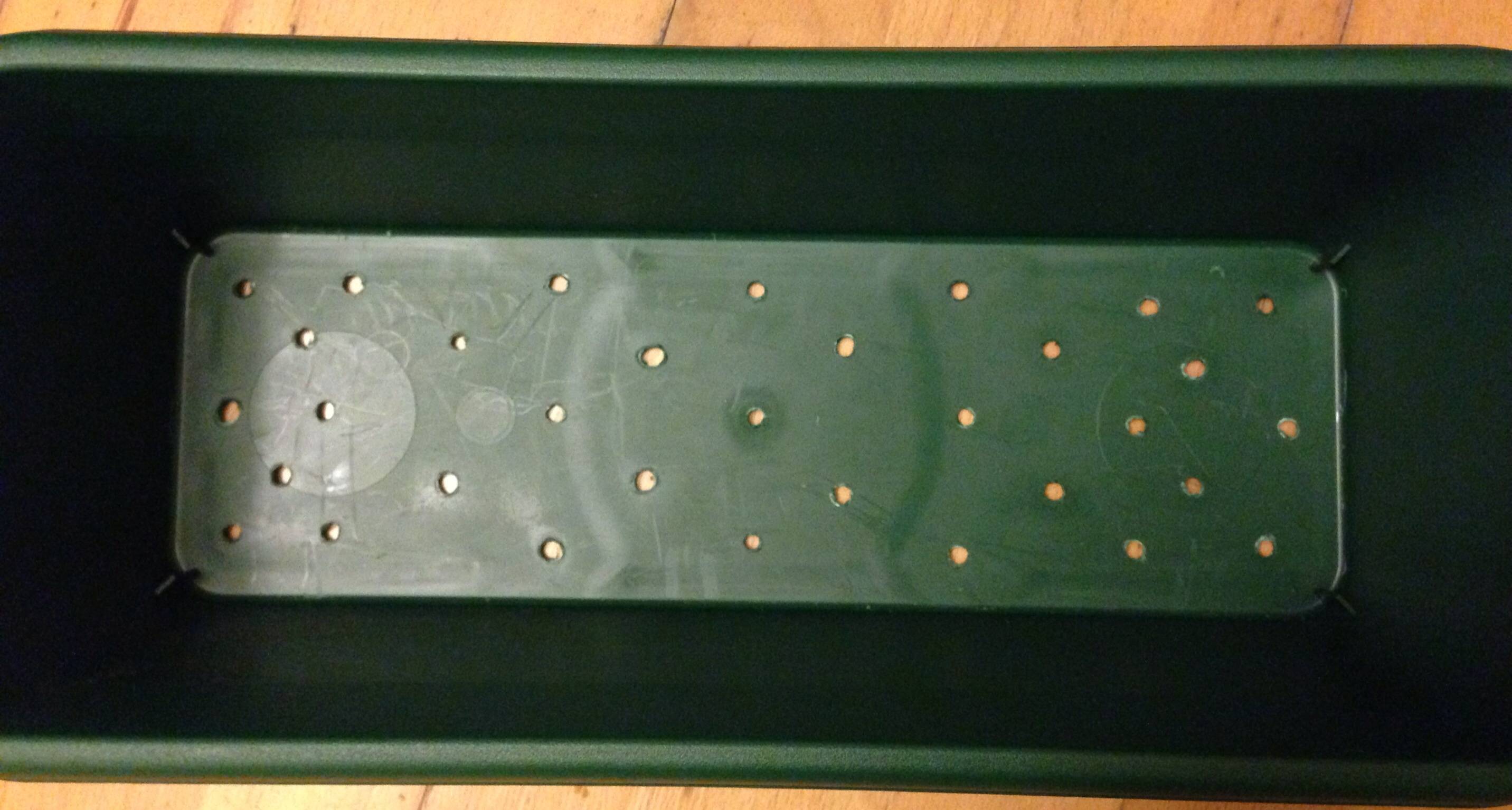 I also added a layer of stones/rocks to let extra spacing for drainage and root breathing: 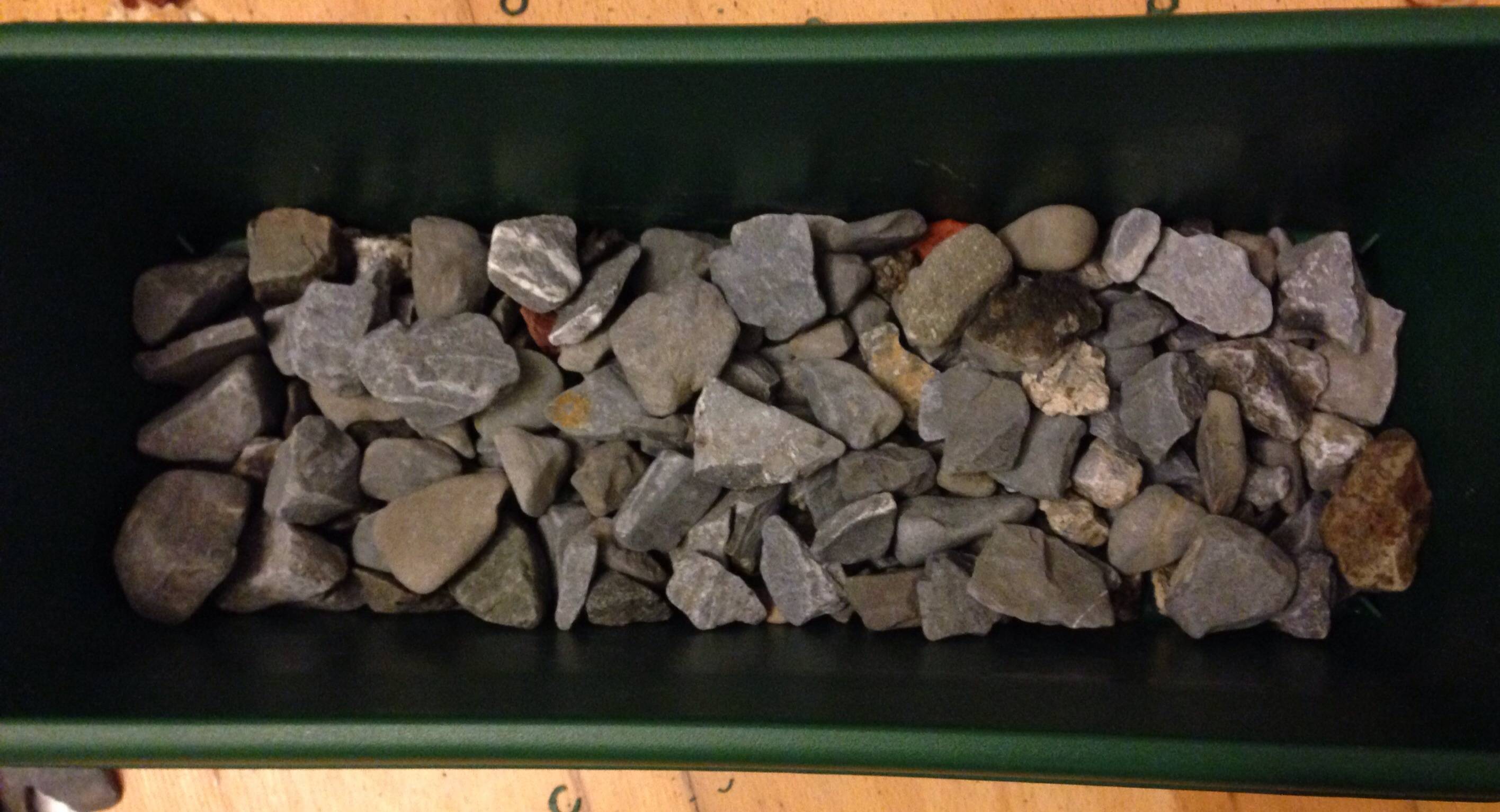 Not the answer you're looking for? Browse other questions tagged containers container-gardening drainage or ask your own question.

1
How many air holes for 100gal vermicomposter?
6
Would holes in the sides of plastic pots impove drainage and aeration?
0
How can i improve drainage in my containers if potting soil or the components that make up potting soil aren't available in my city?
4
How to prevent water at the bottom of a large ceramic indoor container for a Norfolk Island Pine?