What is this low growing plant with trifoliate leaves? 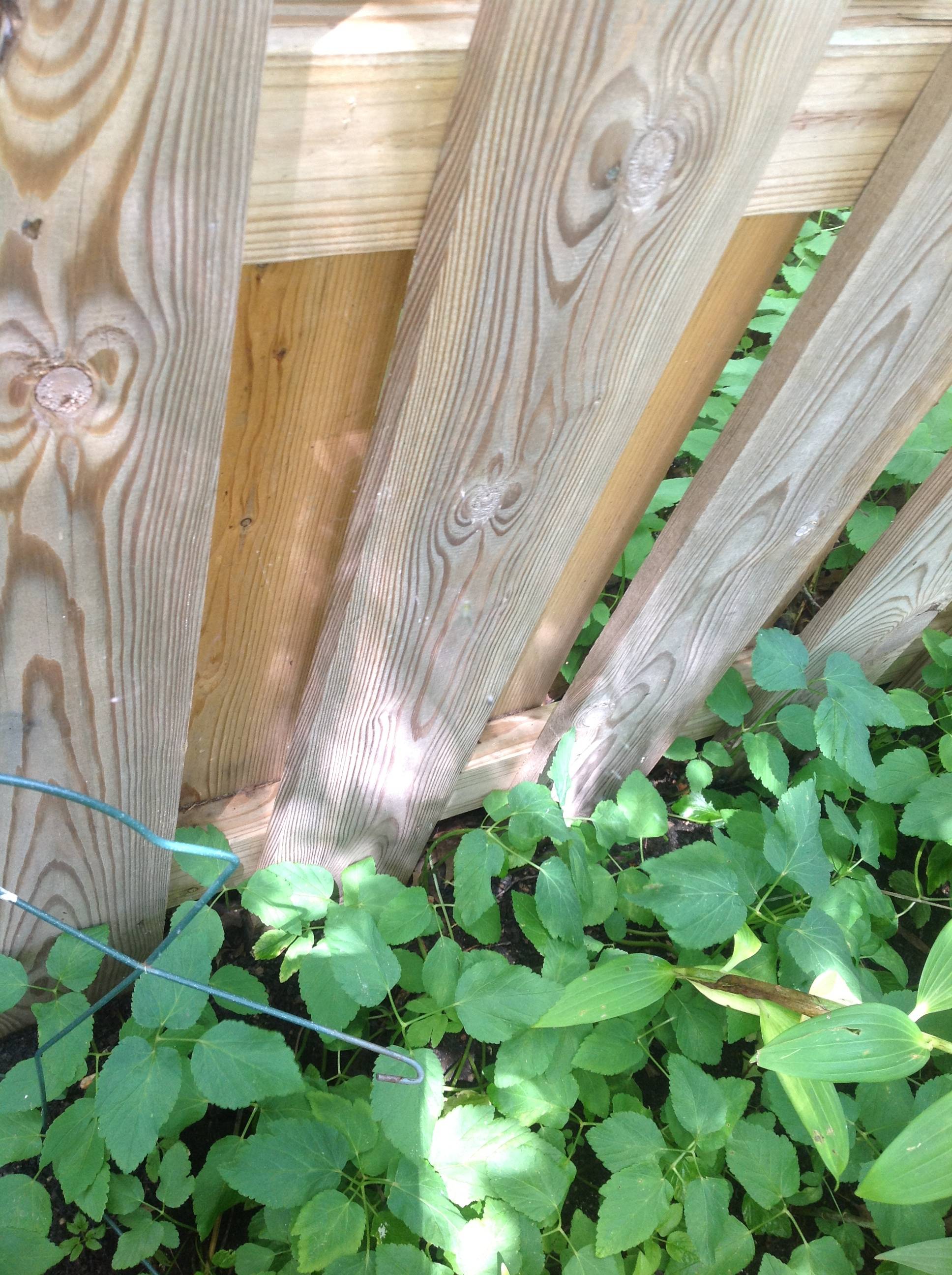 This plant started growing in my flower garden out of nowhere and I hope that it is not poison ivy. Can anyone identify the low growing plant below the lily?

Could be Aegopodium podagraria Ground elder / Bishop's weed There's a lot of leaf variation in the species. If it's not exactly where you want it, it's a weed you want to deal with, as it's pretty good at crowding other plants out.

I'm in the UK, so I've never actually seen poison oak or poison ivy - at first I thought this might be ground elder, but on closer inspection, and after doing some research, I'm now more convinced it's ground cover poison ivy rather than ground elder. The other two types of poison ivy or poison oak are vines and the leaves are not like this at all and obviously, they climb. This one doesn't. I can't think of any other plant it might be... as I understand it, this form of poison ivy deposits its toxin on surrounding surface areas, such as rocks and probably your fence. Were it not for that, I'd suggest leaving it to see what it does, but in the circumstances, I'd be inclined to seek out whatever herbicide is available locally in order to kill it off without touching it. This answer assumes you live in a part of the USA where ground ivy is endemic. The following is a video called Poison Oak A Survival Guide - it shows what appears to be this form of poison ivy towards the end - deals first with the vine types.

6
Which of these, if any, are poison ivy?