Why has my cactus yellowed and softened, and how can I help it live?

I had a cactus at work since the end of March. It is my first cactus and I don't really know if I was watering it correctly or if I missed something else, but now it's turned yellow and became softer. I googled around, but I can't tell if I'm identifying the problem correctly and if this is a case of overwatering, some sites say that all that's left is to dispose of the cactus, other say to just leave it for some days.

The question is, is there anything I can do to help it? And how can I prevent this from happening.

Some info: the cactus is on the table, about 2-2.5 meters from a window which more often than not has its blinds shut. Also, the last couple of weeks have been quite hot, so the window was often opened. There may have been draft from time to time, but not for long periods of time. I've been watering it two times a month, every other Friday, until I saw a drop or two of water come out of the drainage hole in the bottom of the pot. I don't know how much water it was precisely, but if I had to guess, I'd say about 100 ml each time. Nothing else has been done since I bought it. At the moment the ground it completely dry and I was going to water it again this Friday.

edit: Also, I sprayed it with water two or three times during the time it was here. 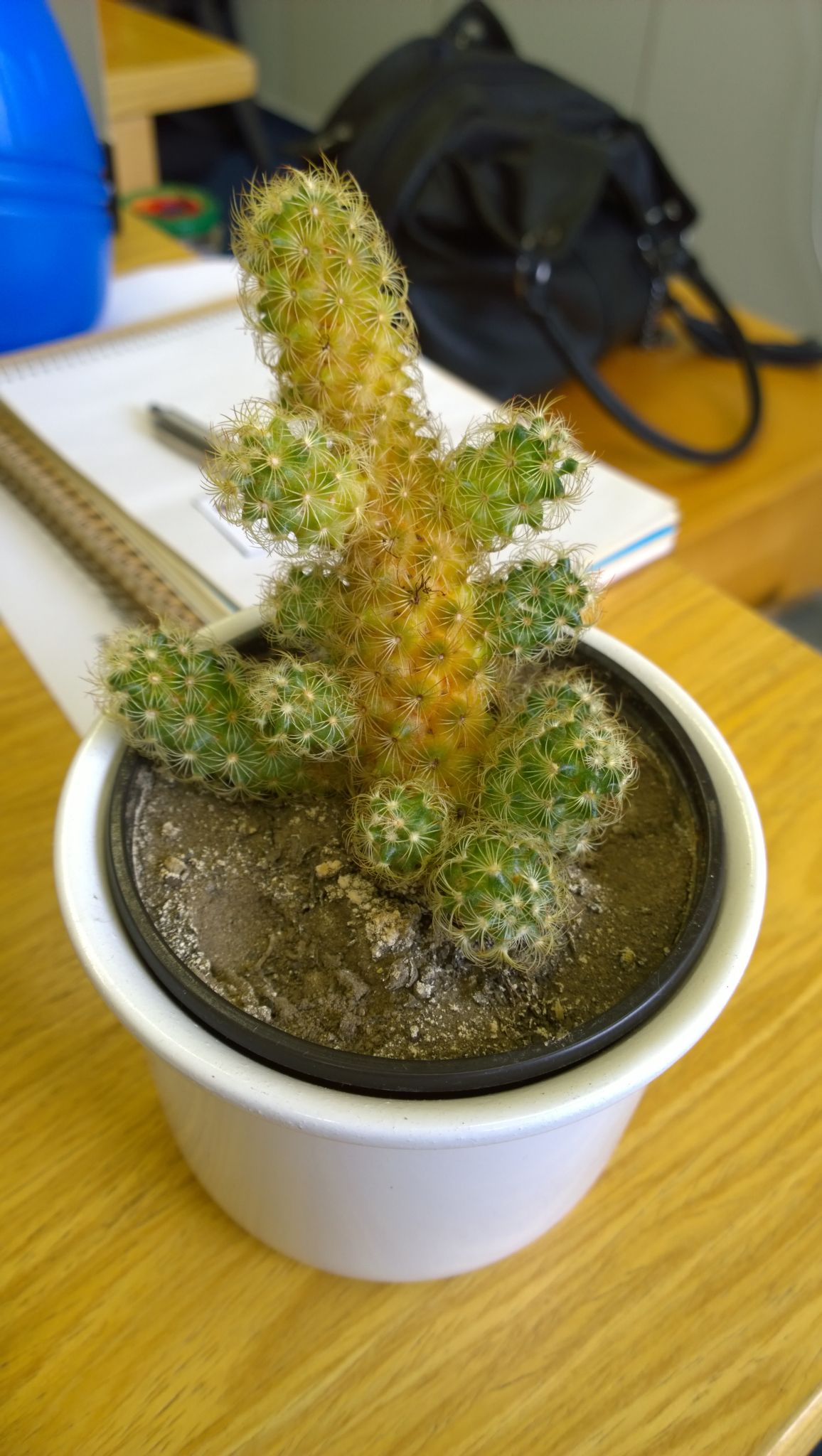 I don't think you are overwatering at twice a month. What I DO see are salt deposits on top of your soil. This is from softened tap water. Not good. Repot with soil made for cactus. Check the roots. If any are mush, cut them off and wash them. In fact, if the roots supporting the yellowed barrel are mush, I'd probably get rid of that part of the plant. Make sure that just the roots are back in the soil and no soil is touching the cactus. Water lightly and wait to fertilize until the plant can acclimate to new conditions. You might lose the barrel in the middle, but the others will do fine.

When the window opens, is the cactus getting direct sunlight? It could have even gotten sunburn without the protection of the glass...spraying with water is a good way to water a cactus or succulent. Washes off dust, possible insects and their root system is so shallow that wet soil below the roots could cause problems...or in this case, if the pot the cactus pot is sitting in doesn't have a drain hole, sitting water will cause root rot. Get a new, shallow, clay pot with drain holes and use a tray to catch water (dump water out of tray). Get distilled water and stop using tap water.

The little green barrels that still look healthy can be broken off the parent plant and placed, raw end down in the new soil (make sure you get sterilized potting soil just for cactus). Use your sprayer to keep the top of the soil moist, not wet.

4
Opuntia is slouching after repotting
7
Succulent Disease Identification (kalanchoe beharensis)
8
Help is my cactus is dying, can it be saved
3
Cactus turning white/brown/yellow
1
Cactus spines turning yellow?
3
Is my cactus dying? Or what is this?
1
Can cactus live in water permanently?
5
35+ year old cactus turning yellow
1
Cactus growing in a stem between two leaves?
2
How should I proceed with this cacti