Is it possible for a transplanted baby Maple to grow into a Bonsai tree?

My understanding is that a real Bonsai tree is already very old living in a crevice somewhere, naturally tiny then transplanted.

In 50 years living in these pots, what would these Maples look like (1-year-old children of the 20+ year-old Maple that grows out from under the concrete next to my yard, freakishly thriving in urban dirt/rubble.) with or without Bonsai-style pruning. 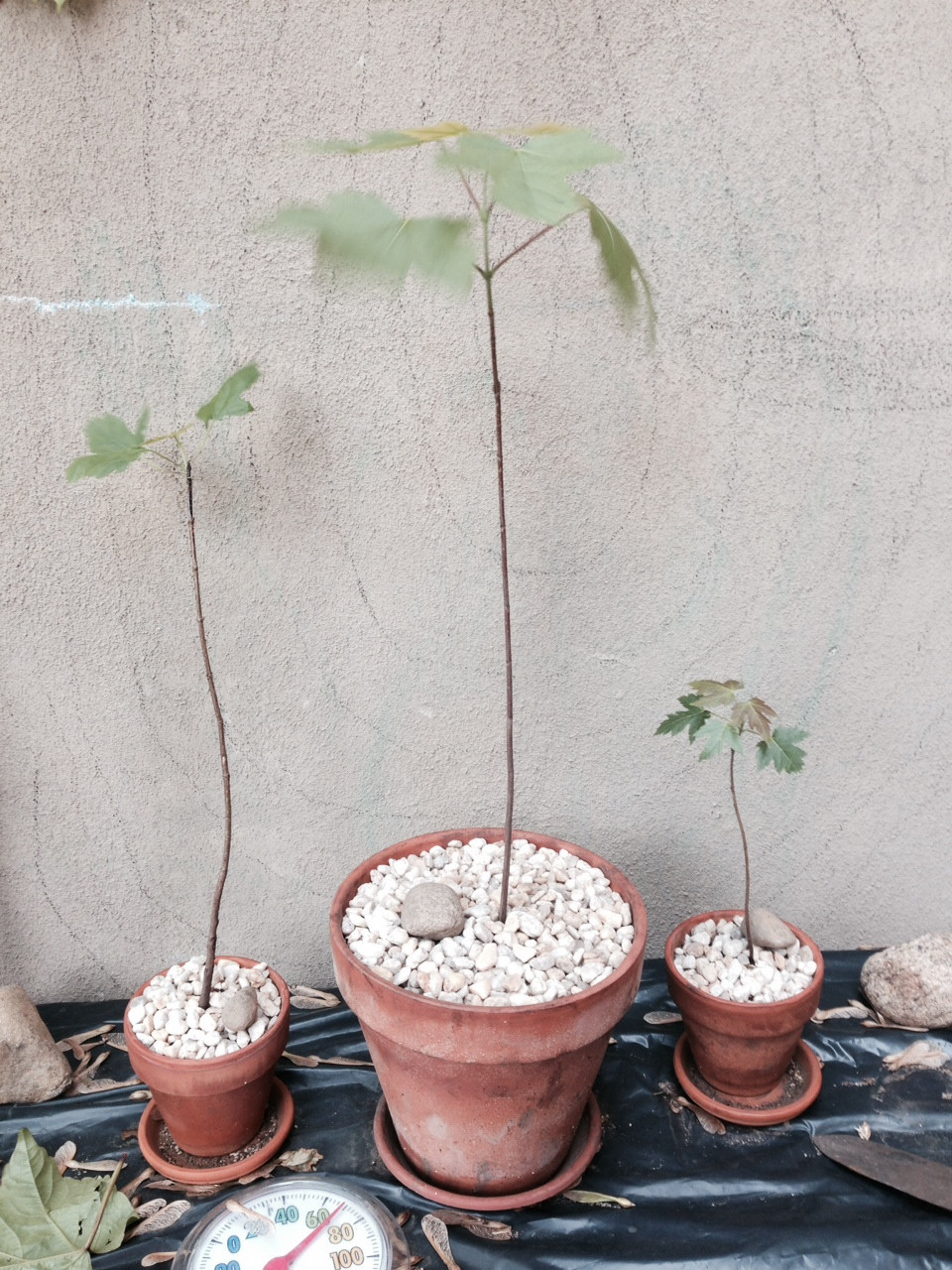 Bonsai is many things to many people. It may have started as finding old plants dwarfed from a tough environment but it is also the practice of dwarfing plants to resemble old plants by restricting root growth, selective pruning and appropriate choice of species.

The latter is the question you need to answer. Some species have smaller leaves that are in proportion to the size of the trunk when grown in a restricted root run. The amur maple is one of these. Until you know what kind of maple you have it's hard to tell whether the leaves will look appropriately sized.

Try it and see. In our backyard the best bonsai tool we have is the bunny. Any little amur maple seedlings look quite old when they have been nibbled down a few times.

I second some of @kevinsky's answer, but would add that most North American or European Maples probably won't make good bonsai due to their relatively enormous leaves. What looks like a bonsai is relative, but for most people it's making a small plant look like a large tree. There aren't very many large trees with 50-foot leaves on them, which is the look you'd get by using those species.

Also, growing them in a pot will take a long time for them to develop enough biomass to give them that "small tree" look. It won't grow leaves it can't support with its root system, and it can't grow a large root system in a small pot, so it'll typically stay at the size it is when you pot it. I've seen some people grow bonsai in pots...sometimes indoors no less, but this can take decades.

Most real bonsai are first grown in the ground for several years until they get a good trunk size (a few inches). Given the species, they may get up to a dozen feet tall or more. Then they're drastically chopped back during early spring/late winter, sometimes almost to a few inches from the ground, and left there to again grow back smaller branches. This is repeated a few more years until the branches look "ramified" as they would on a full-sized mature tree and only then is it finally dug up and grown in a pot.

Not the answer you're looking for? Browse other questions tagged trees bonsai maple or ask your own question.

5
Will Porcini mushrooms grow under a maple tree?
6
Trees in narrow space behind retaining wall
2
When should I plant my tree saplings into a bonsai pot?
3
Maple tree disease
3
Maple Tree Question
6
Can I grow an October Glory maple tree in a small area?
3
Can you grow (and keep) a large maple tree in a container?
2
Maple Tree Typical Dormancy Requirements?
1
Need repotting advice for my small red maple (hopefully to be bonsai)