How should I propagate day neutral strawberries which don't develop runners?

I just planted a Seascape Strawberry plant, which is day-neutral. According to Home Guides, day-neutral strawberries do not produce runners.

Developed at the University of California, Seascape strawberry, (Fragaria x ananassa) produces a high yield of large, firm, flavorful berries. Seascape is a day-neutral variety, which means that unlike June-bearing strawberries that produce berries in June and July, day-neutral varieties produce fruit throughout summer and into autumn, as long as temperatures are between 35 and 85 degrees Fahrenheit. Day-neutral strawberries do not develop runners. Seascape strawberry is suitable for growing in U.S. Department of Agriculture growing zones 3 through 9.

How would I propagate my Seascape strawberries if the typical way of propagating via runners is not an option?

I looked at my plant and verified that it does not have runners. Since Seascape strawberry's leaves are humungous, it would be easy to spot the runners, which have small leaves at the tip. No small leaves were seen. 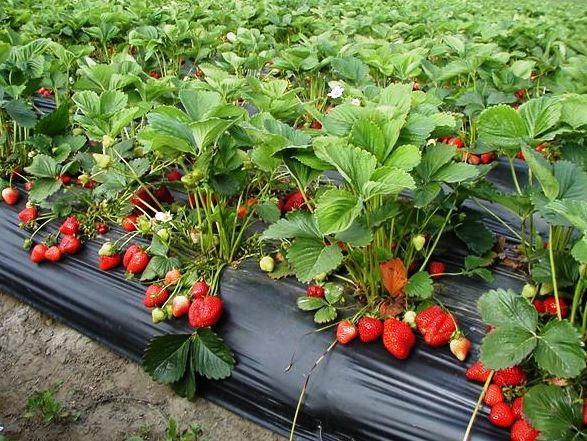 My Seascape has been producing runners like crazy. This photo was taken just a week after asking my question. 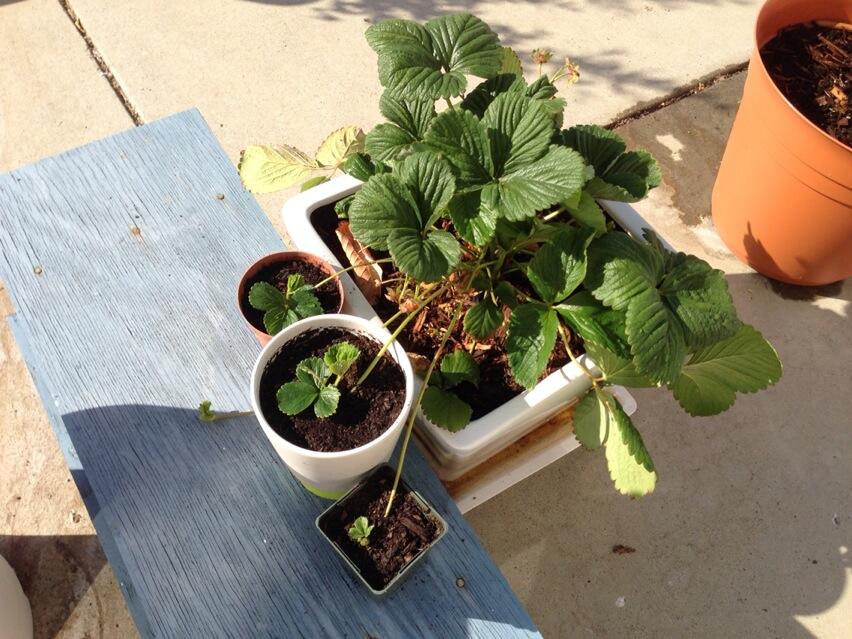 I don't have any recent photos, but since then I have been able to create around 10 new daughter plants. Even the daughters sent out their own runners, but I snipped theirs off. Don't want any teenage pregnancy, now do we?

I made the mistake of transplanting some of the daughters too soon. If I severed their runner when they were "4 inch pot nursery" size, they would shrivel within a day. It's best to leave the umbilical chord attached for a couple weeks. It actually doesn't do them any harm to leave them attached longer than necessary. I still have some daughters drinking mother's milk after a month - they're still lush looking.

Also, I learned that transplanting time should be well after runner severing time. If I severed the runner and immediately planted the daughter in my raised garden bed, it would shrivel within a day. However, if I sever the runner and let the daughter grow up in its container for another week or so, I could then transplant it to my garden bed without it shriveling. These daughters need time to adjust living away from Mother. It's not like a human where once they turn 18, you send them off to college without a transition phase. No, you have to hug them for a while and dry their tears.

Actually, Seascape strawberries do produce runners, but not in quite the quantity that junebearers do. They put most of their growing energy into fruit production. The runners are still the main means of propagation for commercial growers, and are your best choice. I cut the flower stems off the plants before they bloom, to help divert the plant's energy sources into runner production.

Not the answer you're looking for? Browse other questions tagged fruits propagation strawberries or ask your own question.