What are these white spots and wilting leaves on my cucumber seedling transplants?

I just transplanted 6 cucumber plants from one of those Burpee seed starting crates to a large outdoor planter (sits on my roof deck). They were doing great indoors, but within a day or so of going outdoors, developed these white areas, and some of the leaves have wilted off. I'm using an automatic irrigation controller for watering, the planter is 9" of soil on top of ~3" of packing peanuts, with drainage. Full sun. Any ideas on what this could be? 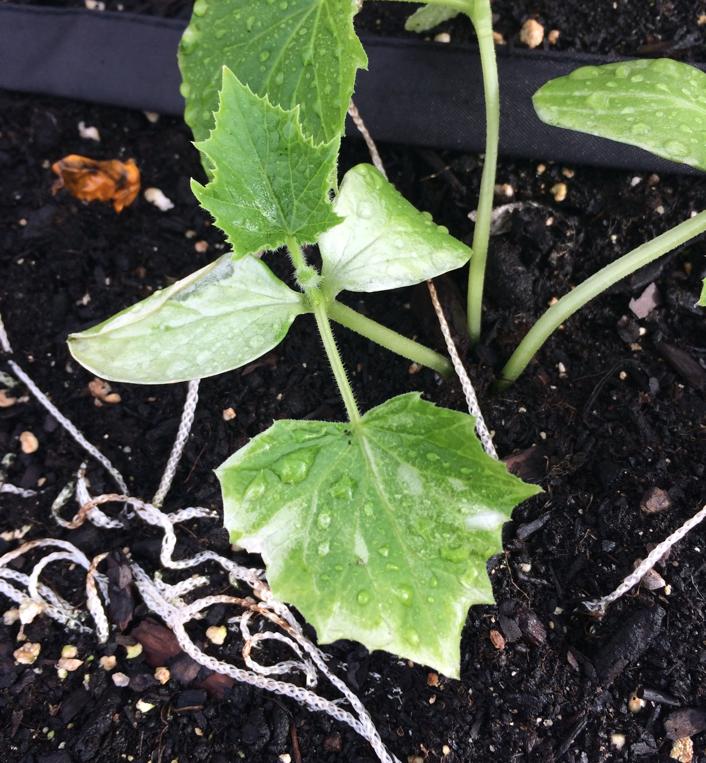 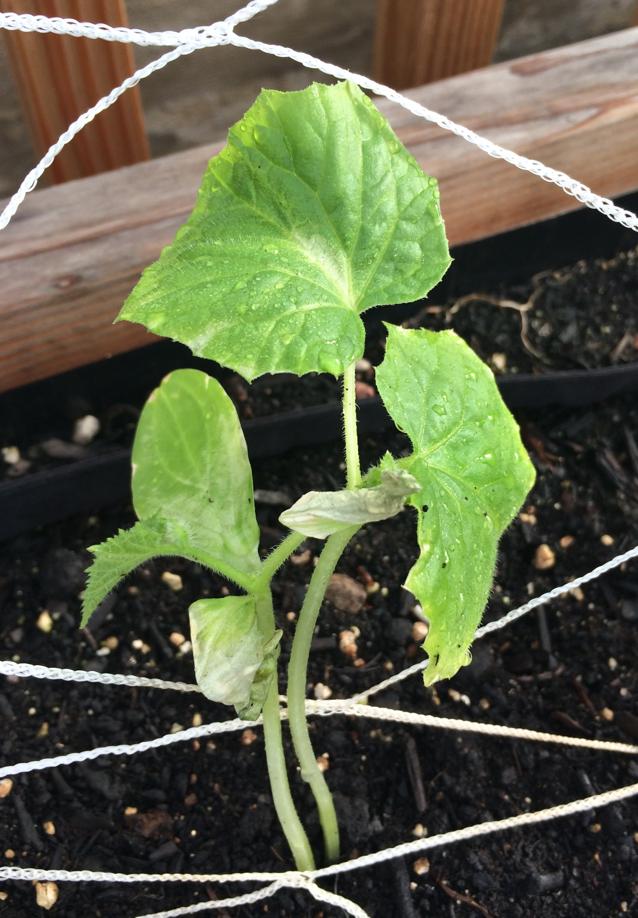 Probably transition shock - your description of what you did does not include a period of hardening off for the plants, so if they were under shelter or inside originally, then planting them straight out without hardening off means they've responded to the cooler/colder conditions by producing whitened areas and a bit of die off. The only thing is, when I look at the photos, those whitened areas do rather look more like white fungus, but that might just be a trick of the light off the wet leaves. If the whitened areas are within the leaf, and do not have a fungal fuzz over them, its transition shock.

UPDATED EDIT: I came back on to make suggestions as to what you should do if it is transition shock, but you've confirmed it probably is. It'll be night time temperatures that are the issue - they may now have adjusted already, but otherwise, cover them with something (not something that will touch the leaves though) at dusk and remove it first thing in the morning for a week or so, or till overnight temperatures are good, then leave uncovered on a mild night.

I'm still a bit concerned about fungal growth though - that compost looks to be pretty wet too.

They are sun burnt. Full sun is far too strong for seedlings that haven't been "hardened off" to handle it. You need to get these plants into a dappled shade situation, and then move them gradually over the next week or so back into full sun. If you don't, they could die.

Not the answer you're looking for? Browse other questions tagged seedlings transplanting cucumbers or ask your own question.