My potted bell pepper plants were looking healthy until recently: wide green leaves, thick stems. But now they have this "droopy" look. I've noticed red ants are always on the plant stems and leaves. Are they causing this? They also seem to be stunting the bell pepper's growth. What is the most eco-friendly way of getting rid of the ants? 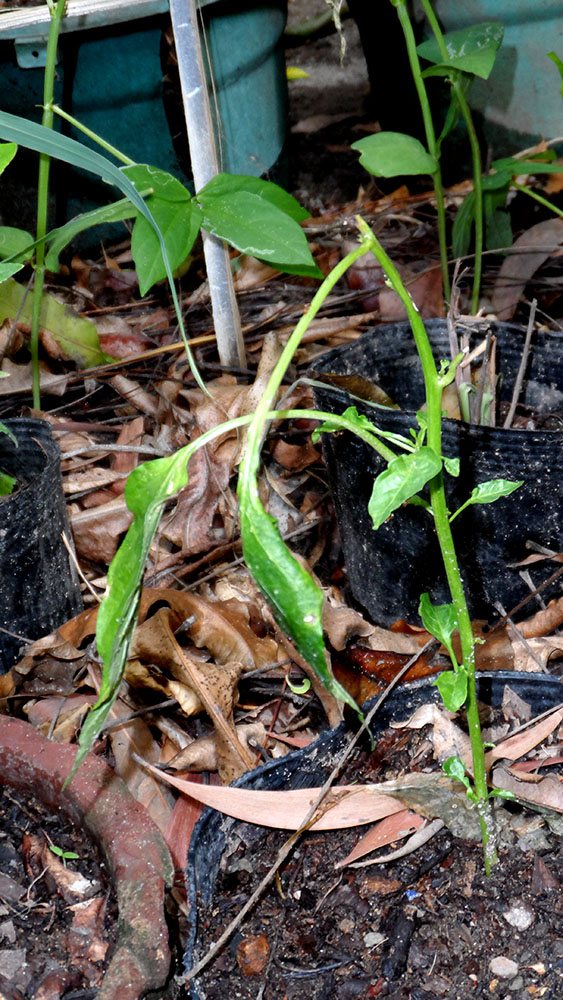 pest-control bell-peppers
Share
Improve this question
asked May 10 '14 at 3:09

I've seen your other question regarding your tomato plants too (they appear to be suffering attack from a leaf mining insect). Ants don't eat plants - they may crop bits of leaf for nest building and the like, but usually, if ants are present on plants, there's some other insect producing honeydew, and that's what the ants want. Insect infestations which produce honeydew are aphids or scale, though you may have other, local pests which do something similar.

Generally, though, having looked at the pictures in both your questions, hygiene appears to be an issue - there is dead leaf litter on the surface of your pots and they appear to be standing in leaf litter. The problem with that is, there will be myriads of insects, slugs, snails, bacteria and pathogens occupying the leaf litter, and some of those will be things that attack your potted plants. Clean up the pots and the growing area, removing all litter, then check backs of leaves, stems, etc., for obvious signs of infestation. Once you've decided what the problem is, there may not be a particularly eco friendly way of getting rid of them - leaf miner infestation is particularly difficult to deal with.

I'd also ask exactly what you're growing the plants in, in other words, what is the planting medium you have used - is it ordinary soil from the ground, or specially bought potting compost?

Not the answer you're looking for? Browse other questions tagged pest-control bell-peppers or ask your own question.