This is an apple tree in western Germany that recently began to show some white fuzz on a couple of snags on the tree. Can you identify this by the shown picture? 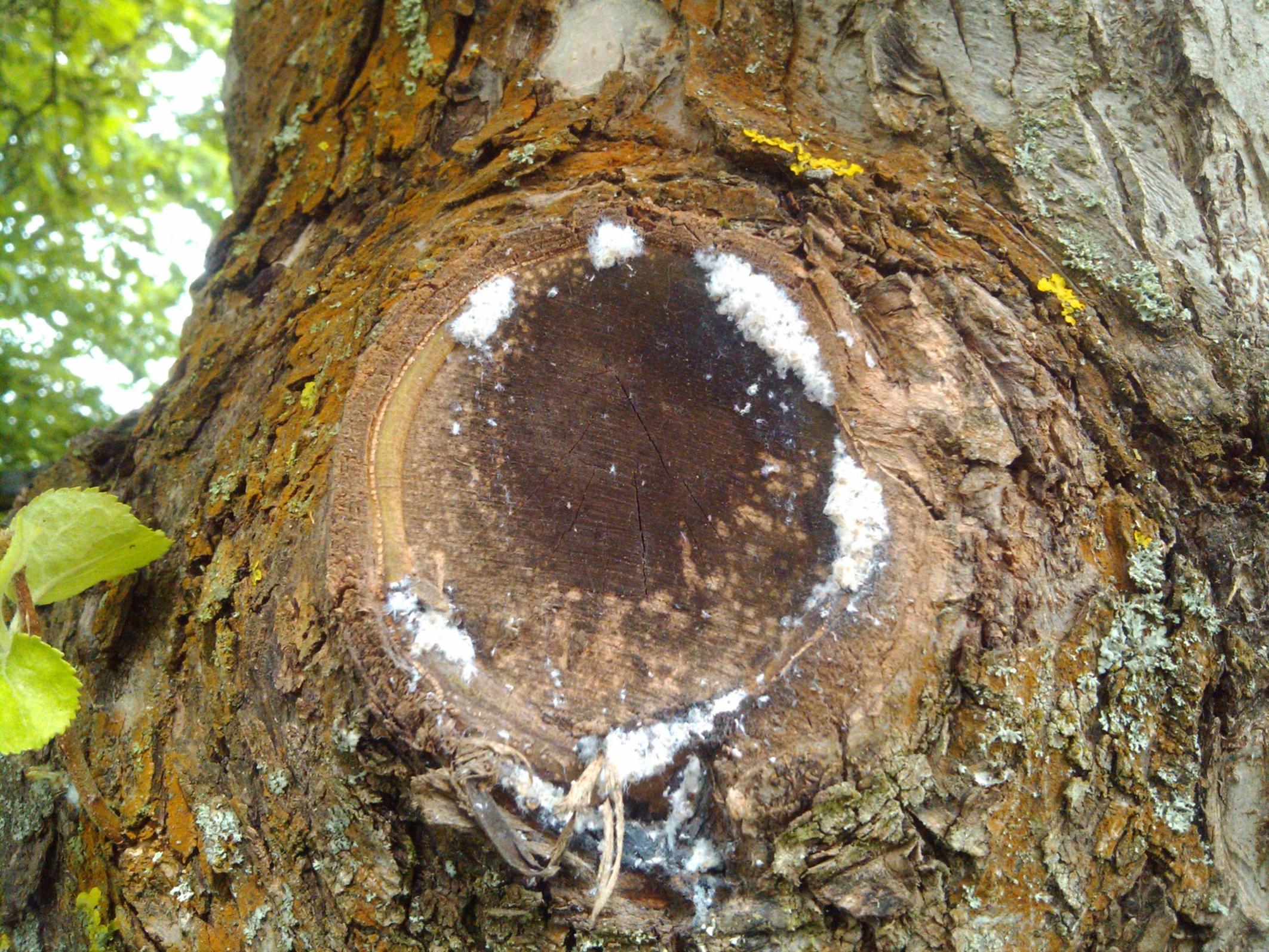 Does it any harm, shall I take any measures?

identification apples fungus
Share
Improve this question
asked May 3 '14 at 9:48

Depends - is there anything resembling this on other parts of the tree, perhaps on the leafed branches? This could be woolly aphid, it could be scale eggs (some scale insects lay their eggs under white cottony threads like this), but if it was either of those, I'd expect to see further evidence on the rest of the tree. Otherwise, it could be some kind of fungal growth, and its presence at a wound site might be troublesome, though it depends how long ago this particular branch was removed. Also, any fungal growths on trees which suggest a serious rotting problem are usually of the bracket kind, totally different from this. Suggest you inspect as much of the tree as you can, including undersides of leaves, to see what's there.

I think it is either Woolly Aphid or Scale Insects

Not the answer you're looking for? Browse other questions tagged identification apples fungus or ask your own question.

20
Why are my apples rotting on the tree?
5
Relocating an apple tree - when should this be done?
9
Dwarf Apple tree in heavy clay
5
Identification of tree with trilobate leaves
6
Need guidance on pruning multi-varietal apple tree
6
Can I grow an apple tree by planting an apple from a nearby tree?
3
What is this fungus/mushroom on my oak tree?
4
Identify caterpillar infestation on apple tree
2
Shall I cut off the suckers when my apple tree is in bloom?
1
Newly Transplanted Palm with Fungus Issue