My lemon tree leaves are deformed and some have holes (see pictures). Any idea what is causing it, and how I can stop it? 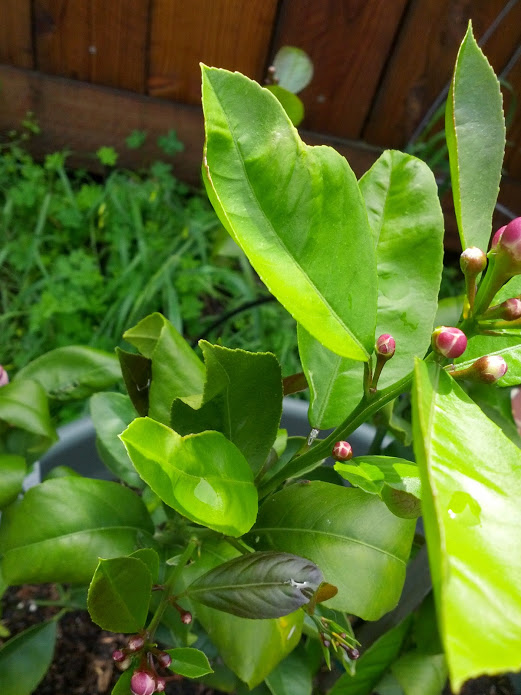 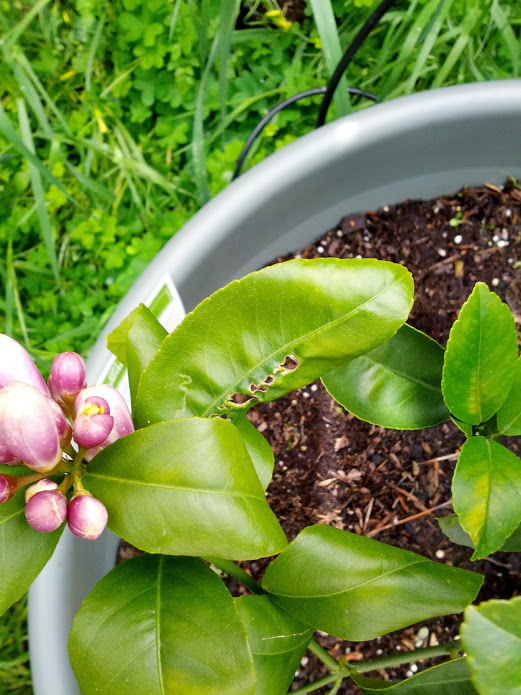 I strongly suspect this is early infection with citrus leaf miner - the moth that causes this is an import from Asia and is now very active in the USA. There is evidence of leaf miner infestation in the second photograph, top leaf, to the left of the dead area in the leaf, which itself is probably where a former leafminer was present. That, coupled with the deformation and slight rolling, points to citrus leaf miner.

You might want to google citrus leaf miner for added information, but there is no real treatment, though you will need to do something, it can't be ignored. Because the crop is edible, you're restricted as to what you can use - there are pheremone traps for this problem, these attract the males, but the other treatment which is reasonably effective is a combination of spinosad and horticultural oil (such as Bonide All Seasons Oil), mixed together (at the recommended ratio on each of the containers) in a spray. Spray every three weeks, usually from June through to end of October, but it looks like you may have to start now. New leaves are particularly vulnerable, so make sure these get a good dose.

Try to avoid spraying the flowers, particularly open ones - this mixture isn't good for pollinating insects like bees either. Spray only on still days to prevent spray drift.

Not the answer you're looking for? Browse other questions tagged diagnosis fruit-trees leaves lemons or ask your own question.

12
Is my lemon tree dying?
17
How should a lemon tree with yellowing leaves, peeling bark, and small fruit be saved?
4
Why didn't my Meyer Lemon tree produce fruit after it blossomed?
7
Does my very young Eureka lemon tree have leaf disease?
6
Do Orange and Lemon Trees need annual pruning?
3
Why is my 10 year old Meyer lemon tree suddenly producing orange fruit after producing yellow fruit for several years?
1
What causes sudden discoloration and leaf drop in a mature lemon tree?
4
Lemon tree getting malformed leaves
0
Lemon tree losing leaves