What kind of orchid is this?

I got this at a Lowes in the clearance rack. Included is the slightly cryptic (to me) plant tag. I'm guessing the flower will be purple. 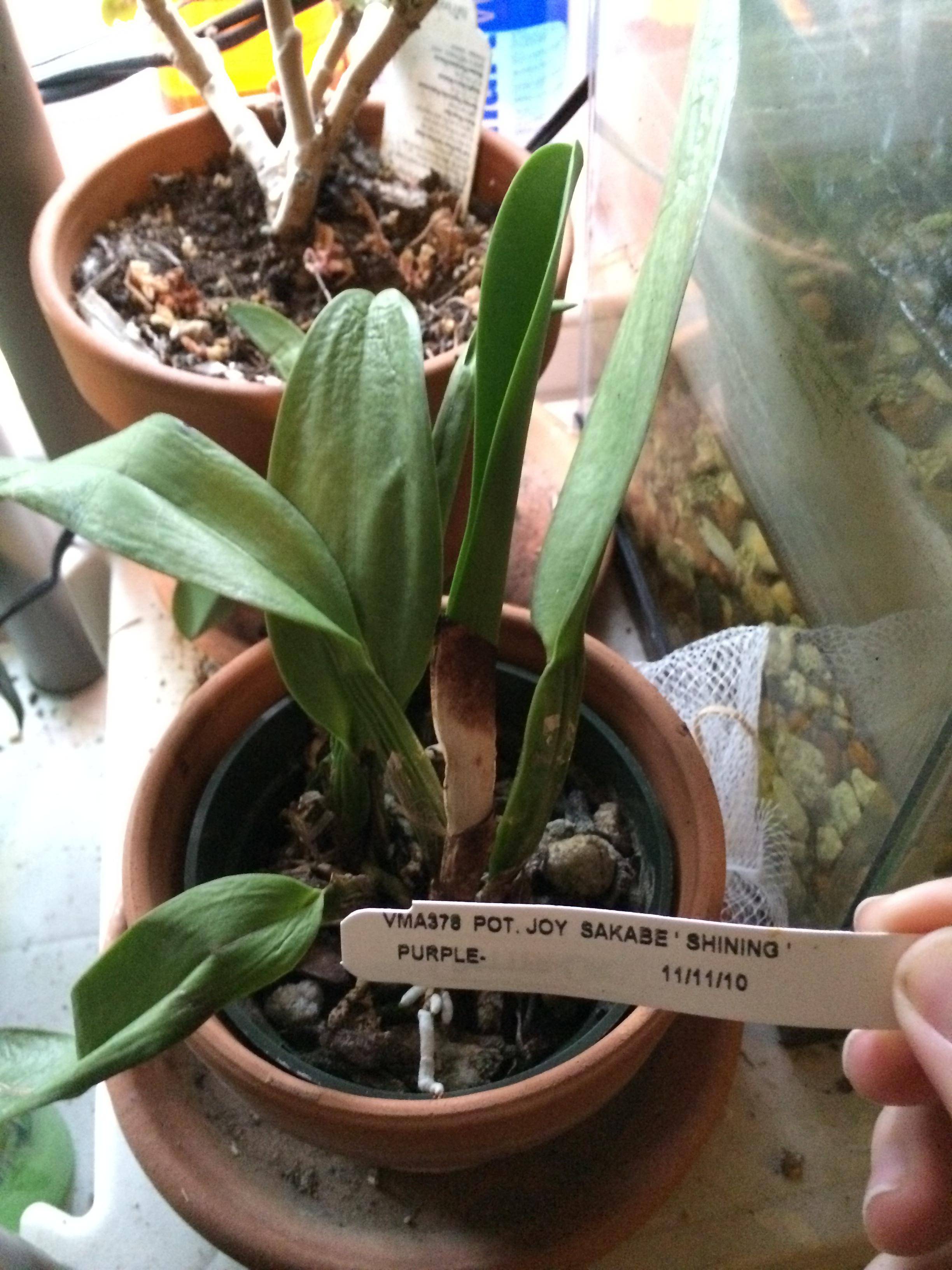 It's a hybrid cattleya orchid named Joy Sakabe "Shining" - more specifically a Rhyncholaeliocattleya (Rlc.) Here is a link to a Wikipedia article explaining the naming a little bit more. It is indeed purple, and quite attractive. Cattleyas are fairly easy to care for, for the most part, requiring a fair bit more light than many other genera, but rewarding the grower with some pretty spectacular blooms. Here is a link to an article on basic care of cattleyas from the American Orchid Society. Good luck!

The grower thought that he had more genera in the background of the plant than would be indicated by calling Rlc. The Pot. is an abbreviation for potinara, which indicates several genera in its background, including Sophronitis. You can look up specifics in the reference given in an earlier response to your question. The date on the tag may reflect the date the plant was taken from the second flask or replating flask and placed into a community pot, or it may reflect the date that it was first placed in an individual pot or into a community flat from the seedling community pot. Different growers do this differently, with some never placing the plants in such a pot as you have until the plants have grown within a season of blooming size, remaining in trays until such transplanting. Three years is about the minimum for such a potinara, I think, although I have seen a few that have bloomed within three years, and some orchids are known rather commonly to include specimens that first bloom in the last plate flask.

Not the answer you're looking for? Browse other questions tagged identification orchids or ask your own question.