Does wrapping fruit increase its temperature?

I was watching a video on how to grow Wax Apples (Jambu) and the farmer said that wrapping his fruit in paper bags would increase the temperature by 2 degrees Celcius. Can someone scientifically explain this? I understand how a mammal has warm blood running through its veins and clothes keep the warmth from dissipating into the air, but I do not know what is generating heat on a fruit. And these bags are not air tight - wouldn't any cold air get into the bag after a matter of seconds? 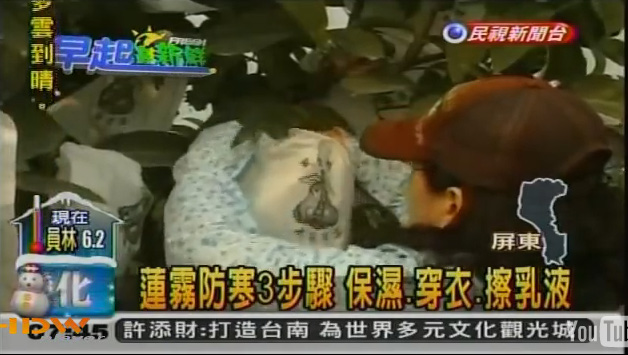 Nothing is generating heat on or within the fruit - the paper bag acts as an insulator so that if/when the temperature drops (possibly overnight or whatever) the fruit is more protected than it would otherwise be if it were not bagged. Paper is a very good insulator, sealed at the top or not, and in this case, there's a gap between the fruit and the bag which also adds to the insulating effect. When the temperature outside the bag drops, the temperature within will be higher, though whether that will be by 1 or 2 degrees I can't say.

In response to your comment, it depends which fruit you're talking about, really. Bagging fruits at a certain point in their development, often after thinning out a bit, has most usually been done on tropical type fruits, and not just to keep them warm. Loquats, for instance, are better bagged because then they're on the tree long enough to get properly ripe (orange). If they're not bagged, by the time they're yellow, they're being pecked and nibbled to death by birds and insects, and bagging stops that happening. Most bags intended for this purpose come with a wire in the top to close it, and drainage holes in the bottom, and the paper itself is permeable and lasts well. The requirement for sun isn't an issue, the fruit will be warmer in the bag, and, as already stated, the bags are permeable, but the timing is important - bags are only used at a certain stage of development, depending on the variety of fruit being bagged.

Not the answer you're looking for? Browse other questions tagged fruits frost or ask your own question.

16
Why does my lime tree drop its fruit early?
8
Does spraying water on fruit trees after a frost help?
3
Why does my Passion Fruit Creeper grow best in autumn and early winter?
2
Why does my plum tree never come into fruit?
7
Does it matter if I cull the flower or fruit for higher fruit quality?
9
Can grafting increase fruit size, productivity, and ease of growth?
2
What is the name of this fruit?
2
How low of temperature can hot pepper plants tolerate?