Are these Golden Pothos roots overwatered?

Based on my previously asked question:

I took one plant apart to examine the root structure. The soil seemed dry enough, and almost no moisture was felt. 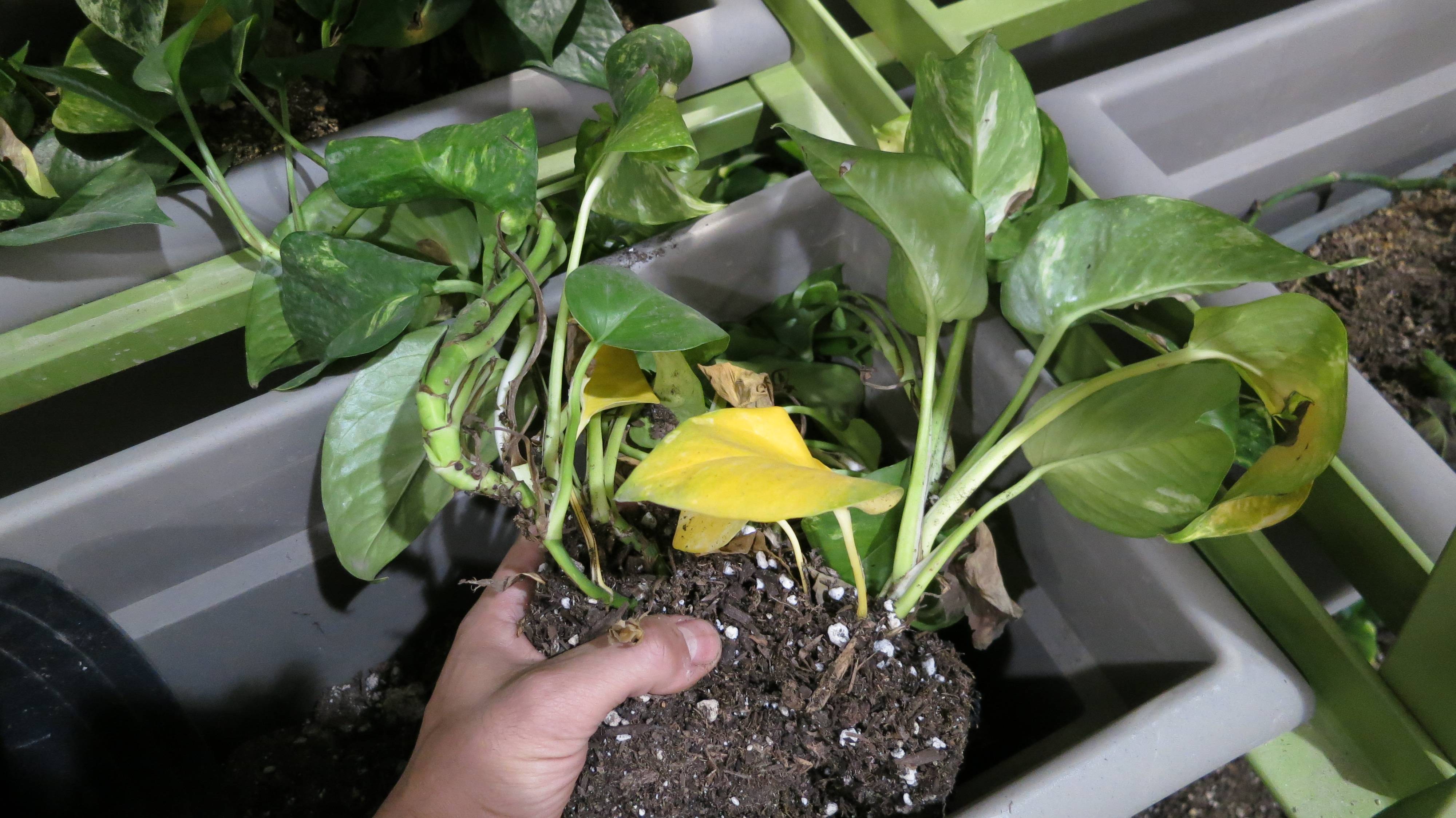 The soil came out in larger chunks, but said clumps were easy to break apart. 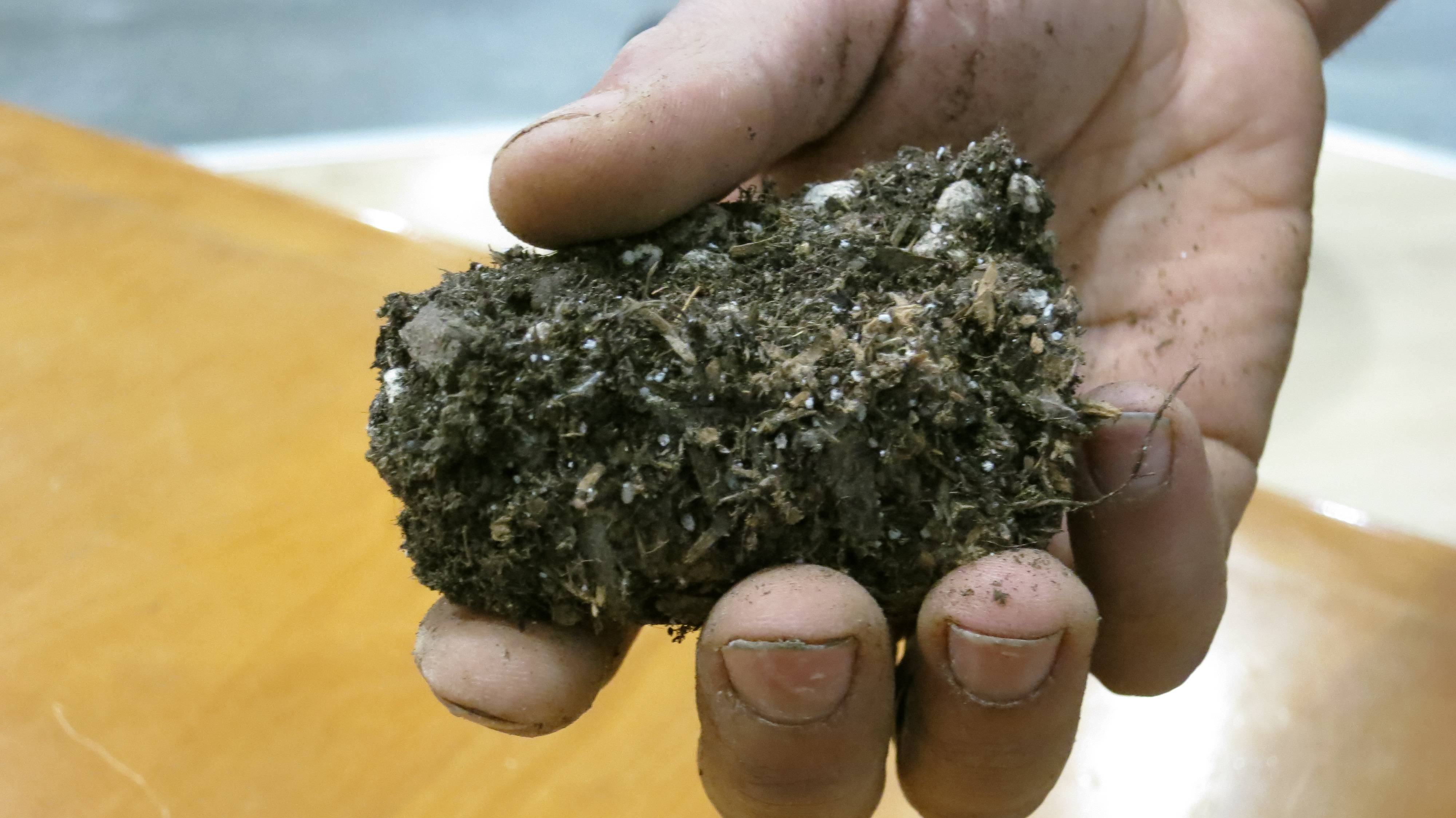 Pictured is the root structure. They seem solid enough, although the entire structure seems small. What's going on here? Are they over-watered? Are they under? 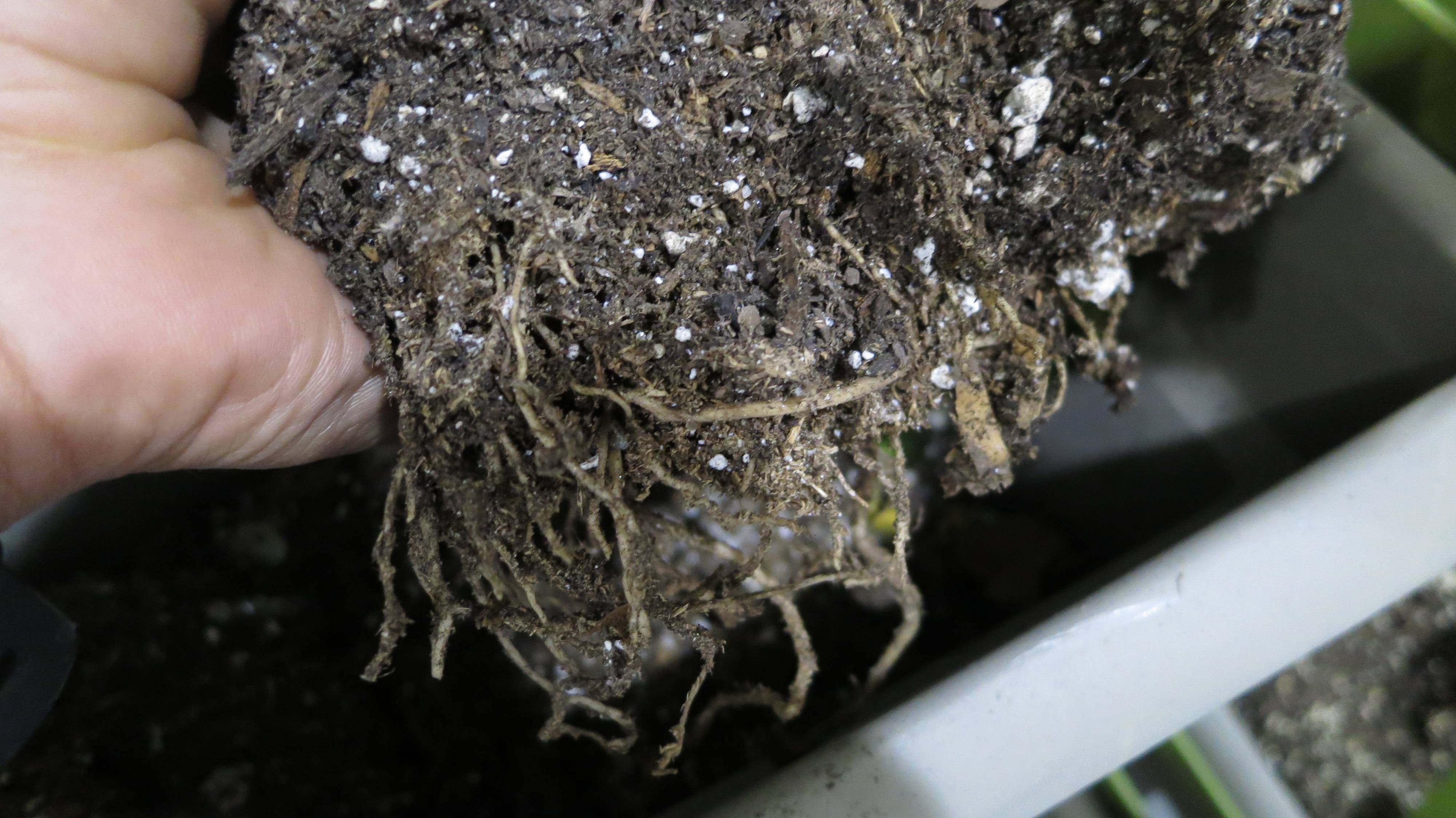 First of all thank you for the detailed pictures. Even with the detail that can be observed here we may not be able to come up with a definitive answer. This is what I notice:

Your next question would be what's going on?

I think the watering regime is off. Possibilities that you can test yourself are:

I still think a wicking system will solve most of the issues. With a capillary wick and putting the plant in a pot it can draw up as much water as it needs but not too much. You can also see if the plant is sitting in water or not.

It would be pretty easy to do this for one trial plant. Other tests would be to take some cuttings from the healthiest plants, root them in water and then pot them up. If, by some chance, your plants have a fungus/virus/bacteria they will continue to spot on the leaves even as cuttings.

Inevitably this is speculation so I encourage you to experiment. Try other easy tropical such as a trailing small leaved philodendron or a Sansevieria compacta Hahnia for a drier area

Not the answer you're looking for? Browse other questions tagged watering protection or ask your own question.

6
Restoring overwatered rosemary
3
Are there cacti that don't rot when overwatered?
4
Golden Pothos Leaves Are Regularly Dying
4
Are Scaffolding Nets are good options to put on my Trees to protect them from Birds and Squirrels?
4
What happens when tomato seedlings are overwatered?
2
What are these brown spots on my rubber plant?
1
Is this overwatered English Ivy beyond salvation?
0
Are these potted mint plants healthy?