How should I do about dry patches in my Leylandii hedge?

I trimmed my Leylandii hedge some weeks ago. And one day I went outside and found this: 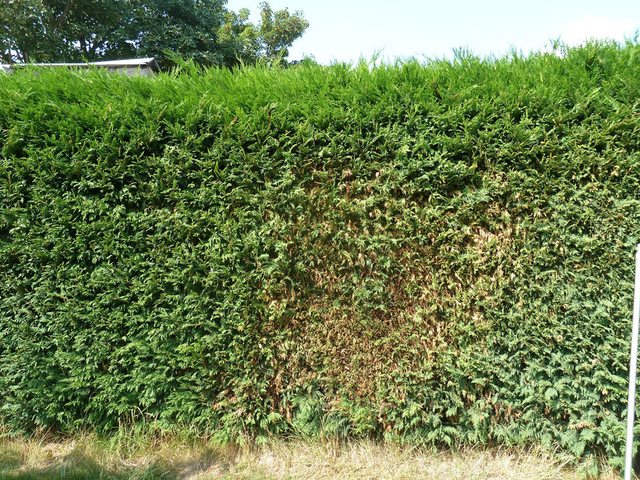 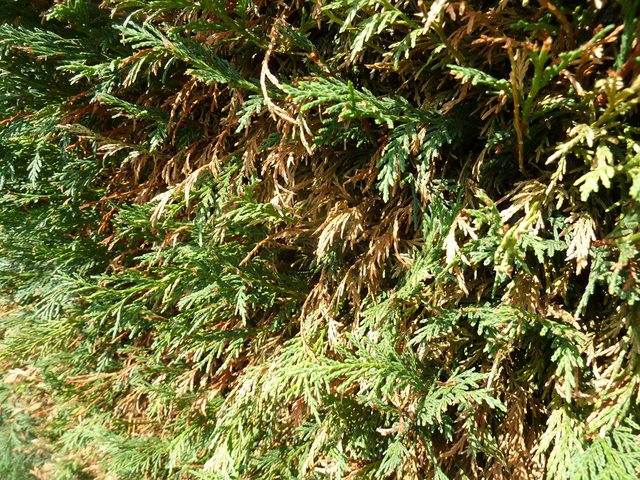 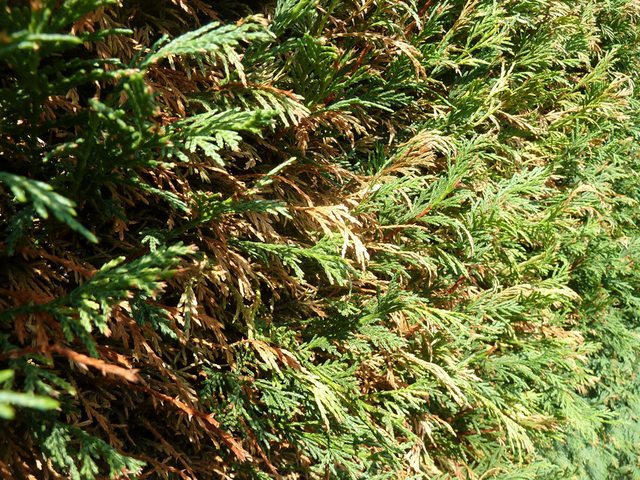 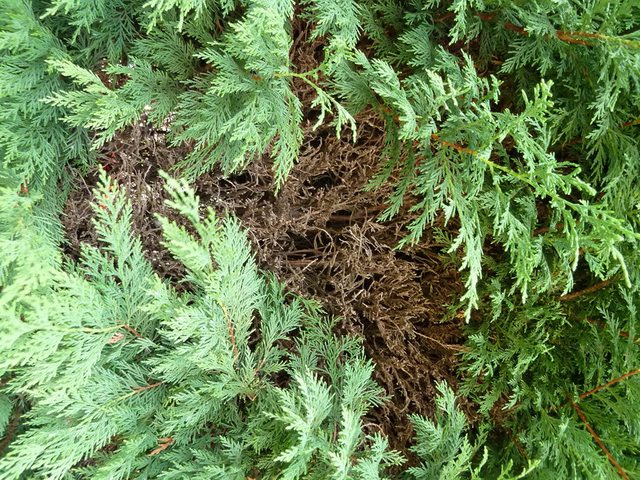 What can I do? I am new at gardening.

There are several possibilities. This might be cultural, that is, when you trimmed it, you cut that browned area too far back, into old wood, and these trees don't regenerate from old wood. If the weather was hot and dry for a couple of weeks after you trimmed it, then some patches may have had trouble regenerating, even if you didn't cut too far back.

Check whether the browning is all on one tree/plant by examining it. If it is just one, then it may have a problem with phytopthera root rot. If it's not just one plant, then Cypress aphid could be the culprit, and they will have long gone by now. You might, though be able to find evidence of them by examining the hedge closely - you're looking for cast aphid skins or evidence of sooty mould. If it is cypress aphid, then you need to keep an eye on the trees from next Spring, and treat by spraying at the first sign of infestation. Trees damaged in this way usually recover, but any browned parts do not regrow, so the best you can hope for is, as the hedge thickens up, new growth from around the browned areas may disguise the dead parts. This is also true if its been cut badly, as described initially.

I note you have grass growing right up to the base of the trees, or that's how it looks in the photo, but next Spring, you should topdress the ground around the hedge by raking in a basic feed, such as Growmore. Applying a mulch of organic material, but not so that it is touching the trunks or woody parts, after applying the feed (onto already damp soil) will also help, but I'm not sure you can manage this without removing some of the grass. Keep well watered during dry spells, in particular if you have recently cut back the hedge, and avoid, if possible, trimming past the end of September.

Lastly, check for Pestalotiopsis - the signs are tiny, black fruiting bodies, but this infection is much more common in wet summers. Of all the problems described, the most likely cause is Cypress aphid, followed by poor trimming. Also note that, when trimming, you should aim to get the top of the hedge narrower than the bottom, so that it makes a wedge shape with the widest part at the bottom. This is to prevent too much shade being cast by the upper growth over the lower parts of the hedge, for this in itself can cause browning and dieback.

Not the answer you're looking for? Browse other questions tagged hedge dryness leylandii or ask your own question.

5
A fire burnt my Leylandii hedge, what should I do?
4
What can I plant in dry shade at the base of a deciduous hedge?
9
Cedar Hedge drying from the inside
4
What type of bonsai is this, and how do I revive it?
6
How to help our tall cedar hedge grow thicker?
4
Making a leylandii hedge more bushy and thick
2
When are the best times to prune or trim leylandii?
4
When to trim ivy-full hedge to avoid bees and wasps?
3
How can I prune a dead brown inside overgrown confider leylandii hedge
3
Hedge with bindweed growing inside