What are these black spots on my rose tree? 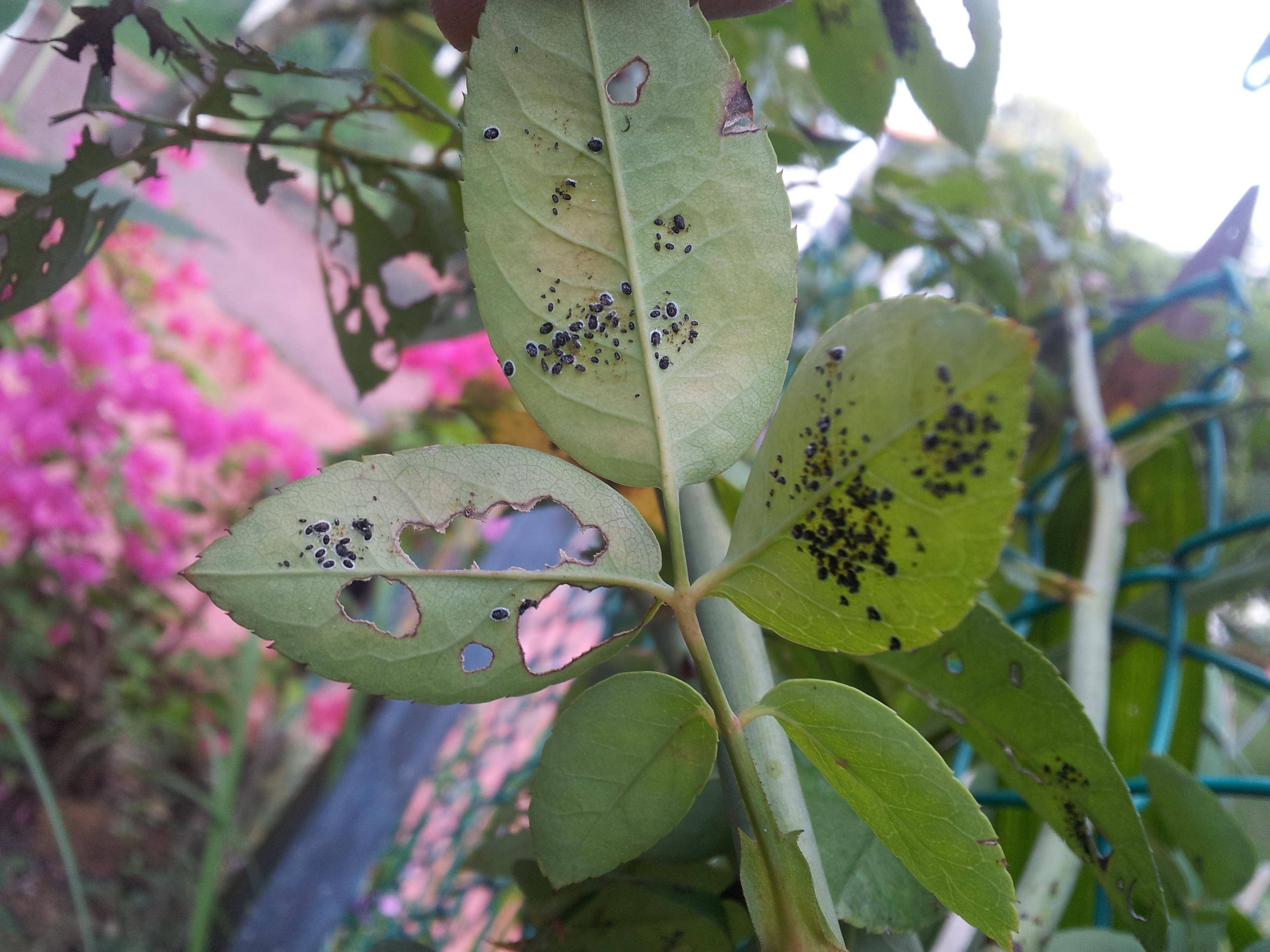 If I press these little dots, there is a white cream-like substance inside. Some leaves are completely eaten, but I am not sure if it is linked. This plant, a rose tree, had fallen on the ground when I arrived in the garden, hence lot of insects could eat it. This photo was taken in Singapore.

Having magnified the picture, I can see what looks like a white, cottony area extruding round the edges of the black 'dots', which would strongly suggest some kind of scale infestation. I don't know where you are in the world, so it's hard to confirm exactly what it is and what the treatment might be for your area. Rose scale infestation is not that uncommon, but they usually inhabit the stems rather than backs of leaves; even so, scale infestation would be my best answer without more information.

UPDATE: What I know about insect infestation in Singapore could be written on the head of a pin, frankly, but it occurs to me that this is a rose, which, of course, will need pruning, probably in Autumn if it's not a rambler, which it doesn't appear to be. Because it was laying on the ground initially, that would likely explain the holes in the leaves, but if these pests are just on the leaves, then I'd ensure to prune out the affected parts, then check the whole plant for other evidence of infestation, and treat accordingly if necessary.

So I have done a bit of research here on this picture and looking up other pictures that look like. I can't say for 100% certain, but it seems this and other discussions of these pictures seem to indicate it is the an instar of the Citrus Blackfly (a species of white fly). Luckily I only seem to have a few of these, and I can pluck them off by hand, but I would hate to deal with an infestation of them.

Not the answer you're looking for? Browse other questions tagged diseases insects roses or ask your own question.

20
How to get rid of insects on basil while leaving the leaves safe to eat?
10
Grapevine leaking water and white mucus
12
My basil is “rotting”, here's all the clues I have gathered
4
Does anyone know what’s wrong with my Areca Palm?
4
Spots on climbing rose canes
3
Pea Pest Identification
4
Monstera with tiny white flecks (spores?), large brown spots, small white dots