What should I do with these young tomato plants in the middle of august?

But if I'm not mistaken it's too late to plant them out into the yard.

August is halfway through and it's not uncommon to get the first frost at the end of September/beginning of October. I'm in Belgium.

So what should I do with them?

Keep them inside? Grow them under some special light? 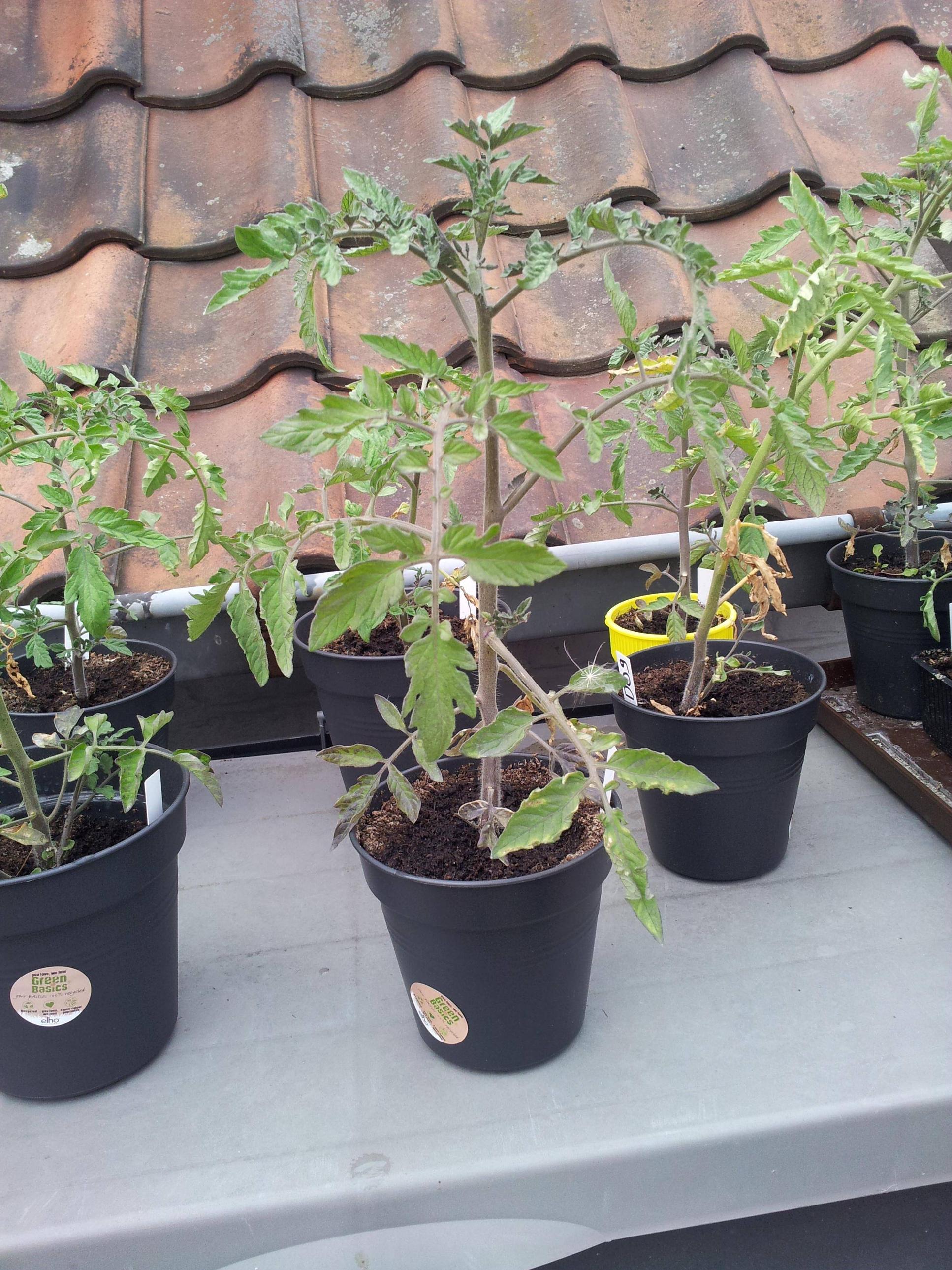 You can grow them under grow-lights in your garage. Tomato plants can be grown up to 24 months provided they receive the necessary light and nutrients, infestation and growing zone withstanding. After your last frost date, slowly introduce them to the outside weather to prevent transplant shock. Do not feed your tomatoes nitrogen rich fertilizer; it will result in lush foliage with little flower production. If possible, avoid fertilizer; the faster a vegetable or fruit plan matures, the shorter its fruit production period. If you must, use fish emulsion.

You can keep them alive until spring with or without a grow light, if you have a good widow. If you want fruit before spring, and if you want them stronger, I recommend a grow light. If they grow too big, you can take cuttings and root them for new/additional plants. If you're running on window light, you should realize that the time of day in which the sun produces the kind of light that tomatoes like the most may change in winter. Where I'm from, they like the east morning sun in the summer and fall. In the winter, they like the afternoon sun (they grow toward the west instead of how they used to grow toward the east). So, be sure to position them in the window according to the light they prefer. If your windows are east/west instead of south like mine, you should move them to the window they prefer at the proper time of year. For a south window, if you keep them in one spot all year they may suffer if they're not near the middle of the window.

I've never heard anyone talk about the east/west change from fall going into winter. My plants just showed me within three last few months up until now by their behavior. The ones on the west half that receive morning light (and low afternoon light) definitely need to be moved, or else they need a grow light. I've got a few on order, though, but I just moved the plants (and edited this post to reflect that).

You should be able to get lots of tomatoes next year due to larger and more mature plants. When you plant them in spring, you could plant them really deep so as to give them more nutrients and drought-resistance. They should grow roots all along the buried stem. Your plants, and even the cuttings should produce earlier tomatoes than usual, too.

Be sure to use clean soil for cuttings to protect against damping off or root rot.

Not the answer you're looking for? Browse other questions tagged vegetables tomatoes planting or ask your own question.

12
Is September too late to plant winter greens in USDA zone 6?
11
What sort of tomato has two layers of seeds?
7
What should I consider when putting raised garden beds on concrete?
7
Can I overwinter runner bean seedlings for cropping the next season?
2
What's the best way to grow tomato and pepper plants from seedlings late in the season?
2
Good Frost tolerant tomatoes?
4
Will tomato fruits stunted in size by cold still develop seeds in a timely fashion?
5
Will tomatoes on the vine ripen without direct light?
1
Moving tomato seedlings outside right after germinating?