What is the effect of candling pine evergreens?

I recently purchased a dwarf evergreen (a Japanese White Hagoromo and a Japanese Black Pine) and was instructed by the salesman to twist off all of the "candles" at about the halfway point once they have reached an inch or two long. He said this was necessary in order to keep it from growing too large. 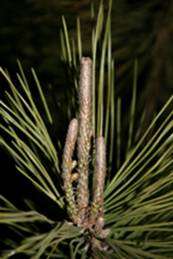 I've read somewhat vague effects of performing this ritual on selected candles. Could someone go into a little more detail and ideally provide before/after photos?

According to this site, strategic candling can give your pine an appearance called "cloud style" that looks like the below image. They explain the technique as:

Candling for a smooth look (you might have seen the "cloud"-style pruning favored in Japanese gardening) is simple. Just start breaking off the soft growth on the uppermost part of your shrub, at the top of the selected plane or curve. Then work your way along, breaking off the buds to match this general curve or plane as it suits your eye. In a month or so the pine will have grown out evenly-- though there are always a few buds that stubbornly come out late, just remove them when you see them.

One of the nicest features of Shore Pines is the long internodal spacing between branches, which lends itself to "cloud" pruning. Select a few widely spaced branches and remove those that are in between. Then begin your annual regimen of candling to create the "cloud" effect. As the tree grows too tall to reach, it will still maintain a general look of the pruning style, but if you are really fussy you can get up there on an orchard ladder and remove buds. 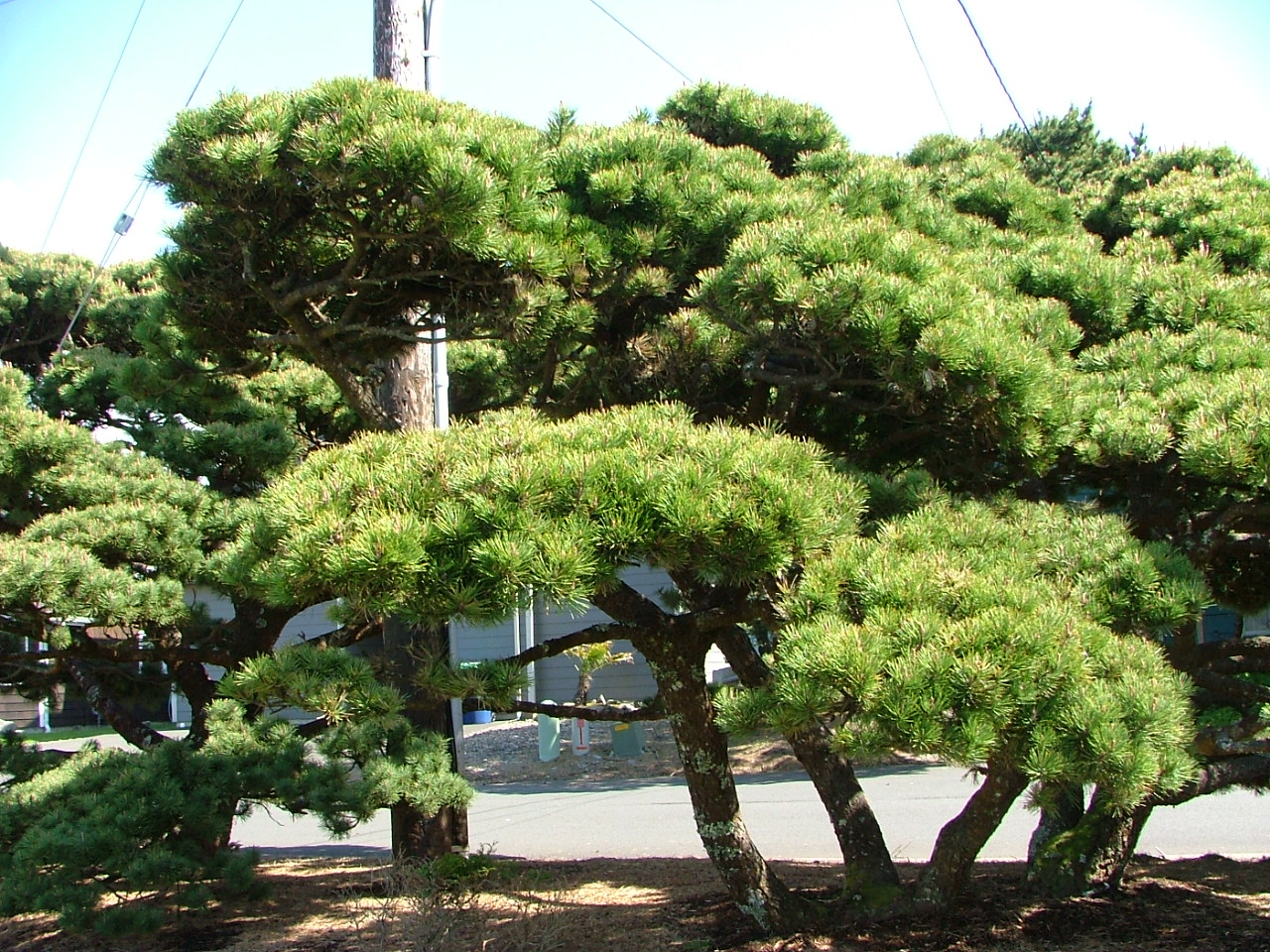 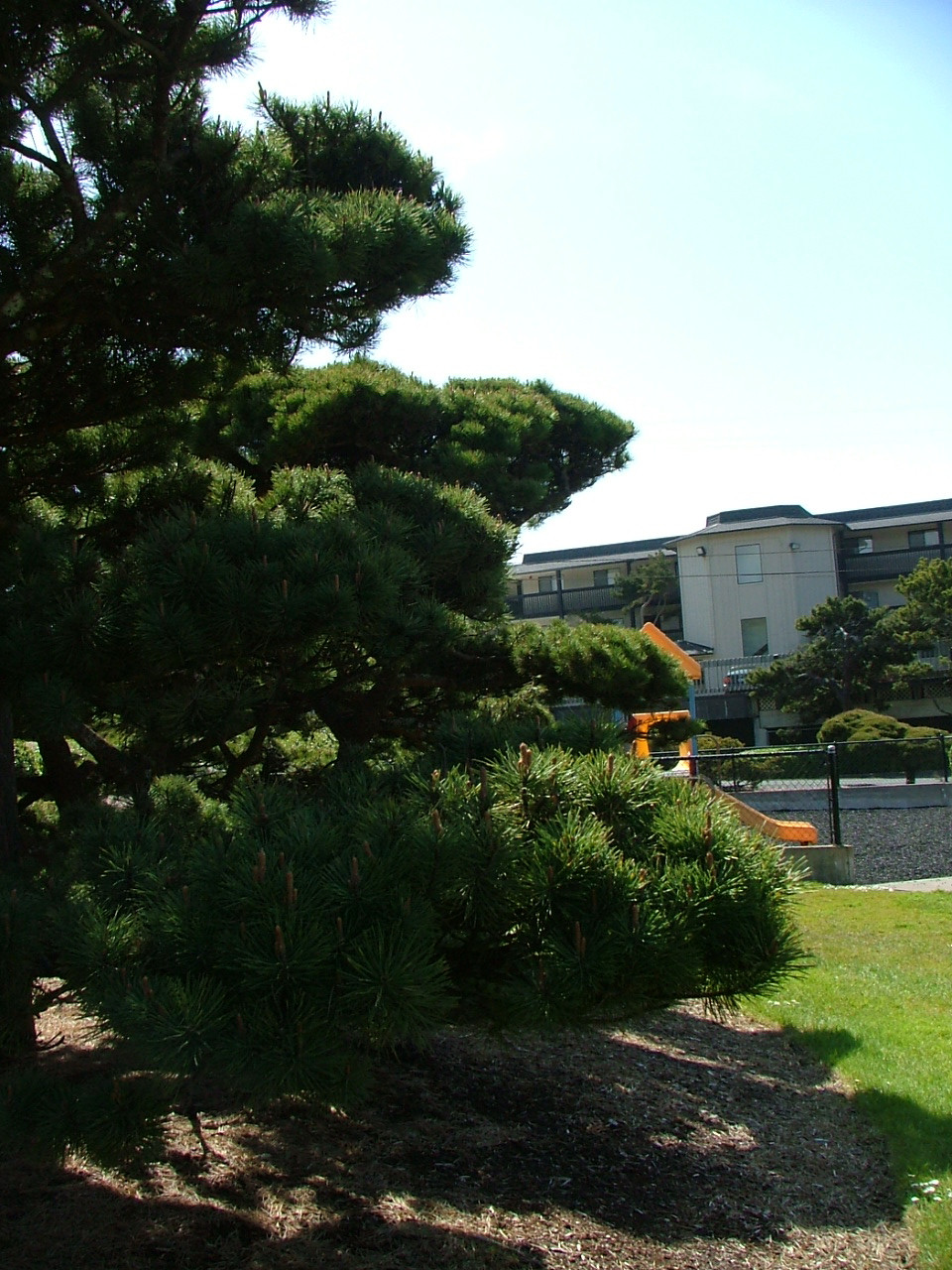 There is an interesting short guide to pine pruning here.

Several pruning strategies are described in the guide, but here is the part about candling (I found it very useful and packed of relevant info):

During the Spring, the buds that you have retained will elongate into candles, their size being in relation to each candle's individual strength and vigour. To ensure that growth extension is regulated and energy is dispersed evenly throughout the whole tree; these candles need to be pinched back. The amount that each candle is reduced depends on its position within the structure of the tree and its future purpose. After the candles have extended into new shoots and branches, it is at their tips that new buds for next year will form.

Just as in bud selection, candles growing in more vigorous areas of the tree should be reduced by far more than candles growing in weaker, inner areas. If a new branch or sub-branch is required the candle can be left unpruned to extend; however it should be noted that more of the trees energy will be directed to it at the expense of other areas. Candles left unpruned to encourage vigour in weak areas or to develop new branches can then be cut back to a desirable length once they have fully elongated and hardened, this will soon be followed by the appearance of buds at the tip.

Don't pinch out all the candles at once. Start pinching out the weaker areas of the tree first and finish with the strongest areas 2-3 weeks later. Generally, as a rule of thumb, candles growing in vigorous areas of a Pine should be reduced by at least 1/2 to 2/3, candles in weak areas should be reduced by no more than a 1/3.

You may consider combining candle pinching with other pine pruning strategies too (also described in the guide):

Also, there is an interesting article Growth of a Pine Tree from The American Biology Teacher. Following two pictures illustrate annual and multi-annual growth of a pine: (not really before-after images you are looking for, but still very useful for understanding pine growth) 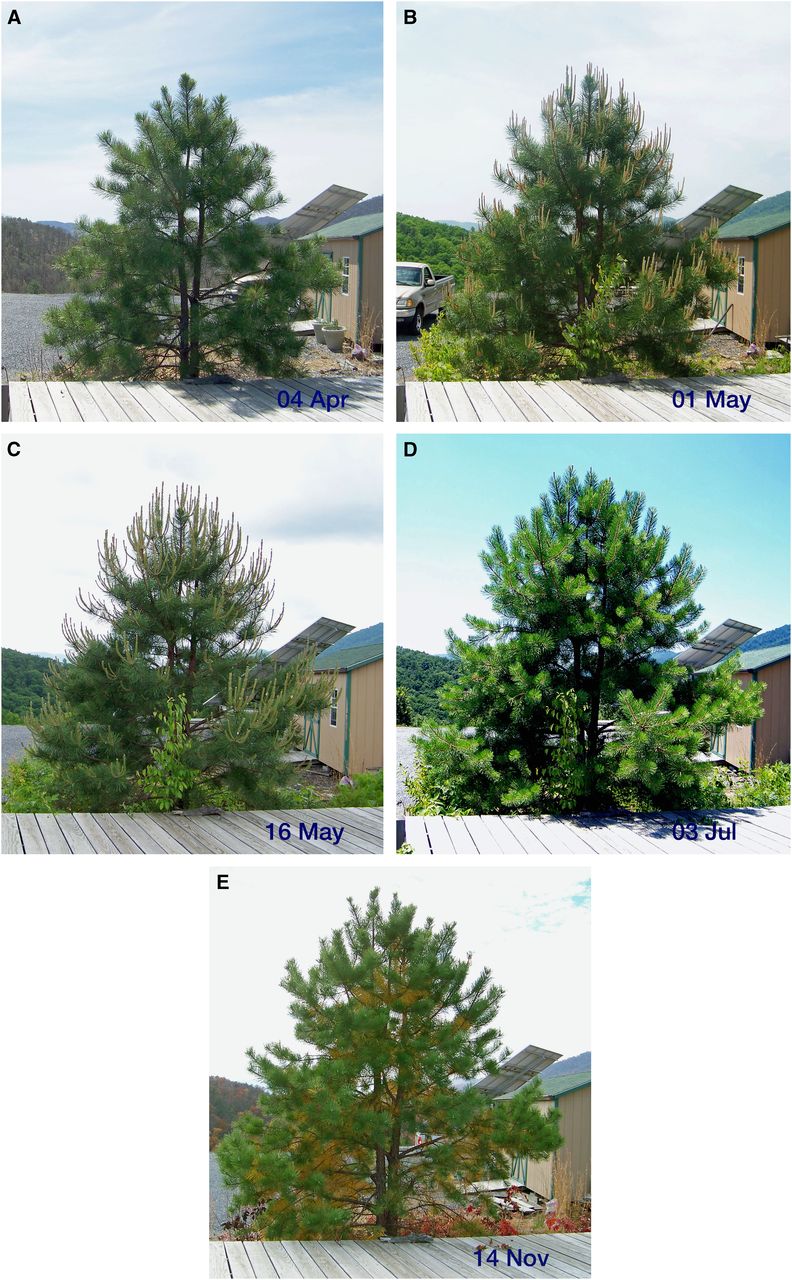 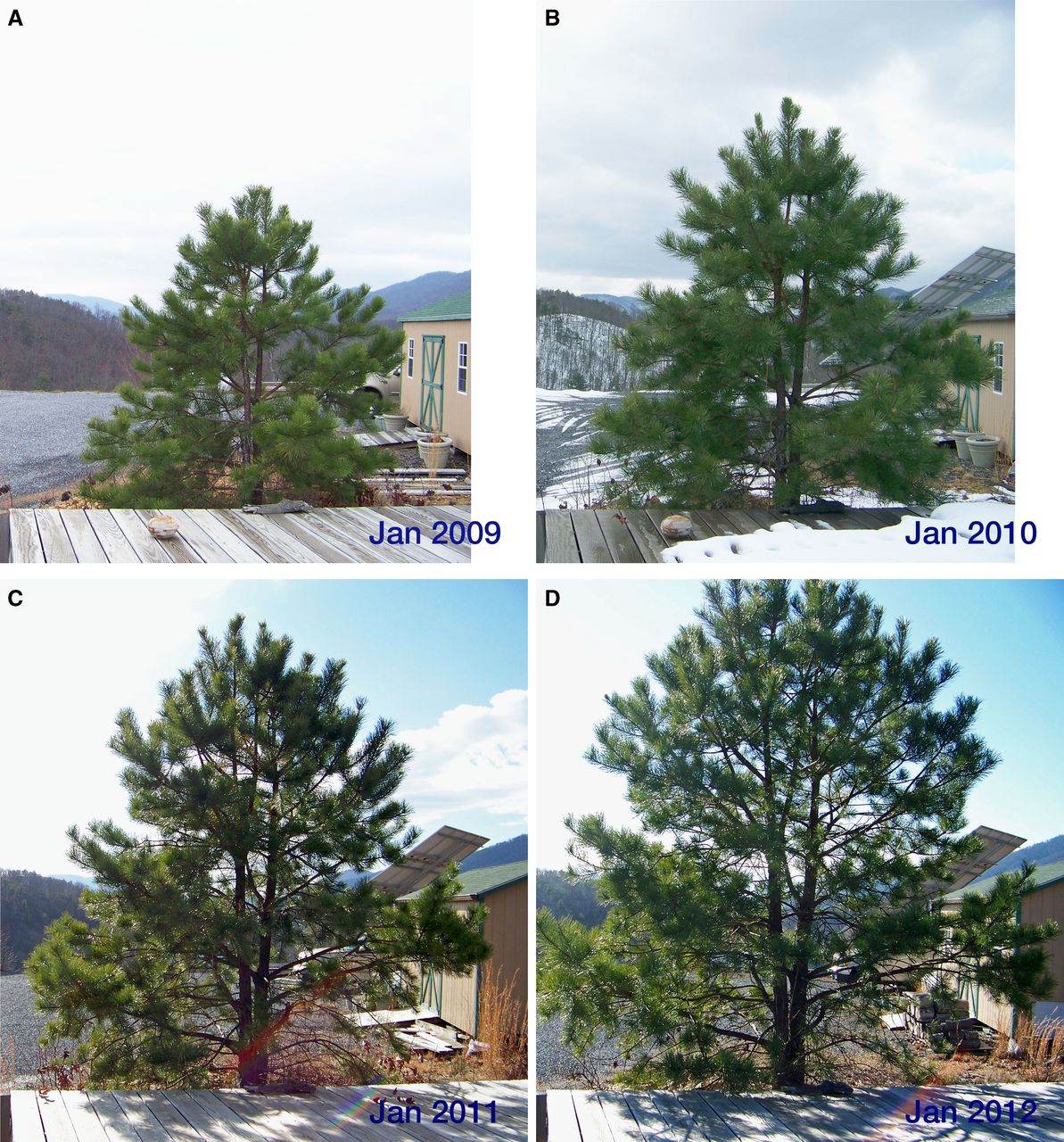 Not the answer you're looking for? Browse other questions tagged pruning evergreens pines or ask your own question.

8
Can I trim this shrub into a spiral shape?

2
What is your method of protecting evergreens in the winter time?
3
What's the best N-P-K ratio for Norfolk Island Pine?
2
What's killing my evergreens?
4
What's wrong with this dwarf white pine?
5
One quarter of the roots of a 50' tall white pine were cut off. Can I save it?
5
pine pitch, lots of it
4
Should I thin my pine trees branches due to winds?
4
What are good evergreens for a windbreak on heavy clay soil?