Need help with our front fence

We would like to build a brick fence with the leftover bricks from the house. The height of the piers will be 1.6m. What height should the wall in between the piers be? I would like to grow a hedge behind the fence, if that makes any difference. Would love to hear your advice.

This is the fence I mocked up. 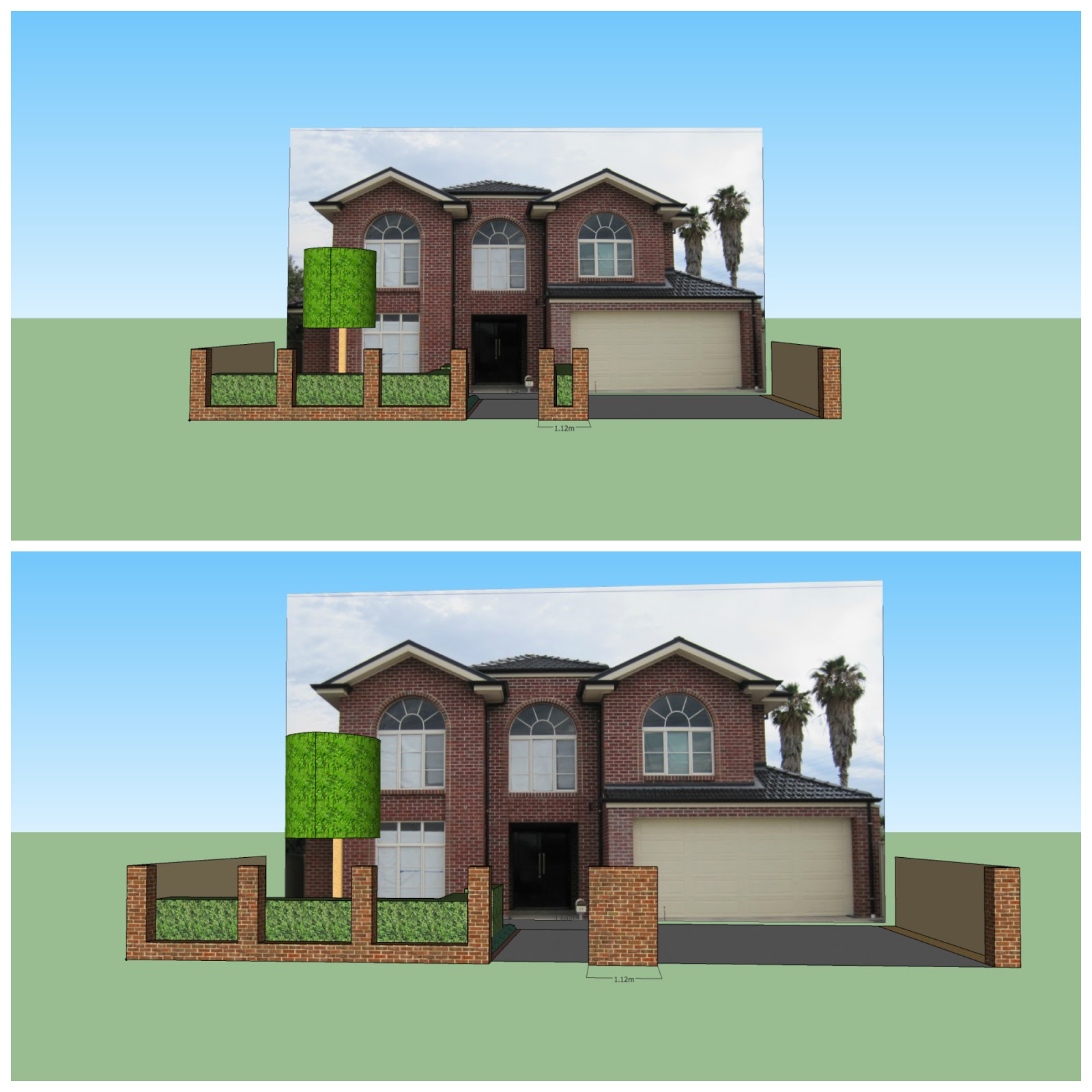 In case the question is concerning the height of the wall in the middle piece of fence, I would like to answer with a visual argument. I suppose this is a matter of symmetry and repetition. On the one hand, since the piece of fence that is between the path from the main entrance and the driveway is not as wide as the separations between the piers on the left side of the fence, it would be an irregularity to have the piers closer to each other there. On the other hand, making it a solid fence would perhaps break even more with the style, as the side of the garden that is facing us is for the rest built up just from piers.

Adding one more option, these would be my considerations.

In case your question concerns the height of the the wall between the piers over the whole front of the fence, I would say it depends on its thickness or depth. If the wall is as thick as the piers are, I would vote for a height that is the same as the width and thickness of the piers (say, horizontal piers in between). If the wall is thinner, it would depend on the final height of the hedge. With a higher hedge, a higher wall would be better, a hedge as low as is displayed wouldn't invite for anything higher than at max half the height of the piers.

This is all just based on my intuition of what seems more attractive to the eye (which seems the primary concern to me), I would love to hear other arguments.

Not the answer you're looking for? Browse other questions tagged landscaping or ask your own question.

5
How to protect against my neighbour's trees
5
Spreading existing bamboo patch deliberately
9
New House, Dirt Yard, Ideas in Mind, where to begin?
3
Is there a good way to seed perennial vegetables between landscape bricks?
4
Returning a garden paved for 30 years with packed clay below, back to lawn
6
Trees in narrow space behind retaining wall
5
Best Retaining wall solution adjacent to fence
4
improving a privacy tree barrier
7
Would a Crinkle Crankle (Serpentine) Wall be strong enough to sit on?