While I was recently helping my mother prepare her garden for the spring, I discovered that the leak on her porch was not actually coming from the overhang above the door, but rather from a branch of her grapevine.

I tried Googling this but could find nothing anything useful. The closest pages discuss leakage of general water and sap, and there is a page that shows the same problem with a white goo, but without a resolution.

Possible related information includes that there were little beetles on the grapevine last year (though we have not seen any—yet—this year, and there was no white goo last year). Also, the weather has been pretty cold here and only just warmed up today (May 1), and has cycled between high and low temperatures several times in the past few months.

There are three obvious moves:

Basically, the action to take depends on a diagnosis on whether or not the excessive leaking and white slime is bad.

The leaking got intense on Thursday and continued unabated throughout the weekend. By Tuesday it had stopped and the white slime had dried up.

Does anyone know what this is, whether it is/was a problem, and how to fix it/prevent it in the future? 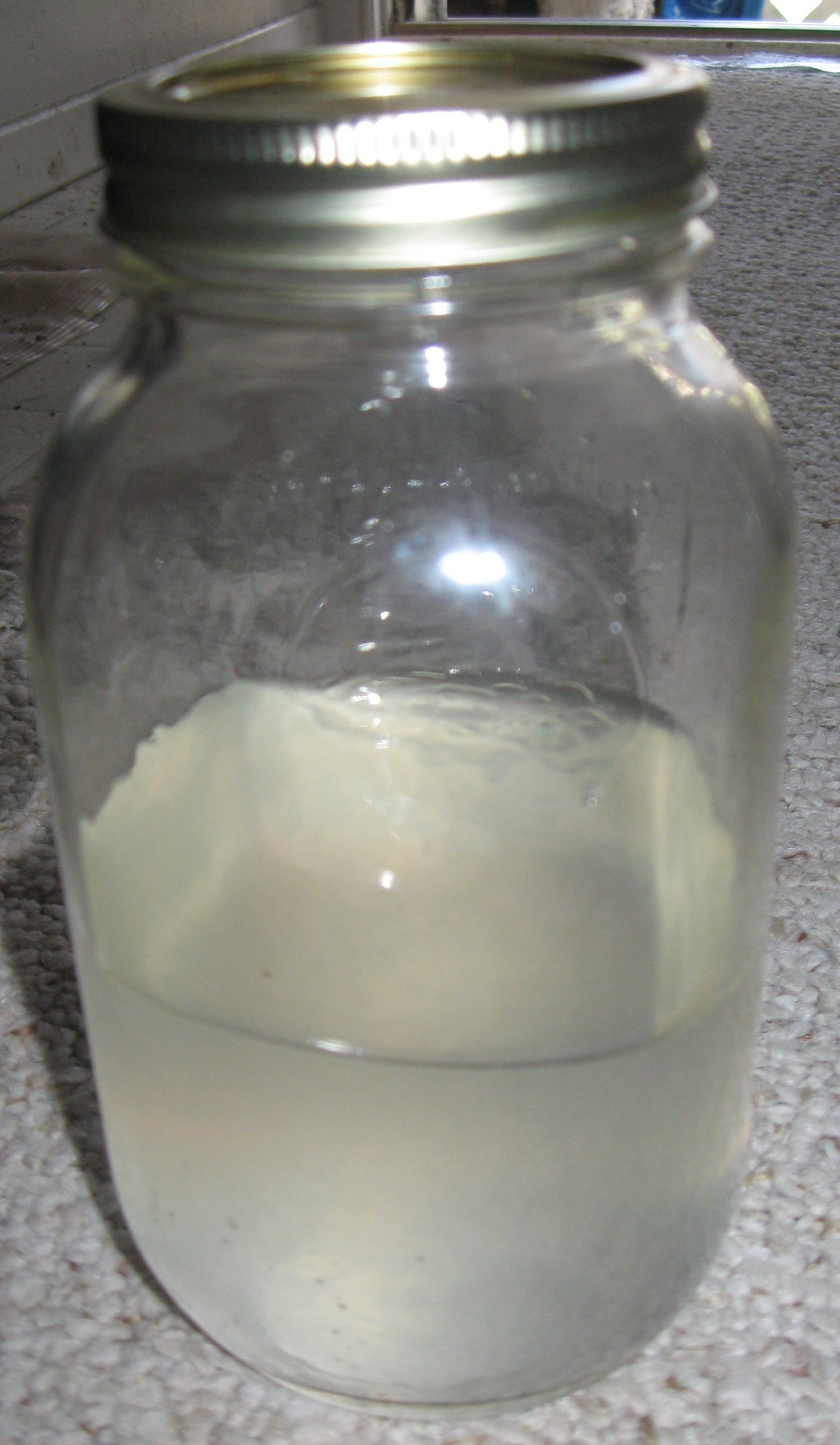 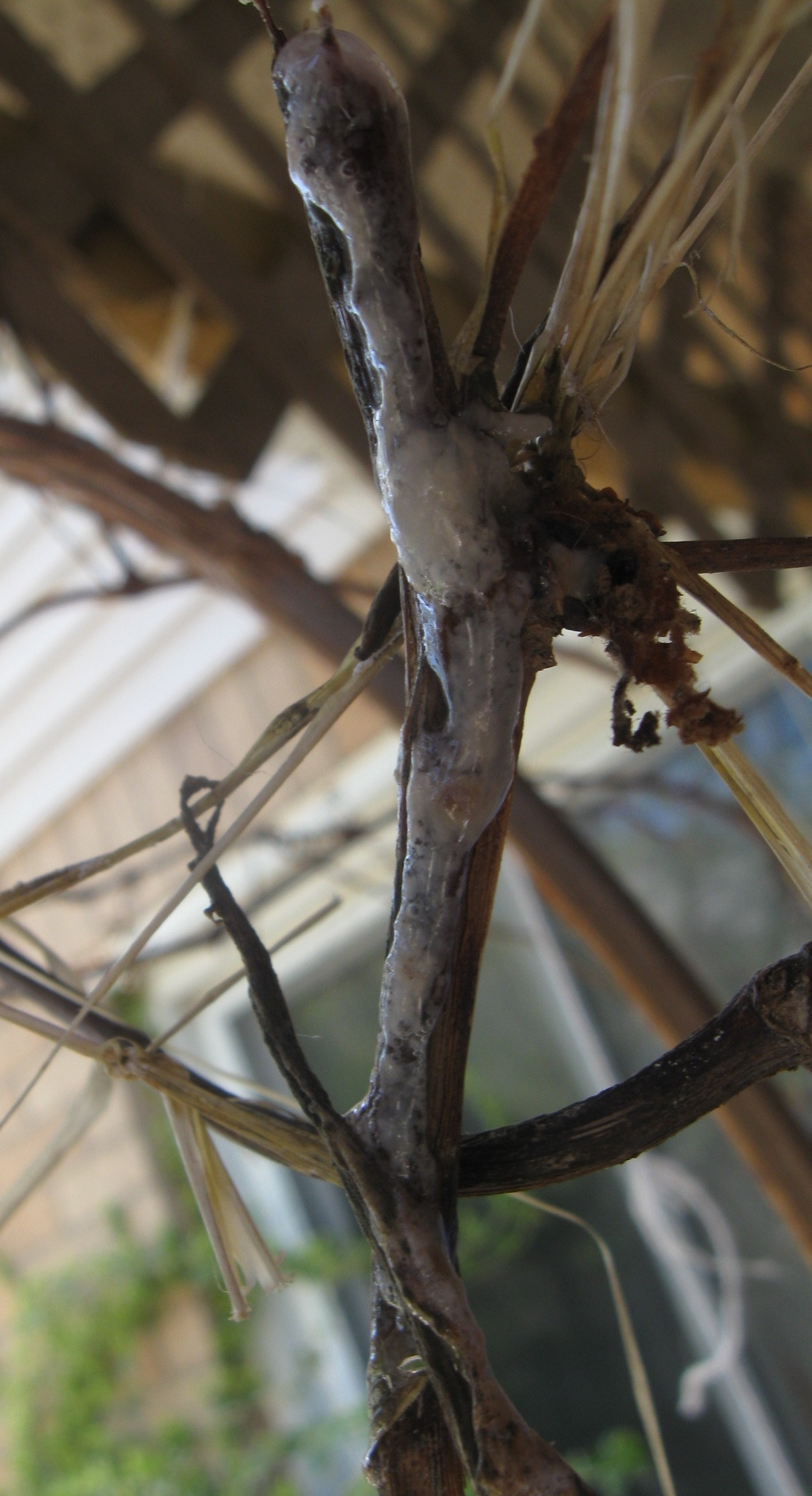 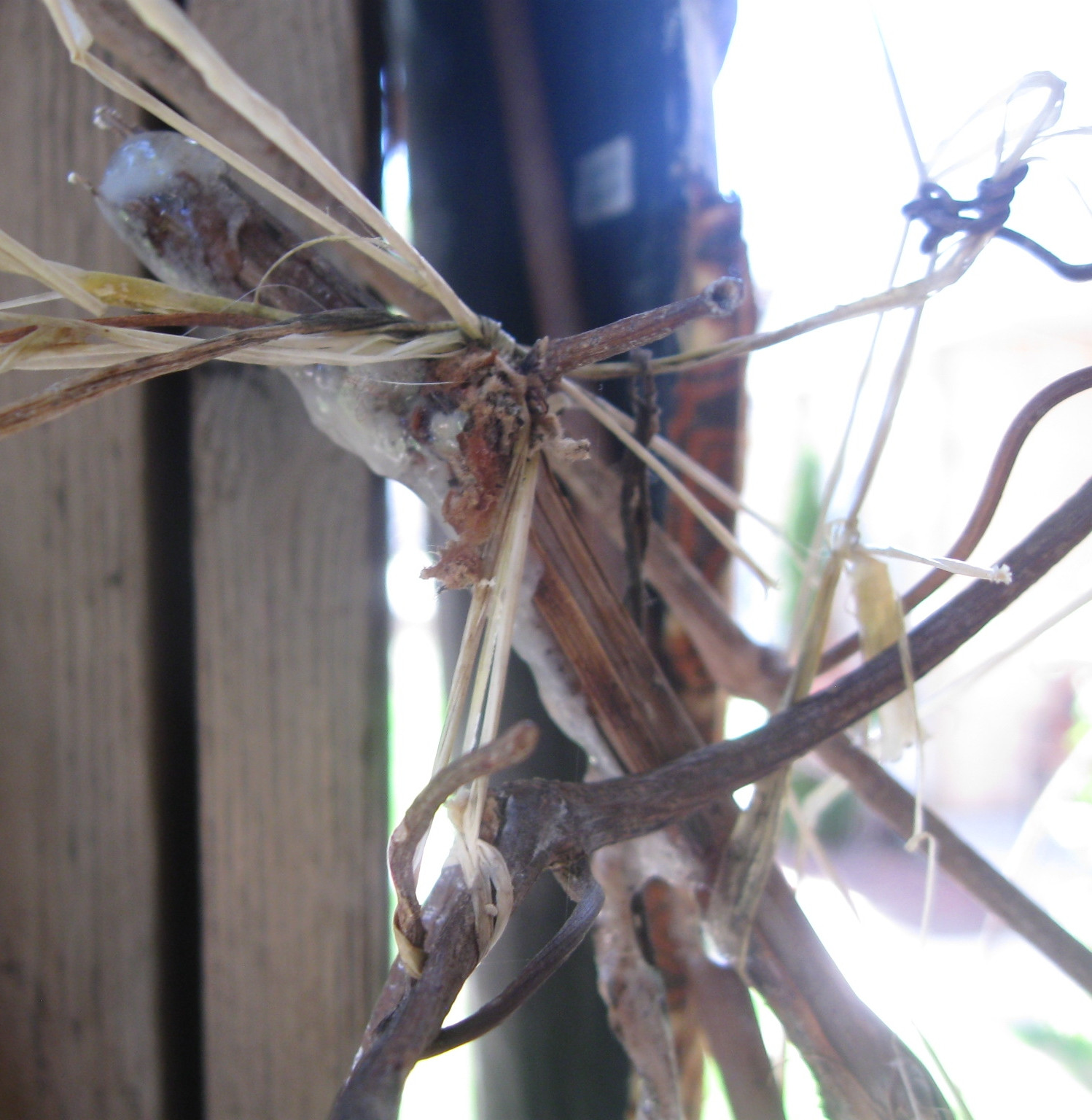 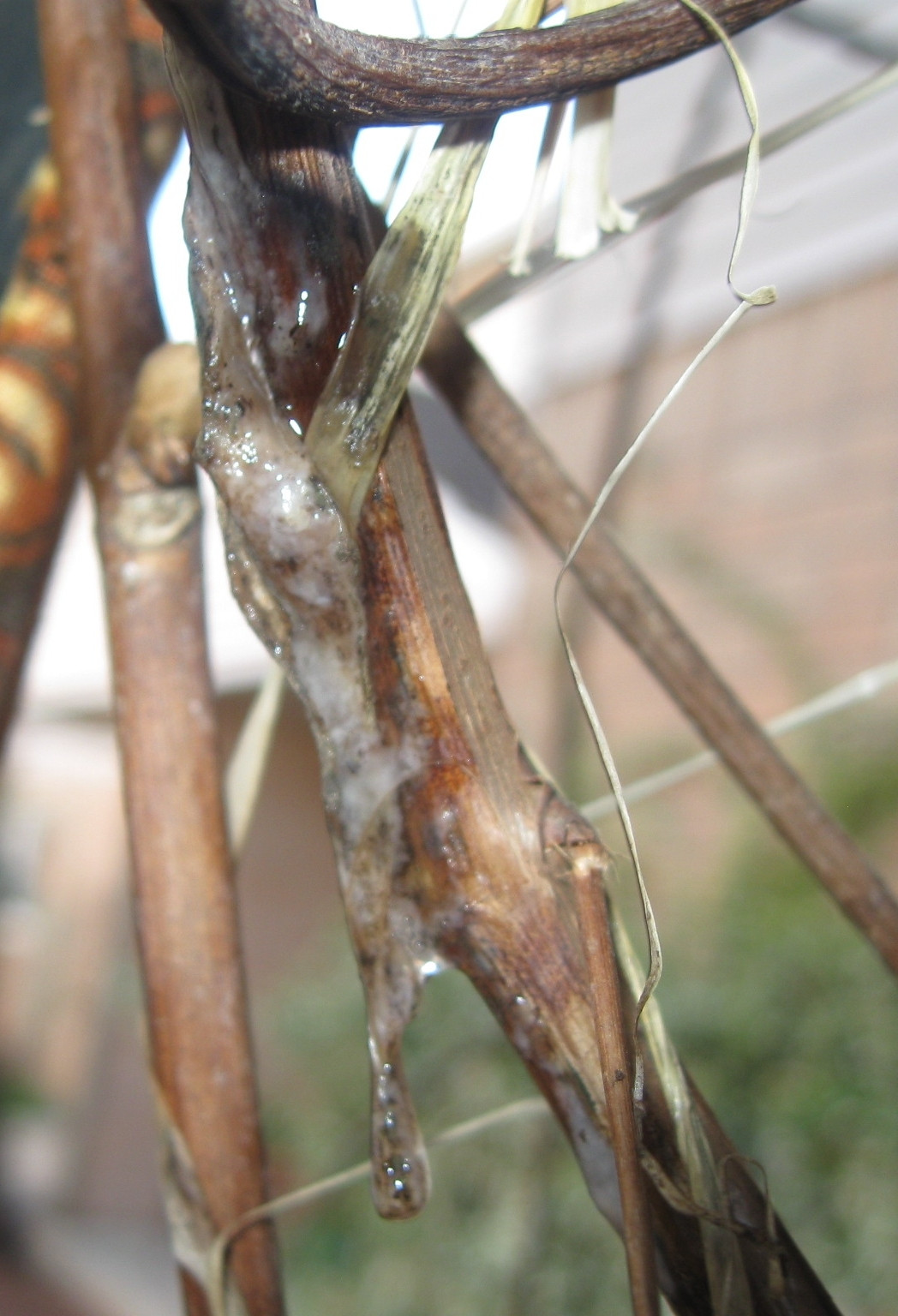 This is perfectly normal for grape and muscadine vines. During dormant season the roots continue to take up water. if you prune or damage a cane before foliage buds out, the water has to go somewhere, so it just drips out. Sometimes it may have a foamy or slimy look. There is nothing wrong with it and you shouldn't do anything to try to stop it.

Have you tried spraying soap on them? Shouldn't harm the vine. Thats what i'm going to try.

If it isn't smelling nasty, burn the cut end where the fluid is leaking from. This may be enough to stop the bleeding, and if no infection has set in, the plant should recover. Got this information from a forum on pruning grapevines, no idea if it works, not tried it.

Not the answer you're looking for? Browse other questions tagged diseases grape-vine or ask your own question.

8
How can I deal with the beetles eating my grapevine?

8
How can I deal with the beetles eating my grapevine?
15
Sudden Outbreak of Yellow Leaves on Tomato (and Other) Plants
2
Caladium plant leaves turn yellow
5
What vine grows purple grapes which taste like lollipops?
6
What is the white residue spreading across my dracaena and how do I treat it?
4
Why do I have brown “jelly” and rotten smell inside my healthy looking tomatoes?
5
What are the little white eggs on rose leaf?
1
Losing money fast! How do I stop the leaves dying?
1
Where to place grapevines in the hot Australian sun?