What kind of palm tree is this and how do I care for it?

I bought a new house and have this palm tree in the front yard. No one lived in the house for over two years so it's been neglected but still looks healthy. What's the best way to clean it up and have looking really great? Also is there anything special I should do to fertilize it? 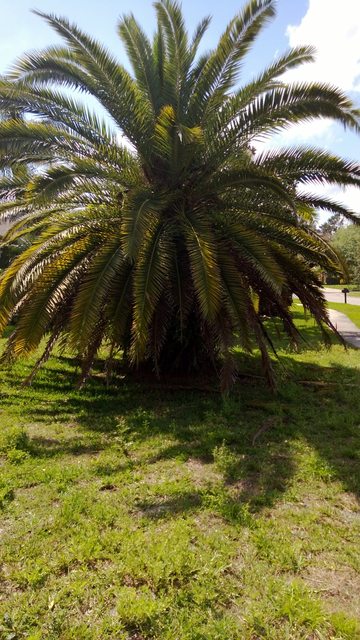 That palm seems to be a Phoenix canariensis or Canary Island date palm.

It will grow relatively fast, once you start cutting the lower leaves.

Although the palm trees in the ground generally are "trees" that do not require treatment, still require a minimum of maintenance. Cleaning, watering and fertilizing practices are essential for the harmonious development of mature palms.

For small and medium-sized palms, maintenance is limited to an annual cleaning, cutting of old leaves, in inflorescences and seed heads when the seeds are ripe, if you want to receive them. For large palm trees, it is appropriate to use qualified personnel for cleaning the stalk. 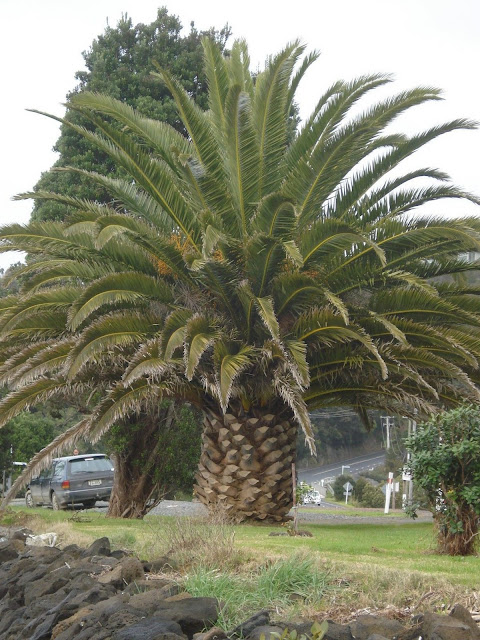 Some action is needed to remove the leaves so that they do not fall on the roadway causing damage to property or persons. The juxtaposition of old leaves may, during the harsh winters, protect the jamb and the fact you do not cut too soon the leaves turn yellow avoids leaving wounds exposed to the cold. In any case, whether small or large, persistent or semi-evergreen, it is important to remove only the leaves, making the prunes in the spring (March / April).

Most of the palm trees of the Mediterranean climate are fairly drought tolerant, but their vegetation and their development will be greatly advantaged of 'increased irrigation during the summer. The small palm trees are very sensitive to lack of water and require regular watering. The evening is the best time to water: moisture will spread better in the ground during the night. It is appropriate during the summer restore the hole around the collar at least once or twice in order to maintain unchanged the capacity to accommodate the necessary water. It is advisable to fill the pit two or three times at each watering performing the irrigation every 8-10 days.

Generally the palm trees respond well to the contribution of fertilizers. The manure or other organic fertilizers well decomposed can be buried in a radius identical to that of the surface of the crown, to an extent of 5-10 kg per adult plant. The chemical fertilizers are well tolerated by palm trees, whether they be buried or leaf, it is essential to find a balanced relationship between nitrogen, phosphorus and potassium, and trace elements, as monocots are highly sensitive to the shortcomings. The arrival on the market of slow release fertilizer that in addition to nitrogen, phosphorus and potassium, including trace elements, are used to manage well the fertilization. With two fertilizing on a quarterly basis during the period of active growth of 0.5-1 kg of fertilizer per adult plant, are provided in an effective and durable nutritional needs of the palms.

Some commercial formulas are recommended for palm: 3 parts of nitrogen, the part of phosphorus, 2 parts of potassium, magnesium and l part of a set of trace elements (iron, zinc, boron etc..) Essential for the metabolism of the plant.

The species is native to southern Asia and Melanesia. They reported serious damage in the date groves in the Arabian Peninsula. In 1994, the bug appeared for the first time in Europe and specifically in Spain, from 2005, is also reported in Italy (Sicily, Campania, Puglia, Lazio and Tuscany).

The insect lives inside of the palm, where it completes its full life cycle. The female lays about 300 eggs distributed at the base of young leaves or the leaves on wounds or cavities in the trunk of the palm. The eggs turn into 2 or 5 days in small larvae that pierce the palm trees, feeding on the tissues of the same, eliminating all the fibrous material.

The larvae move to the inside of the palm digging tunnels and large cavities, can be found in any part of the palm, also the collar. The larval period varies from 1 to 3 months. The larvae pupate in a pupa cylindrical formed by fibrous layers, generally this stage is carried out from the trunk to the base of the plant. After 14-21 days the adults emerge. The entire cycle lasts 4 months.

On the same palm tree may overlap several generations of the insect. Generally the weevil does not move in a new palm until it has completely destroyed the one on which he lives. The damage is caused by the larvae and are visible only when the weevil has colonized the entire plant, which collapses. 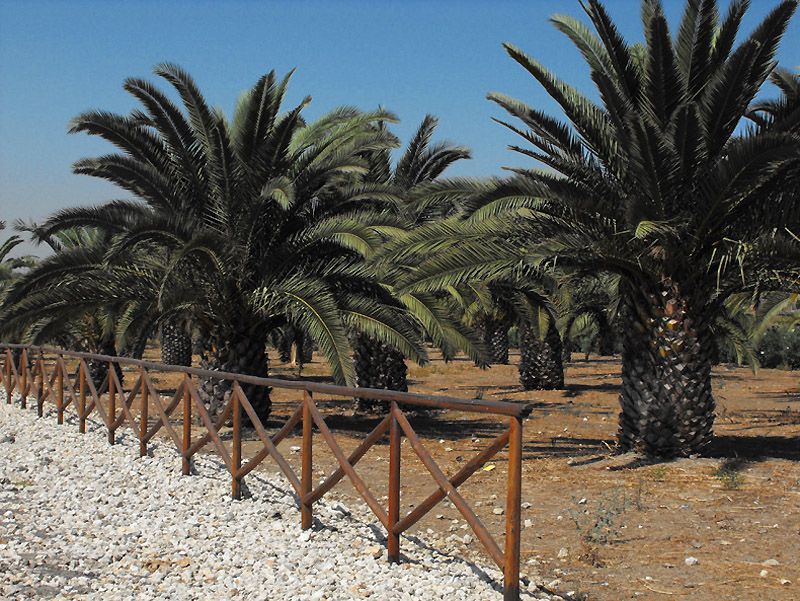 Not the answer you're looking for? Browse other questions tagged identification tree-care palm or ask your own question.

8
How to care for a large redwood?
4
What kind of tree is this and what's wrong with it?
2
How should I take care of my new Areca Palm?
5
What kind of shrub with long green spiky leaves is this?
5
What to do with this palm tree?
5
Is this tree sick and is there something I can do about it?
7
How to care for a tree with a rotting crotch at ground level?
3
Is my Willow Tree dying or just needing TLC