What are these dark spots on my tomato leaves?

These dark spots have appeared on my tomatoes. I assume it's some sort of desease, but can't quite figure out which one.

Here are a few pictures: 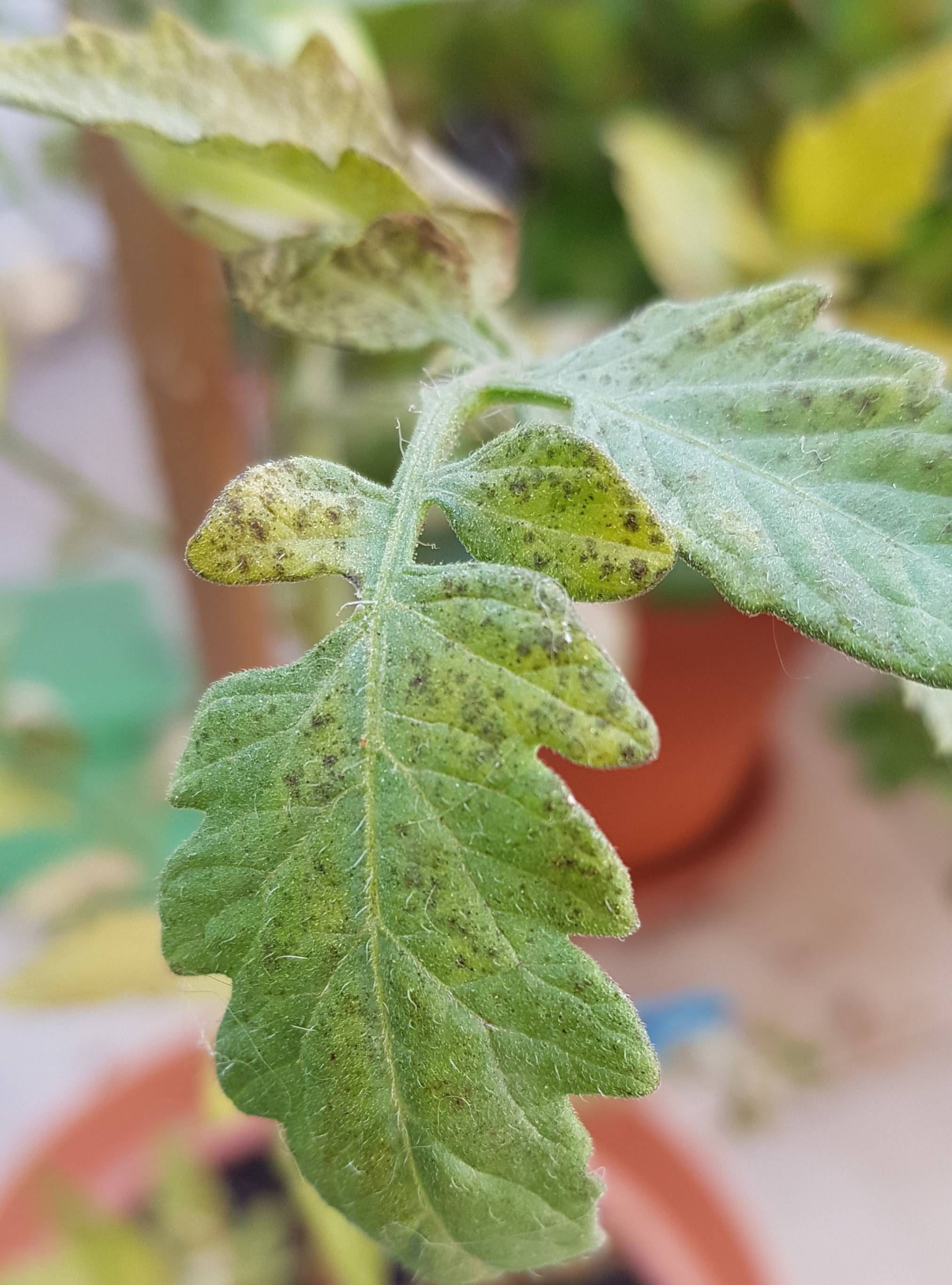 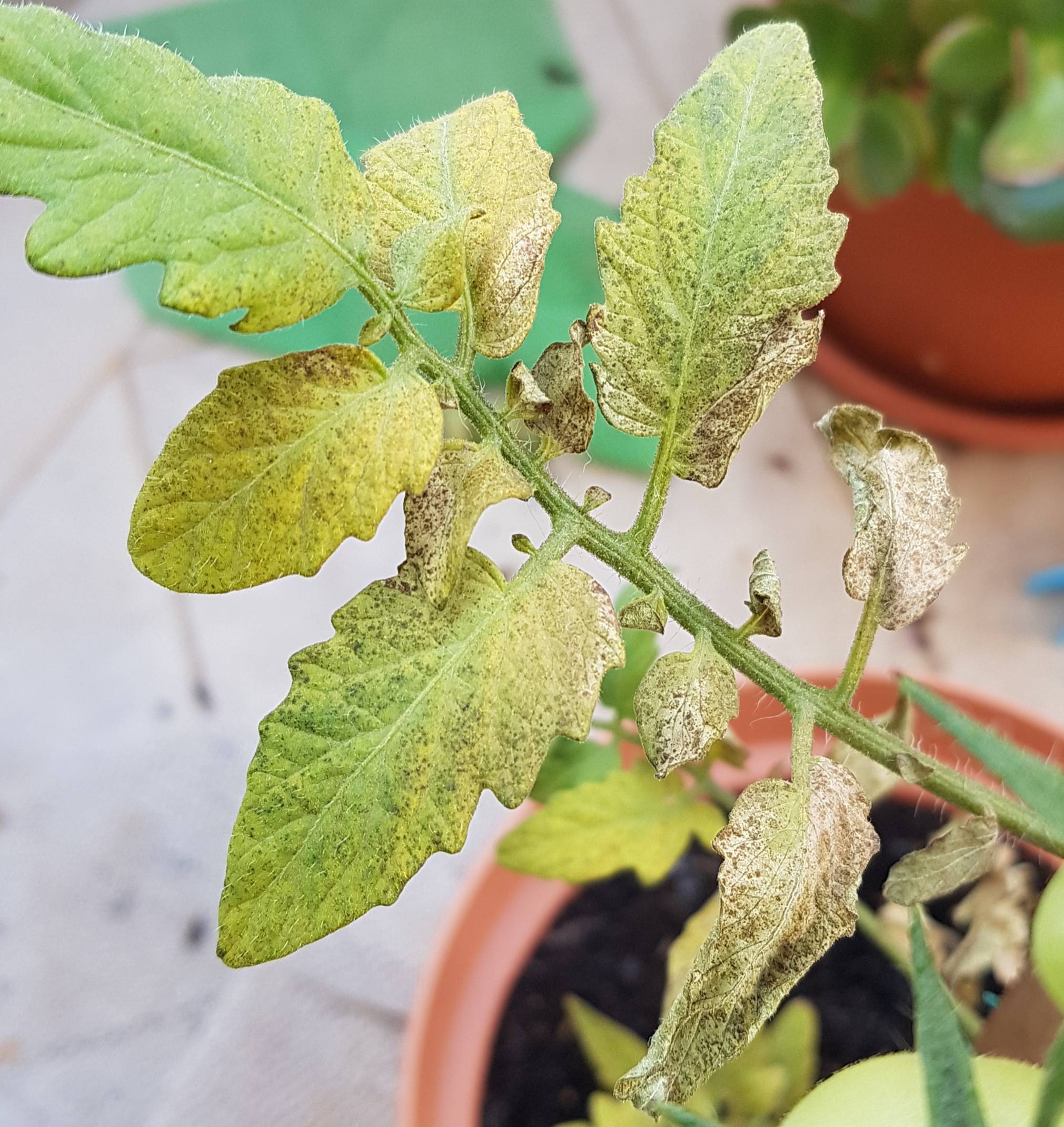 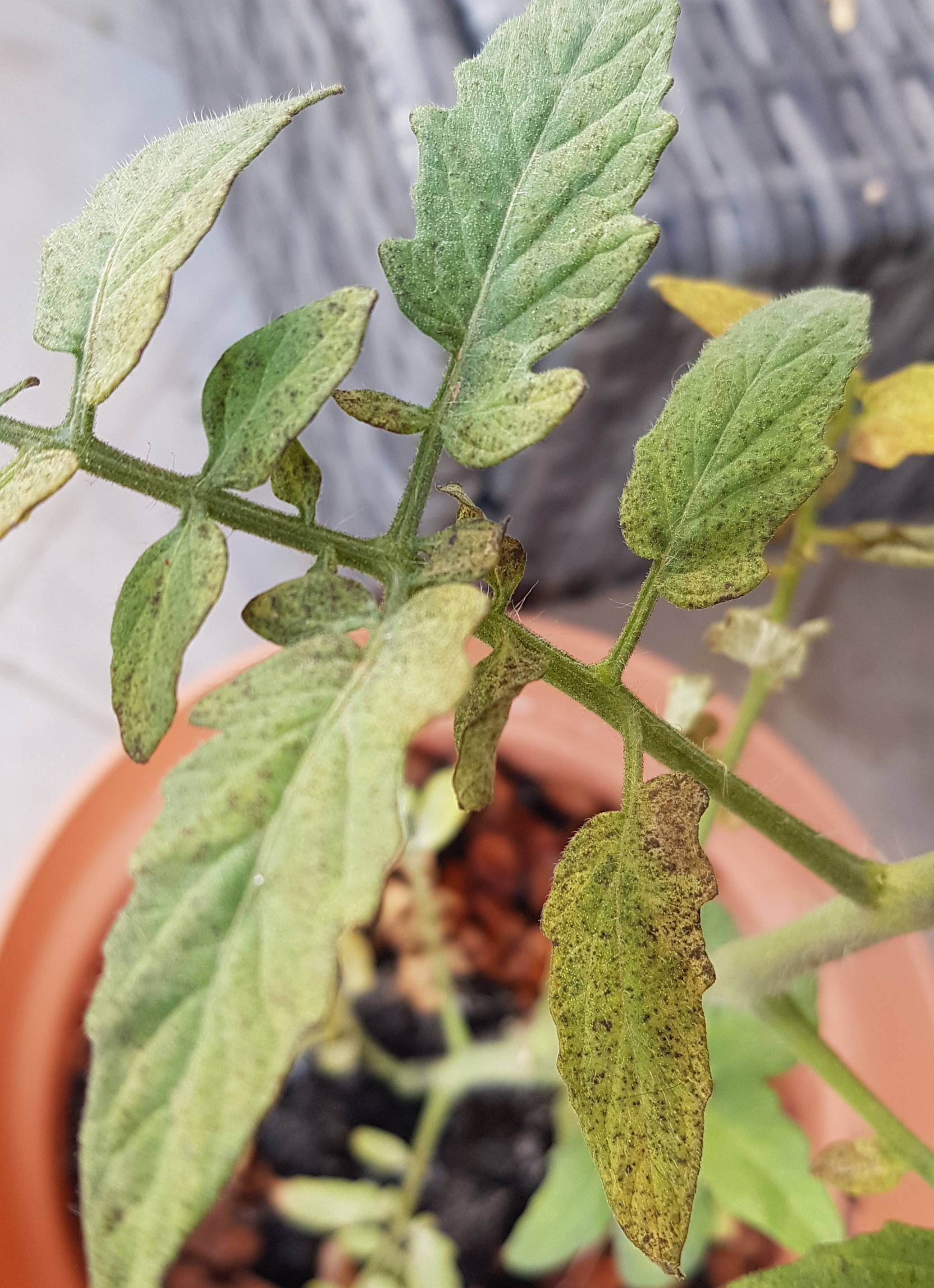 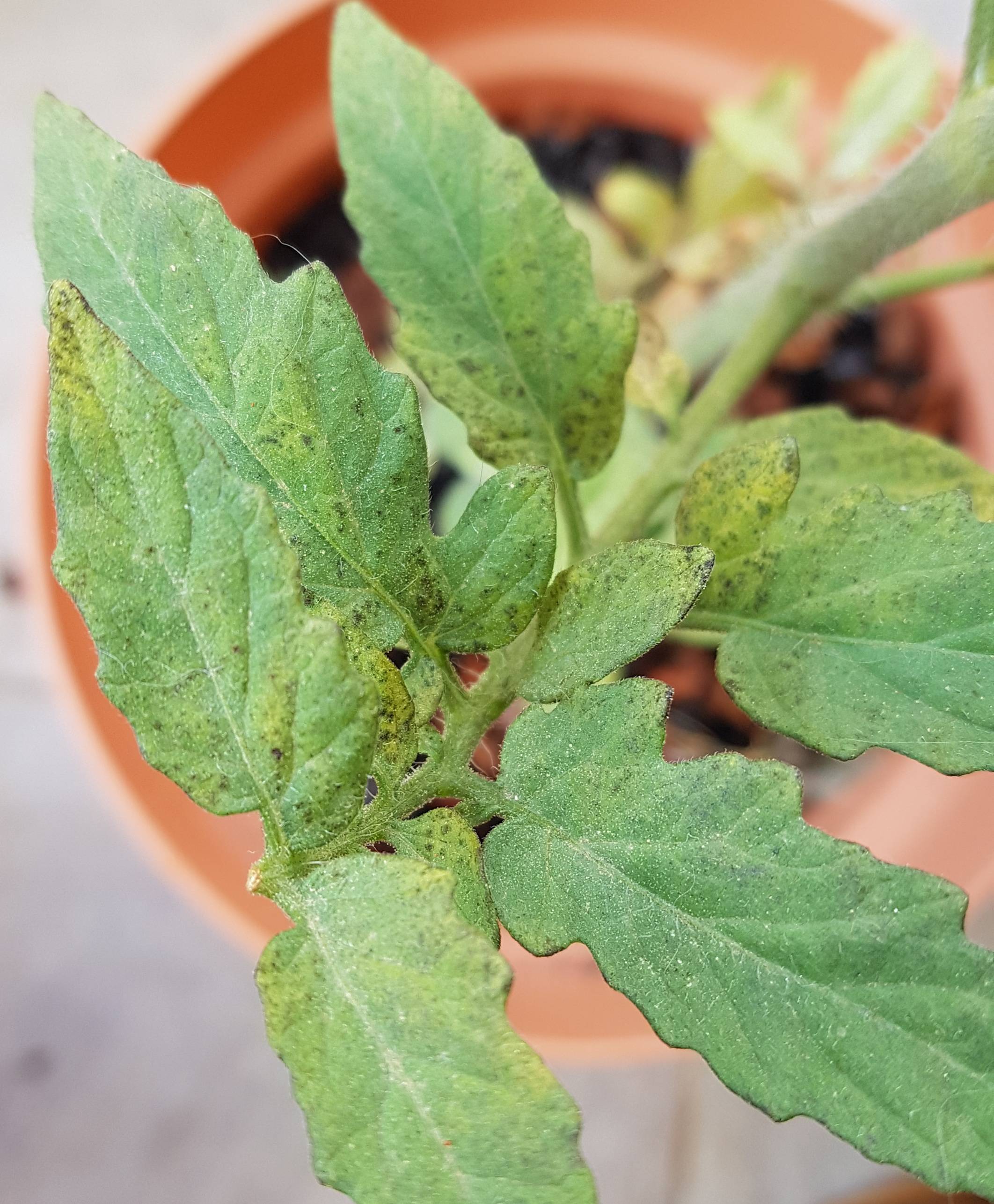 And a few notes:

And another note: when the spots first appeared they all looked slightly purplish, but now they are all in the brown (or black) tones (even the newest ones)

I'd class it as some sort of blight (fungal attack) (without knowing which one, particularly) and cut out the affected leaves ASAP.

4
Dark spots scattered on my fig
3
brown yellowish spots on tomato - Septoria Leaf Spot?
1
Dark spots on plant with heart-shaped leaves
2
What are these bugs and spots on my Chilli Plant
1
Black spots on Tomato leaf