What type of holly is this?

These small holly bushes (1-2 feet tall and wide) came with the house, and I'm trying to figure out what species they are. They've got spiny leaves, which look like either a variety of American or English holly - but it's important to me to know which, because I'm trying to plant native (and I want to know how big they're going to get). 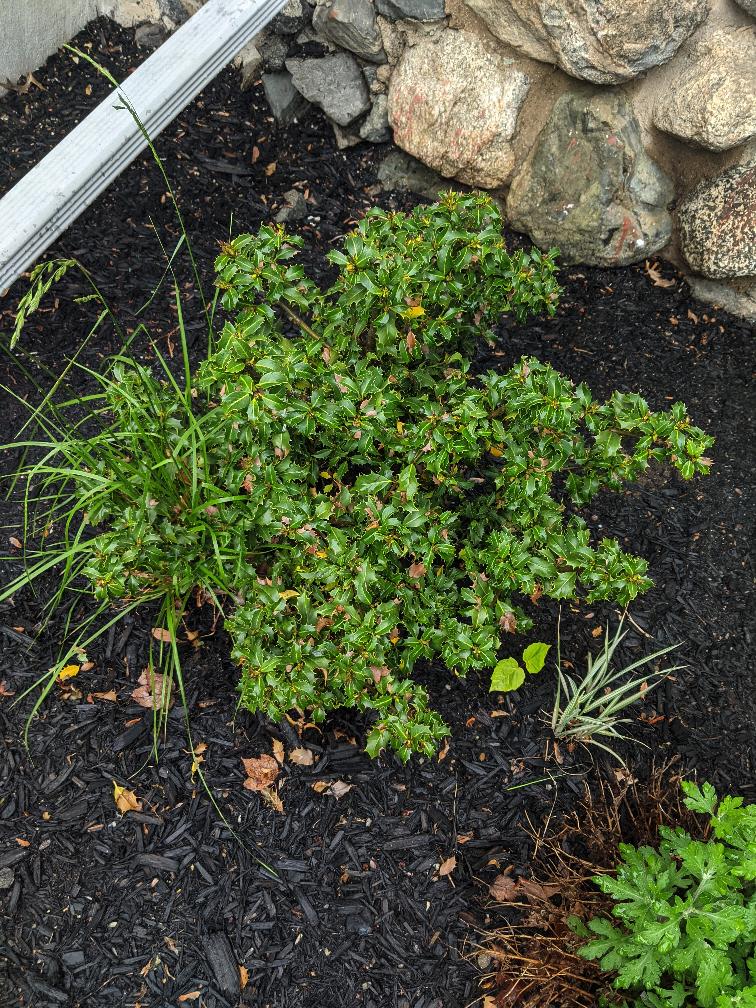 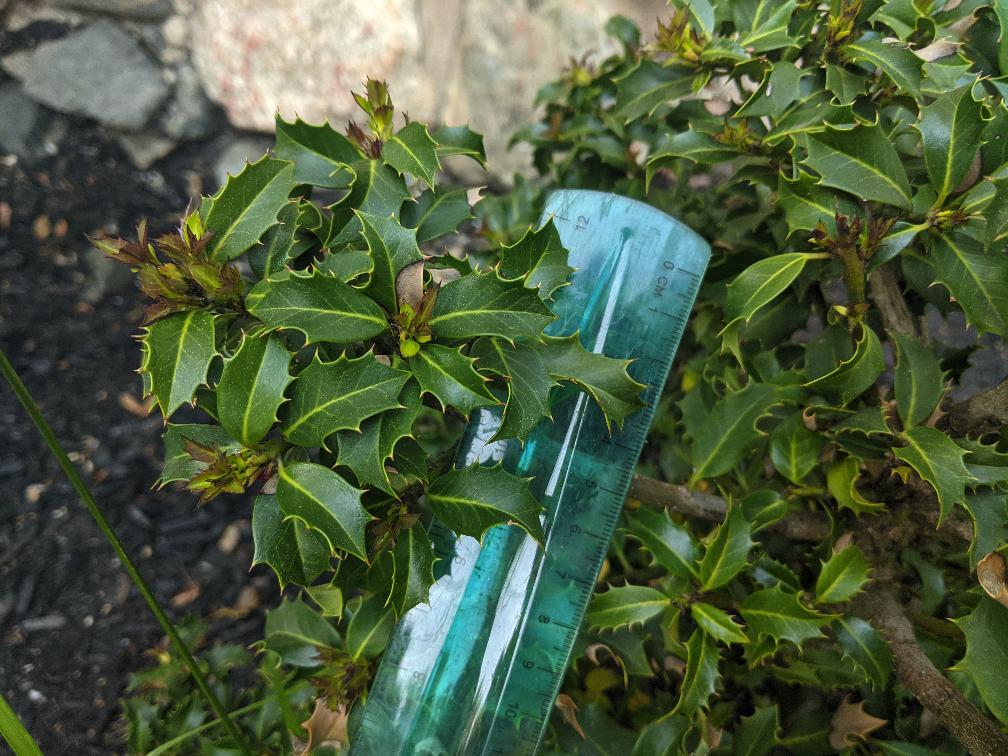 identification
Share
Improve this question
edited May 30 at 21:20
Empiromancer
asked May 30 at 17:11

Ended up IDing as American Holly (probably a cultivar, as the species is rarely planted in gardens).

There's one significant dwarf cultivar of American holly, the Maryland Dwarf. But the leaves of this cultivar look nothing like the leaves pictured in the question: 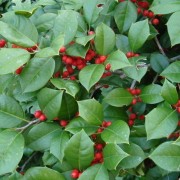 Since American holly is very slow growing (as little as 6 inches a year) it's perfectly possible for this to be one of the larger cultivars even if it was planted multiple years ago.

6
Identification and Removal of Rogue Plant
5
What is this small annual with narrow gray/green leaves and rust colored daisy-type flowers?
3
What is this prickly, burr-covered plant with different colored flowers on the same plant?
3
What is this bright yellow daylily with six narrow petals that curl at the ends?
3
What kind of houseplant is this? Long, narrow, variegated leaves
12
Which species and group of clematis is this?
4
Help with Hydrangea hybrid identification
1
Flowering plant identification and why might flowers not open?