What should I do with these branches at the bottom of my tree?

I recently purchased a Hakuro Nishiki Willow (tree) from a nearby nursery. When it was delivered I realized it had a set of new branches coming out of the base of the tree, that look way different from the leaves and branches at the top.

I've seen some grafts before, and was wondering if these are branches coming out of the graft rootstock? Should I prune these to help the grafted plant (scion?) grow healthier?

Are these trees even grafted, or am I witnessing some other phenomena? 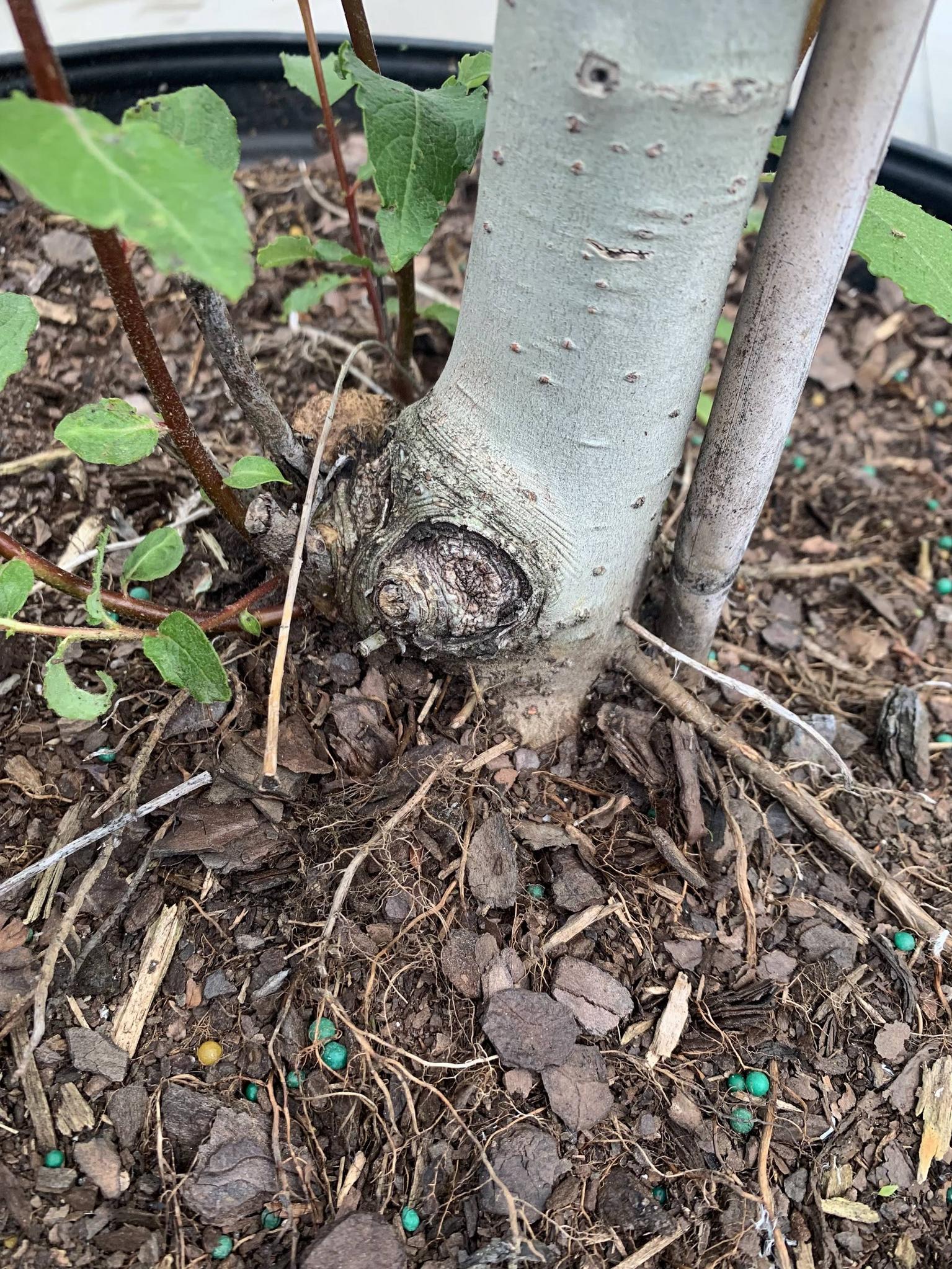 trees grafting willow
Share
Improve this question
asked May 28 at 0:36

If does not appear to be obviously grafted, but the old scars of previously removed suckers indicate that it will quite happily make itself into a multi-stemmed bush rather than a tree if you don't prune off the suckers.

I'm a bit concerned that the soil level does not appear to be equal to the soil level it was in before, based on roots sitting above the soil and the color change on the bark. Trees do NOT like having that level changed, in general.

Not the answer you're looking for? Browse other questions tagged trees grafting willow or ask your own question.

8
Is it possible to graft fruit/flowering trees onto a well established jacaranda tree?
9
Grafting compatibility
1
Should I leave early rootstock budding in place?
10
Can I save an Aloe barberae tree with a split in the trunk?
4
Japanese Maple shrub dying
2
Grafting black walnut onto English walnut
6
Is there a limit how many branches I can graft onto a mature apple tree?
7
Is this a sucker? Can they grow above the graft line?
3
Apple Trees: Grafting multiple scions to new rootstock