What's wrong with my citrus? 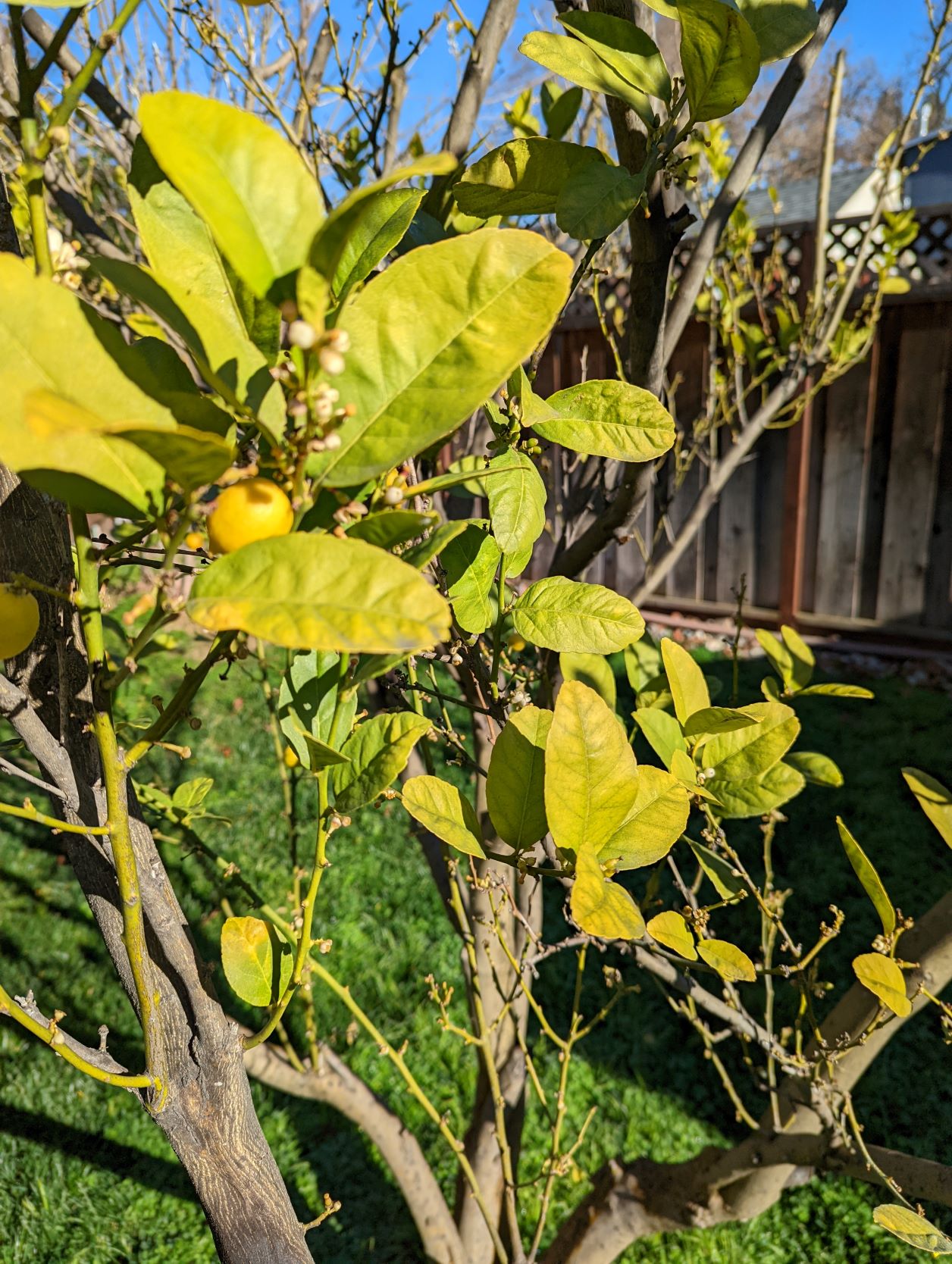 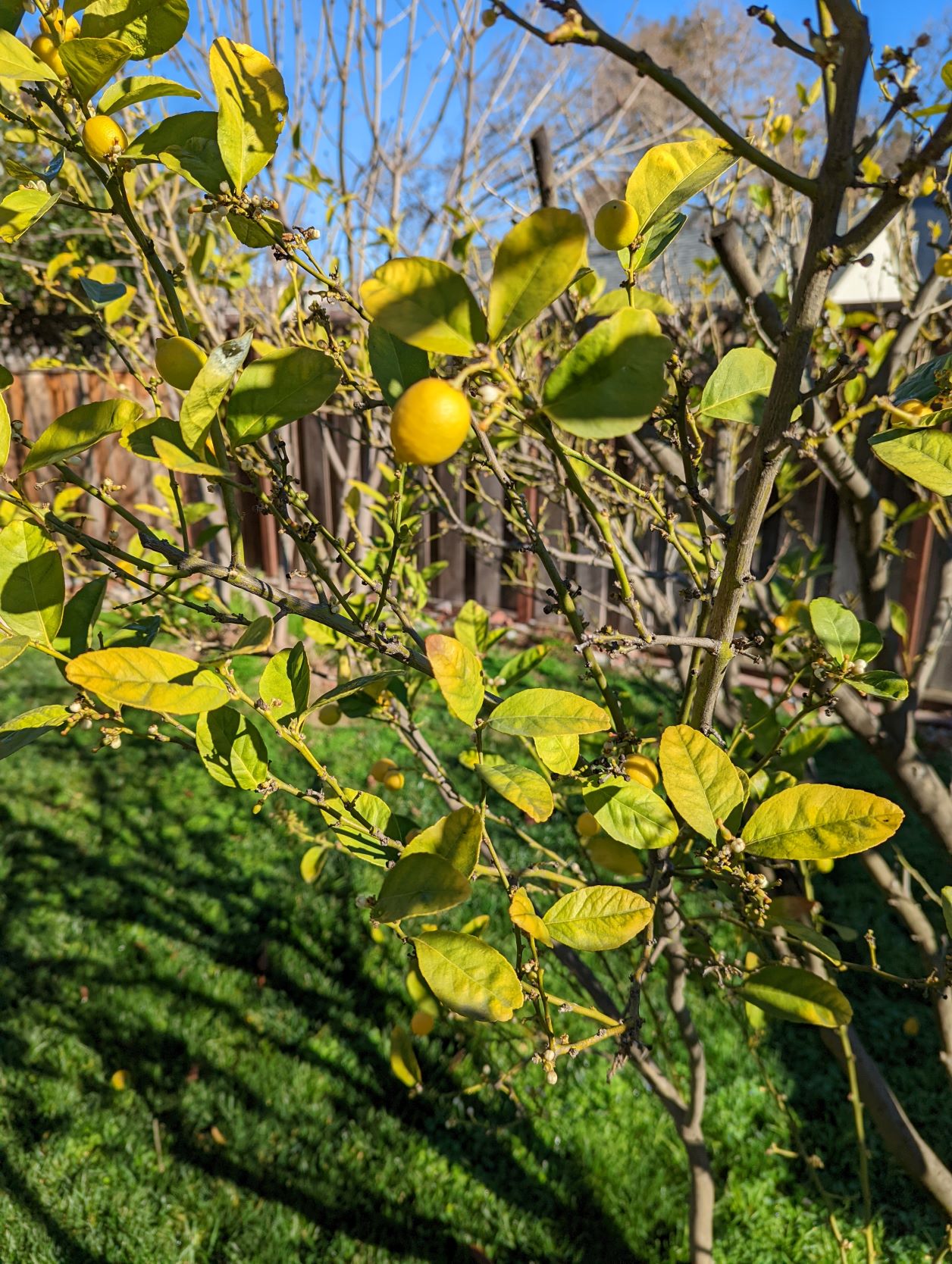 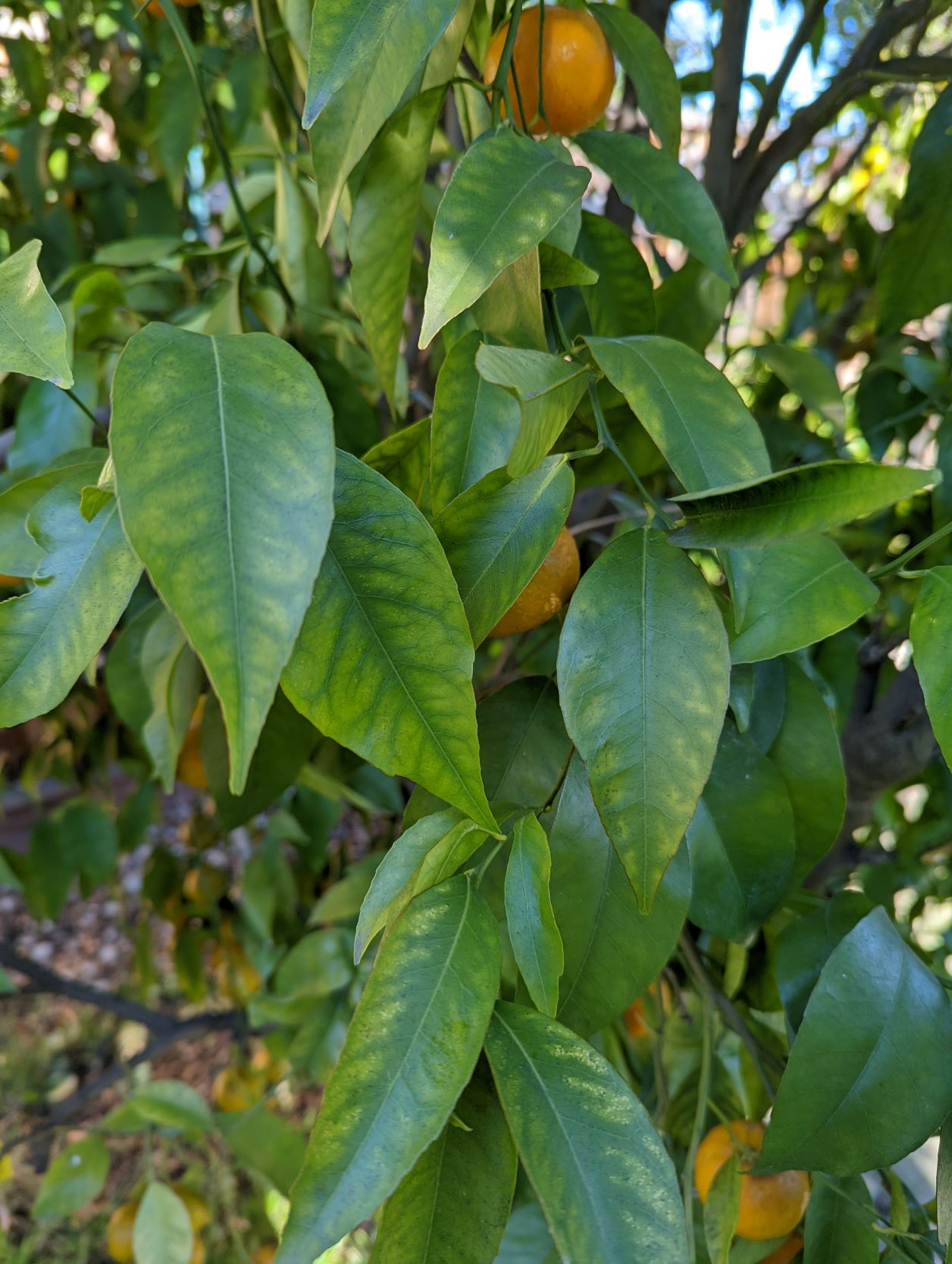 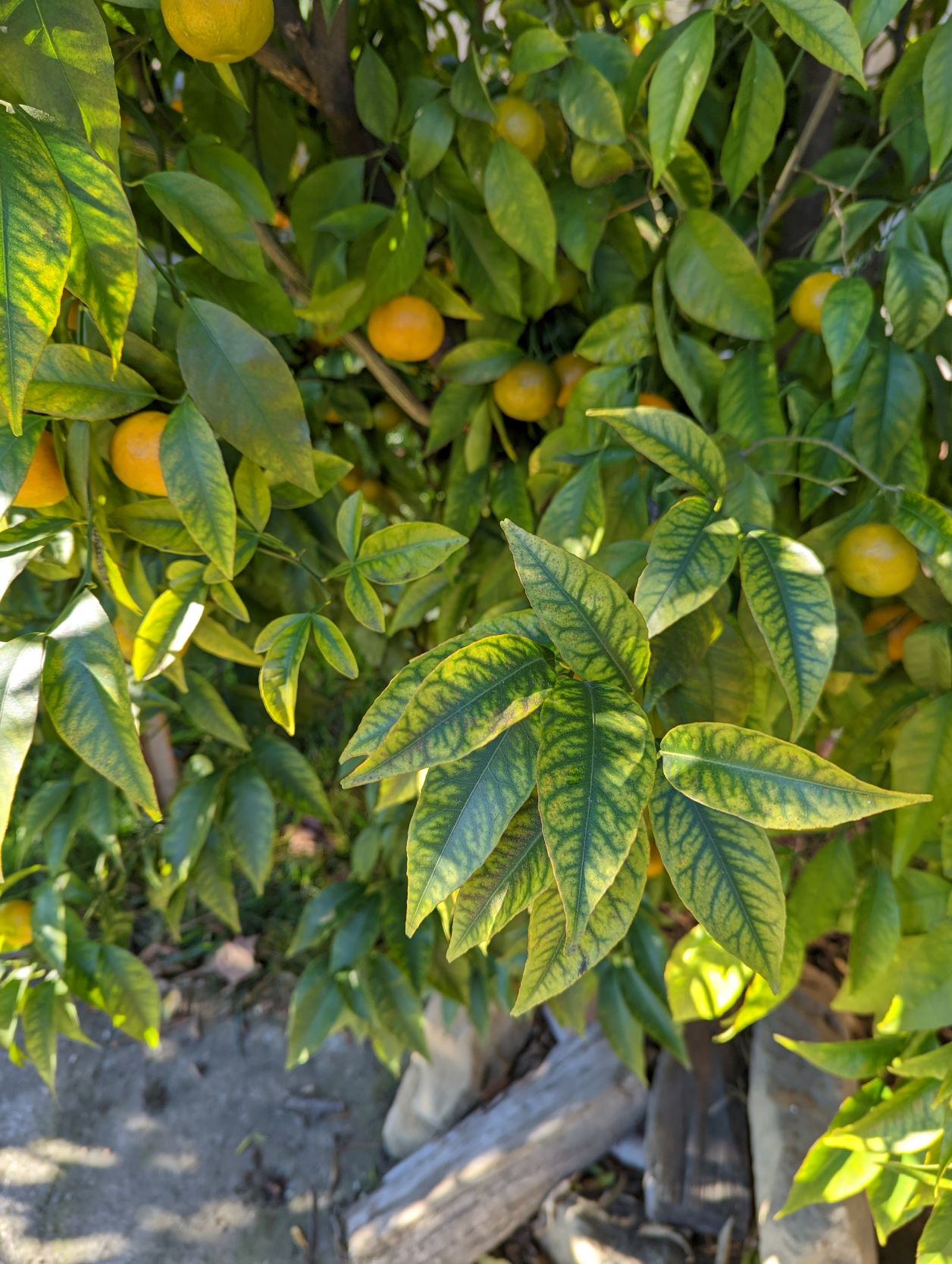 First two are a lime, second two are a tangerine.

Both of these have done well in previous years. The lime is especially bad it does not seem able to add new leaves, and the existing leaves have yellowed. It's been like this for ~6 months. Seems like it's trying to blossom.

This is Bay Area, CA.

Edit 2: Some reading online indicates this may be Citrus Greening Disease.

HLB is distinguished by the common symptoms of yellowing of the veins and adjacent tissues; followed by splotchy mottling of the entire leaf, premature defoliation, dieback of twigs, decay of feeder rootlets and lateral roots, and decline in vigor, ultimately followed by the death of the entire plant.

Common symptoms can often be mistaken for nutrient deficiencies;

UPDATE: I tried spraying with an iron / nutrient solution and I don't see any obvious change after 2 weeks. I tested the soil pH and it came out 6.5-7.0, which from what I read is maybe a little high (?). There is some new growth on the lime tree but too early to see whether it's going to be retarded like the rest of the tree.

Some evidence that this is not Citrus Greening Disease is that the fruit of the tangerine is reasonably tasty / not bitter.

A friend of mine had a similar problem with her citrus trees in Portugal and it turned out it was a lack of iron in the soil. She had a gardening company come over and that was their diagnosis.

A quick read online points to yellow leaves being indeed due to lack of iron.

She left a bucket full of nails and random pieces of iron from neighboring construction works in water for a few days, and the truth is that after applying this water to the soil now the orange trees are recovering.

I suggest you experiment on one or two trees and see if it works at all.

Not the answer you're looking for? Browse other questions tagged diseases citrus discoloration lime or ask your own question.