So I’ve had this avocado for about a year or more now, and it’s been through a lot. From being outside and developing I’m guessing sun burns on the leaves, to my cat peeing in the pot recently and me having to change the soil it was in outside 3-4 times, to it being bitten once by my dog on one trunk, which healed by now, but now another one got bitten by my cat.

Anyways, it’s a pot of 4 different avocado pits in one pot, and one is a double trunker. But the point now is, now it’s been developing brown spots lately and I’m getting worried. I tried googling answers but no pictures I saw looked like my brown spots, and there’s so many different answers or ideas of what could be causing them.

So I thought I’d post to see if anyone knows what I could do or what could be causing this. This plant means a lot to me, it’s my oldest avocado plant, and I grow tons of them in my bedroom from the pits, almost all successful and growing so far.

It’s winter now and this plant has been inside for a long time now, but I don’t think that’s why it has brown spots. I’m worried maybe it’s root rot but idk how I’d fix that. I reported it recently cause of my cat peeing in it, but I used garden bought soil from outside to refill it. Like the black soil already put into the garden, which has been out there for a while. 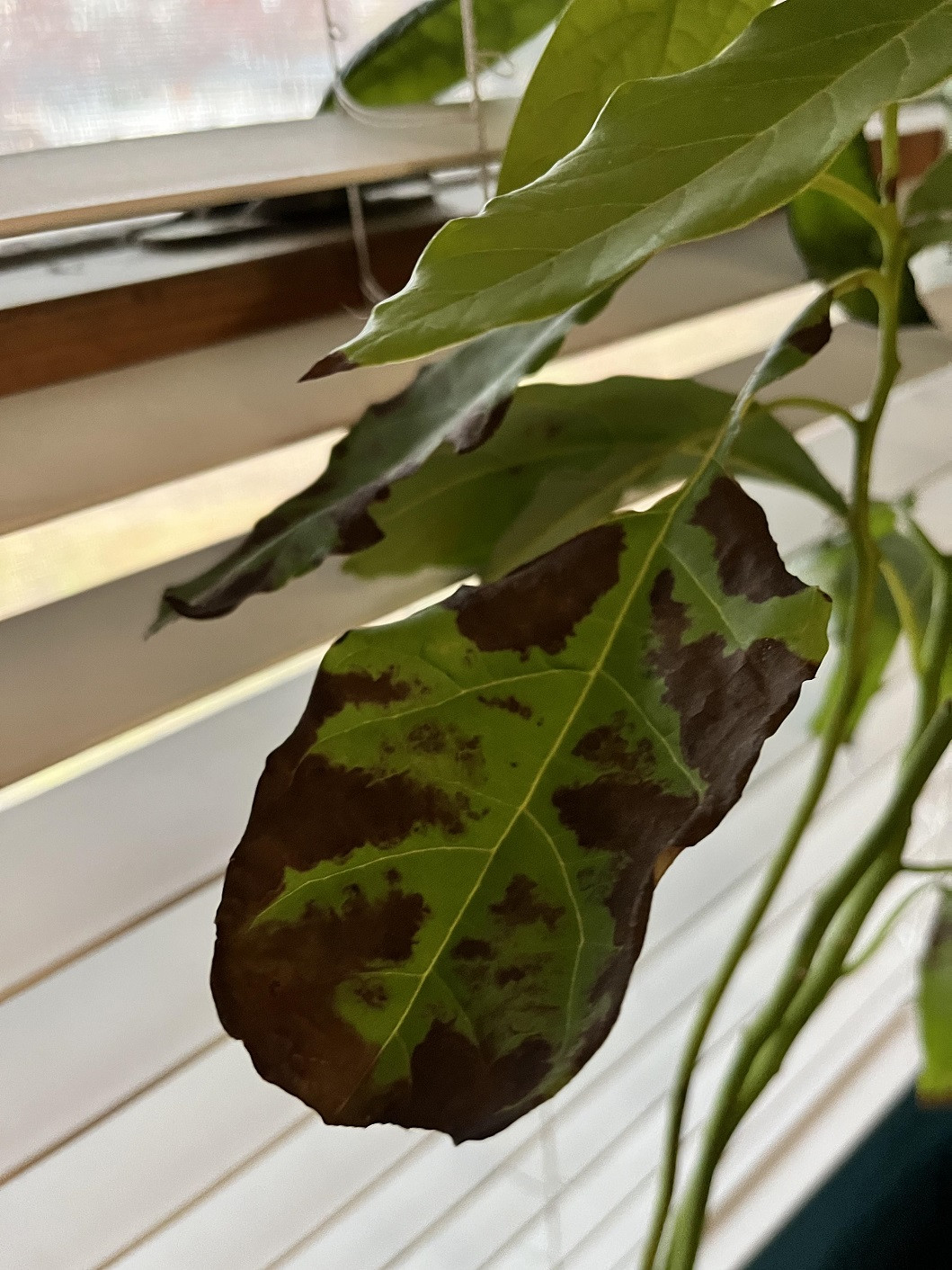 You can see on one of the photos here how just below the place where my cat bit the stem, it's growing another stem. I don't even think it's necessary for it yet but I think it's doing it out of precaution. I think it'll survive the bite and heal though.

Browse other questions tagged indoors avocado or ask your own question.