What are these white hairs on the underside of water spinach leaves?

Most of them seem to have white 'hairs' growing on the under side of the leaves.

The cotyledons don't seem to be affected.

I don't think these are pest eggs since I am growing them inside and the hairs appear to be stable over many weeks.

The plants appear to be healthy as I've cut them above the nodes for a harvest and they are happily growing back with new side shoots.

The hairs seem to be difficult to wash off, it appears to be a growth from the plant itself.

There is no 'puff' of particulate (spores) released when the plants are moved or disturbed like what would normally happen with mould.

What are these growths? Are they safe to eat? 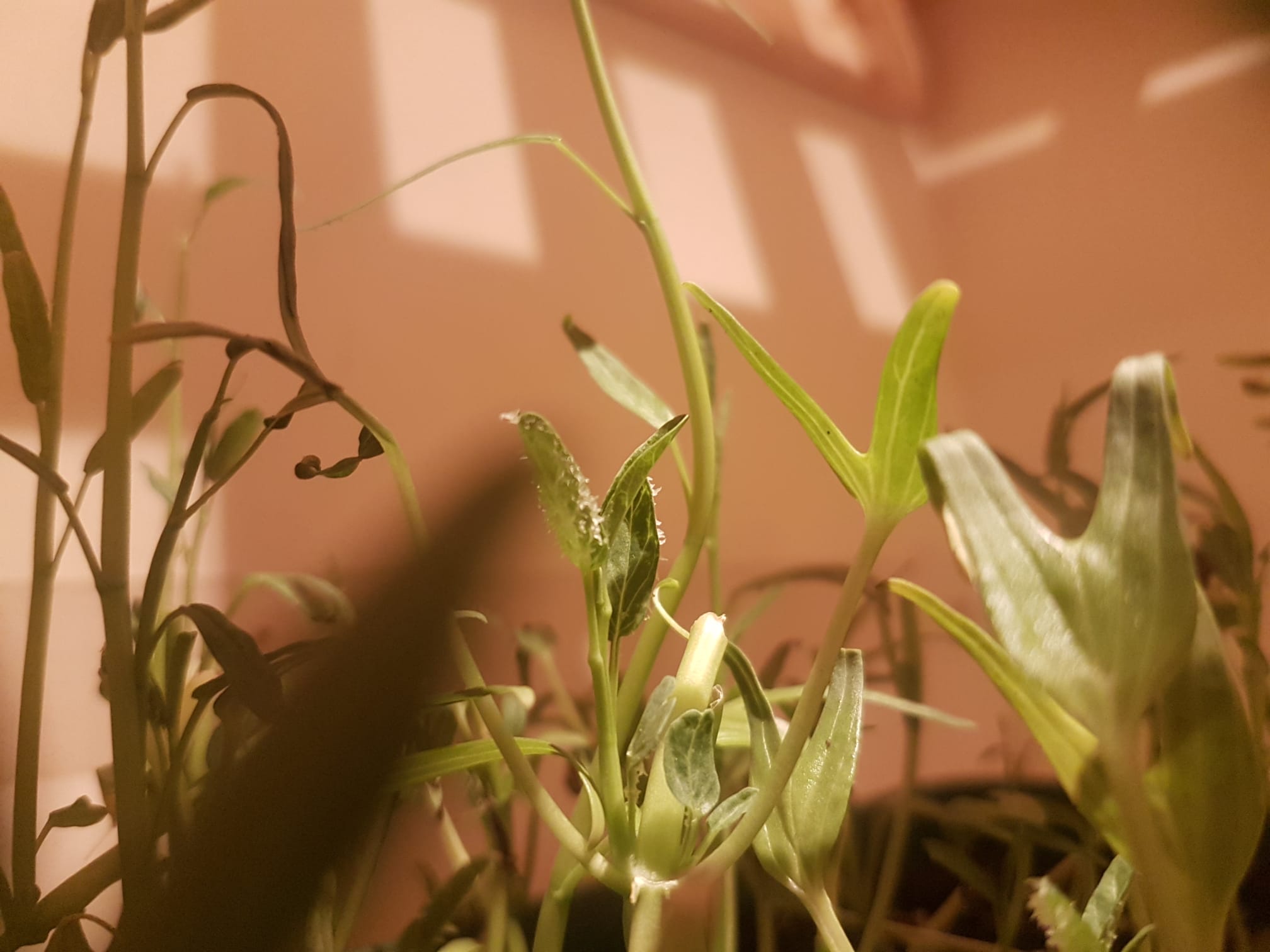 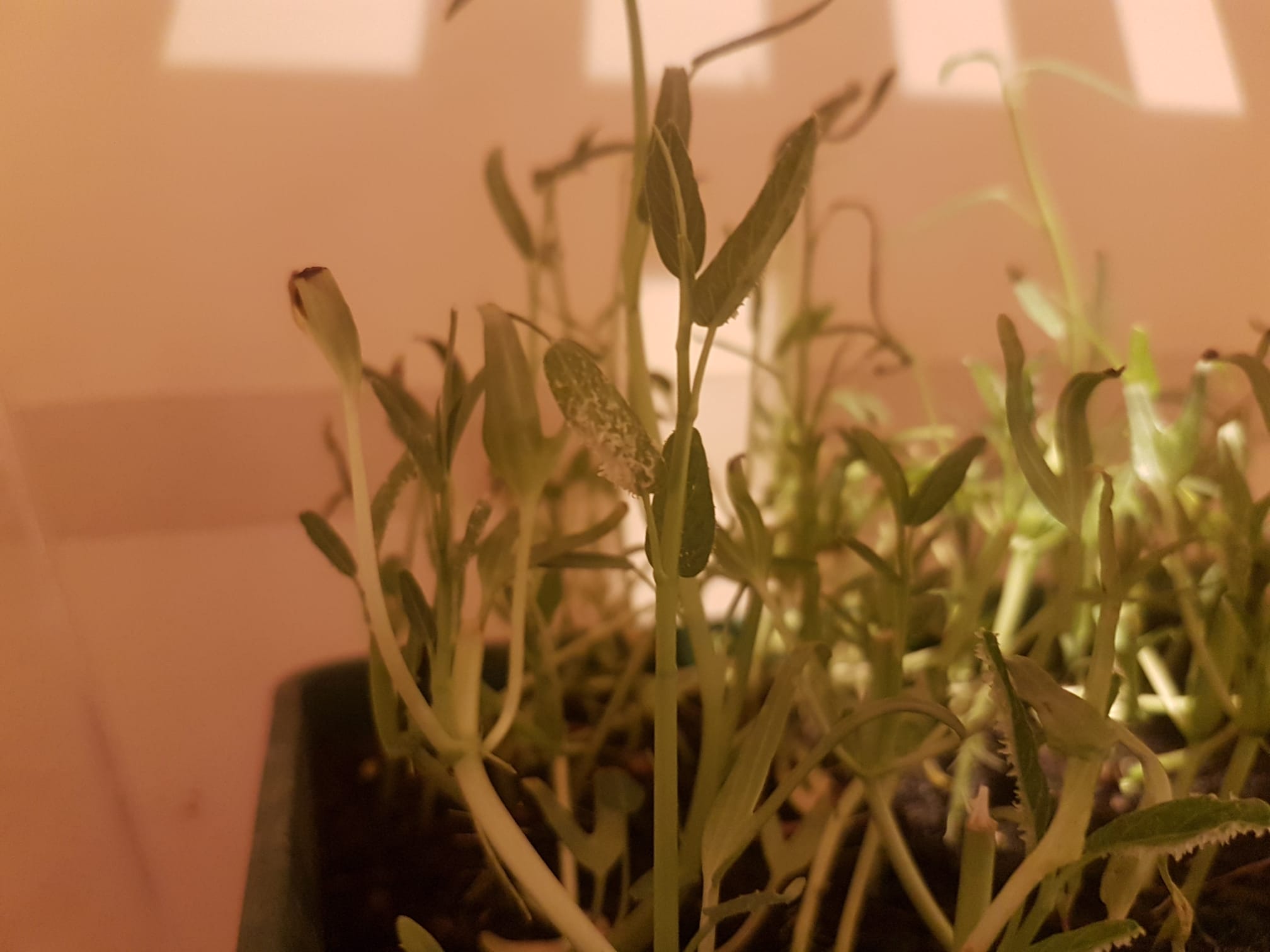 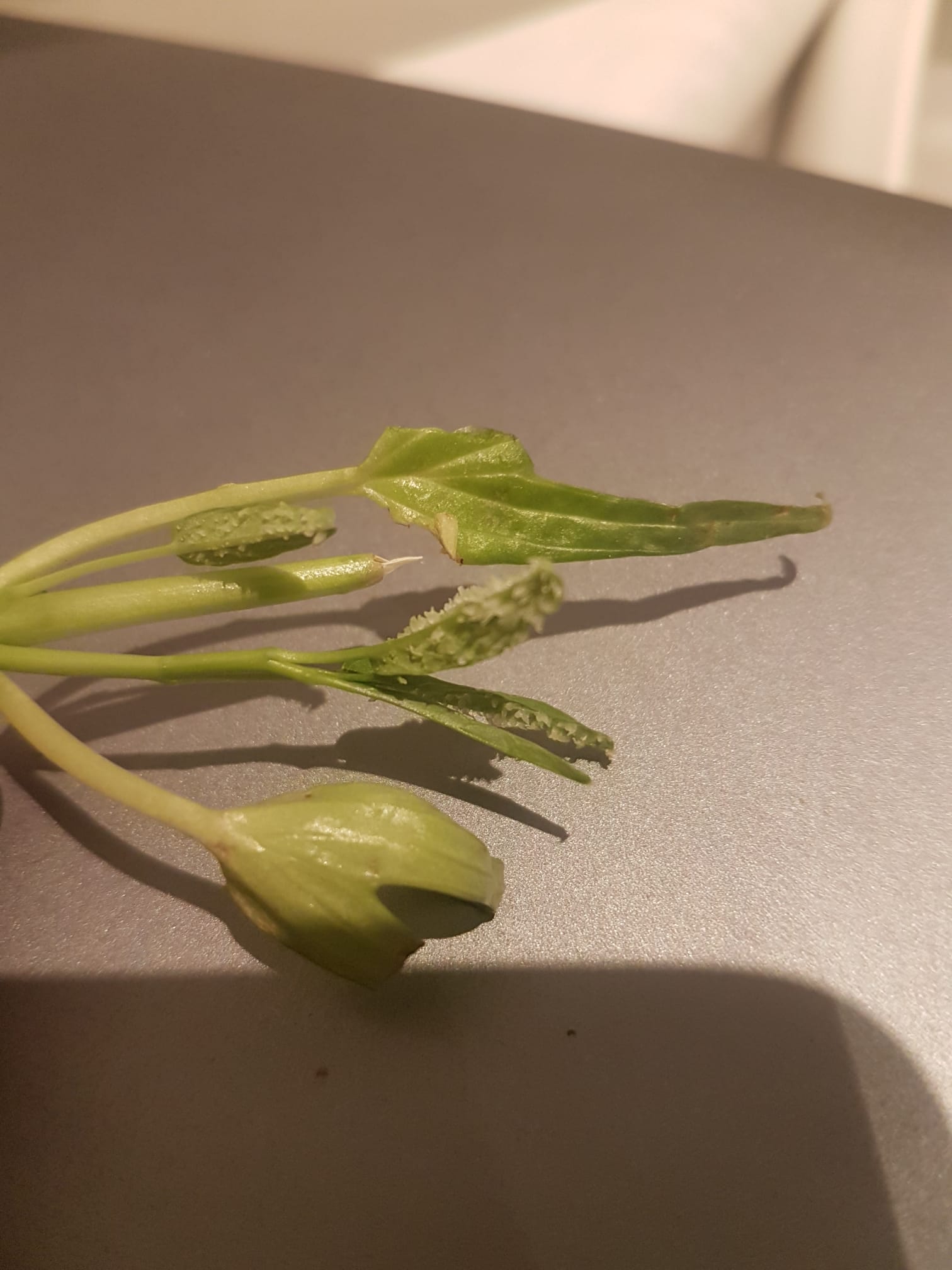 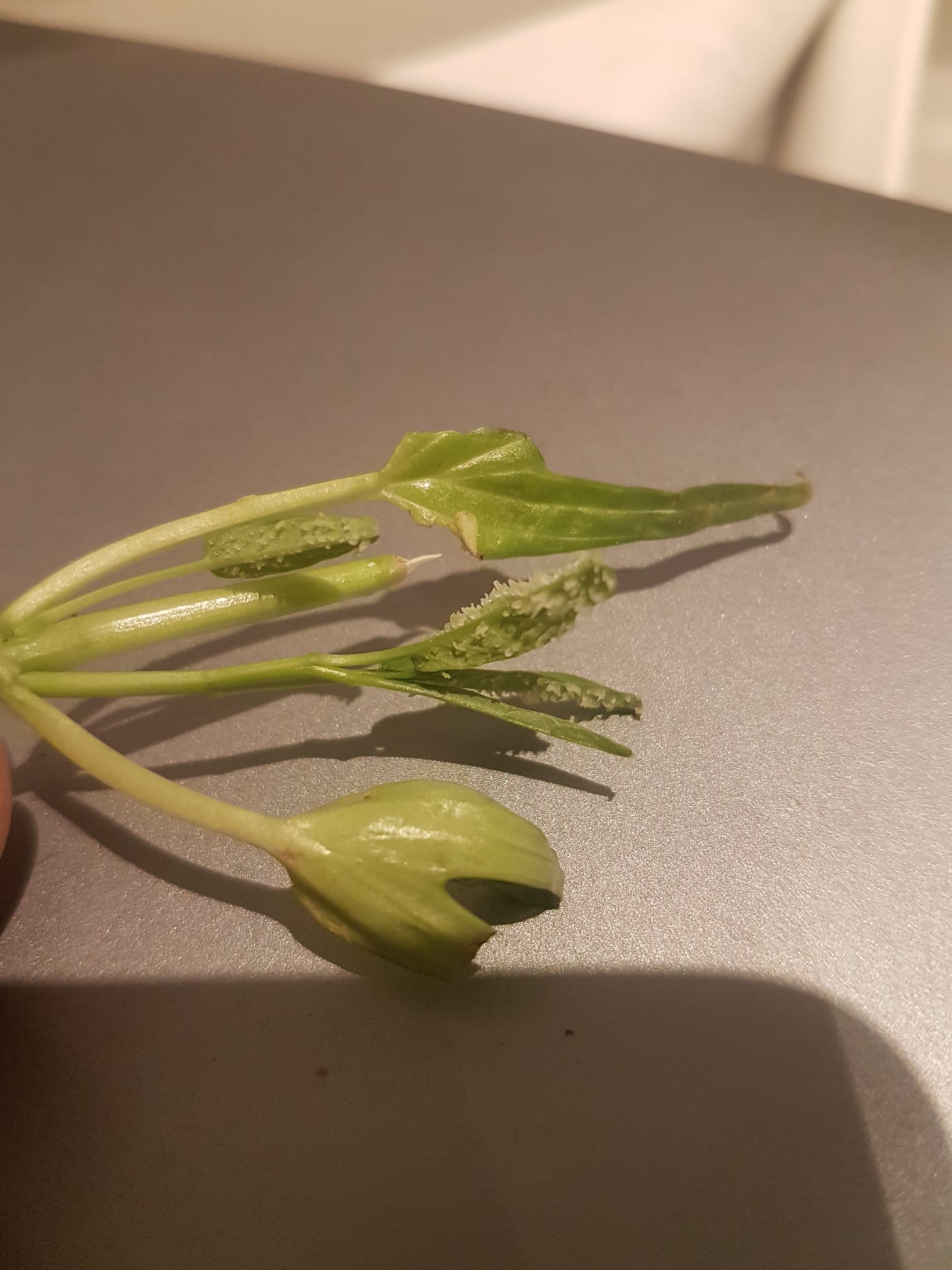 The side shoots are also now affected. There are a few dozen water spinach plants in this seedling tray and almost every plant is affected to some degree.

The plants still appear to be healthy as you can see they are growing more side shoots just below where I cut the main stem.

The hairs don't appear to be crystals of nutrient deposits. If they were crystals I'd expect them to feel hard, but instead they feel soft. 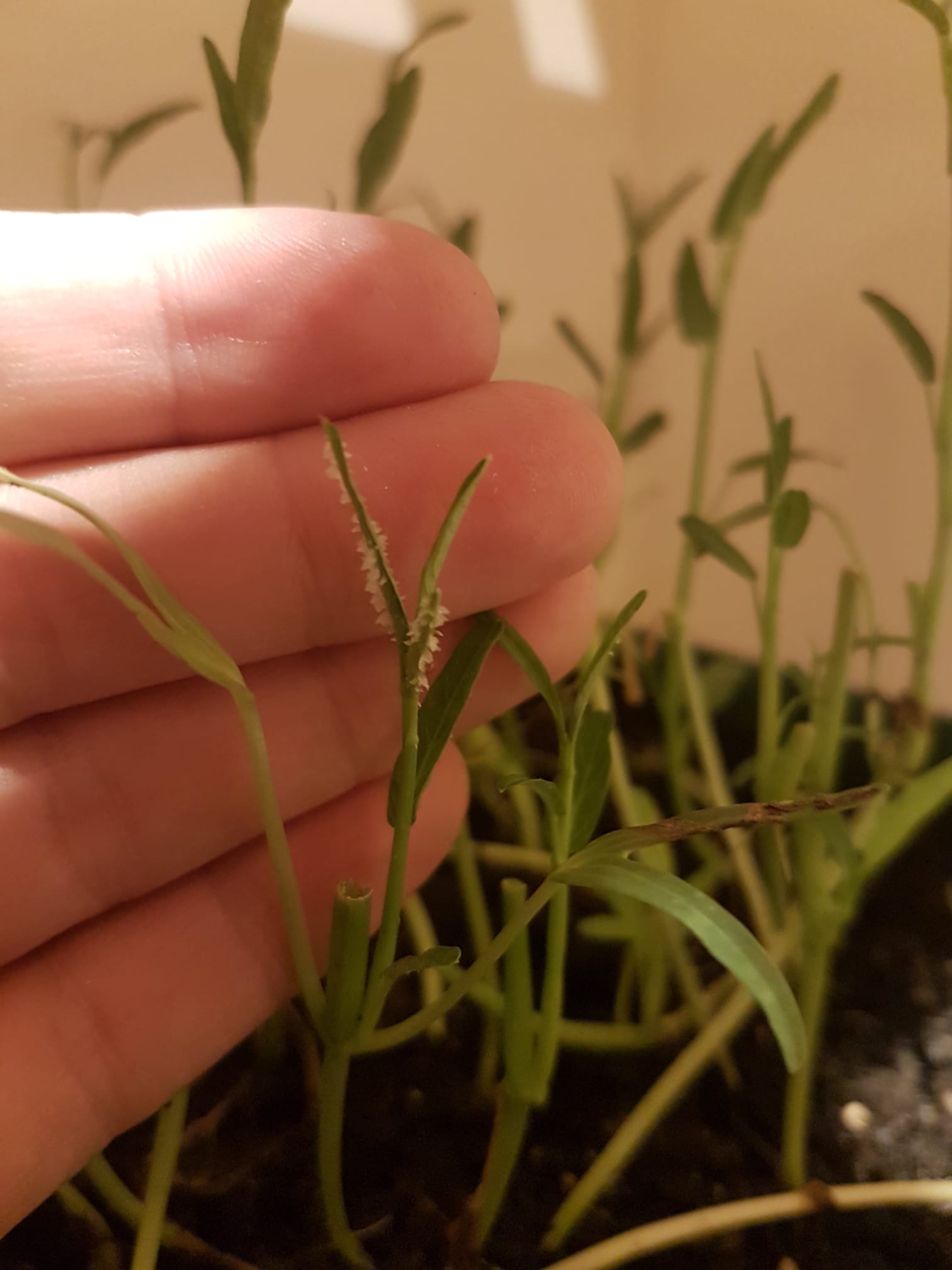 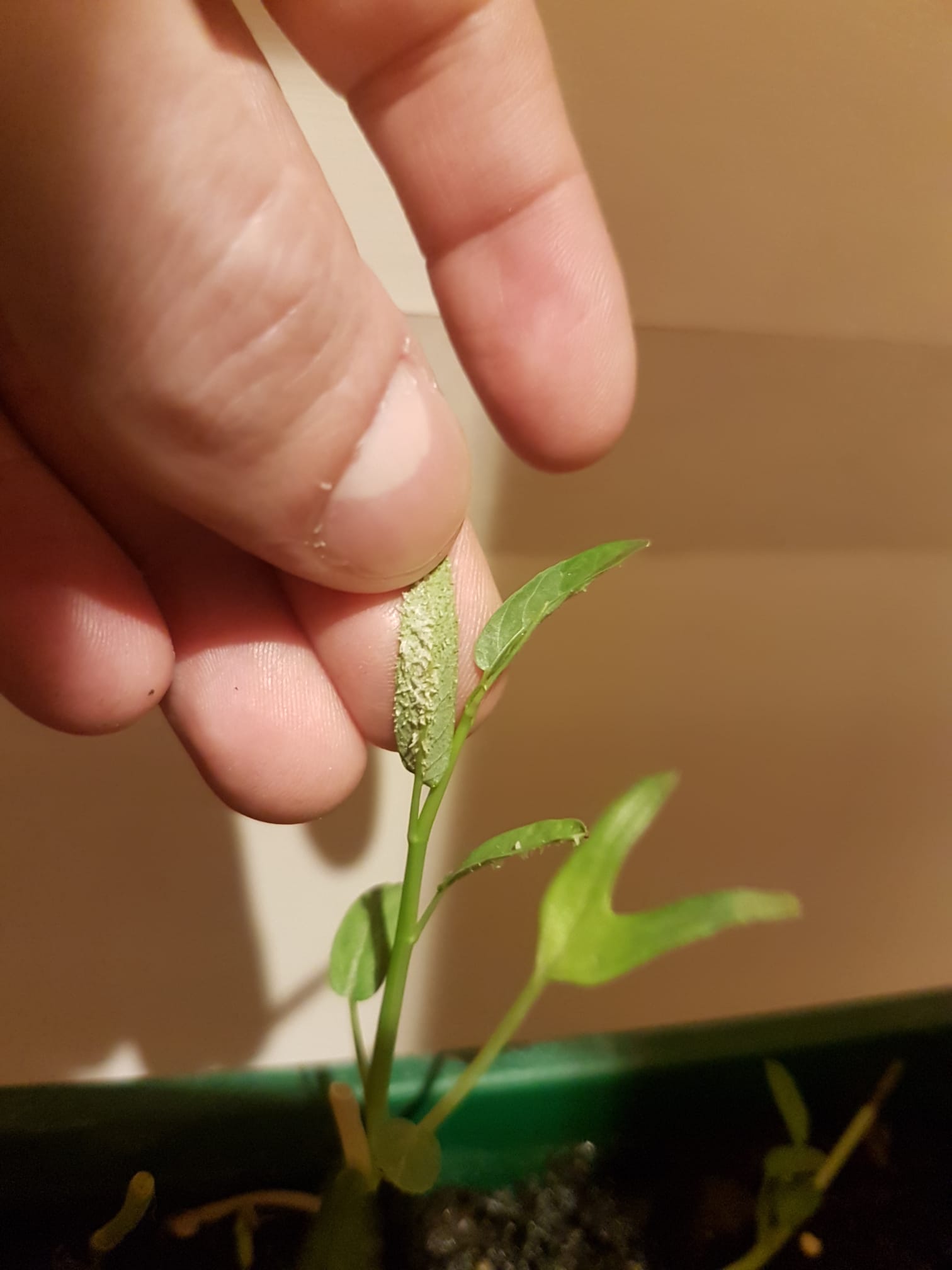 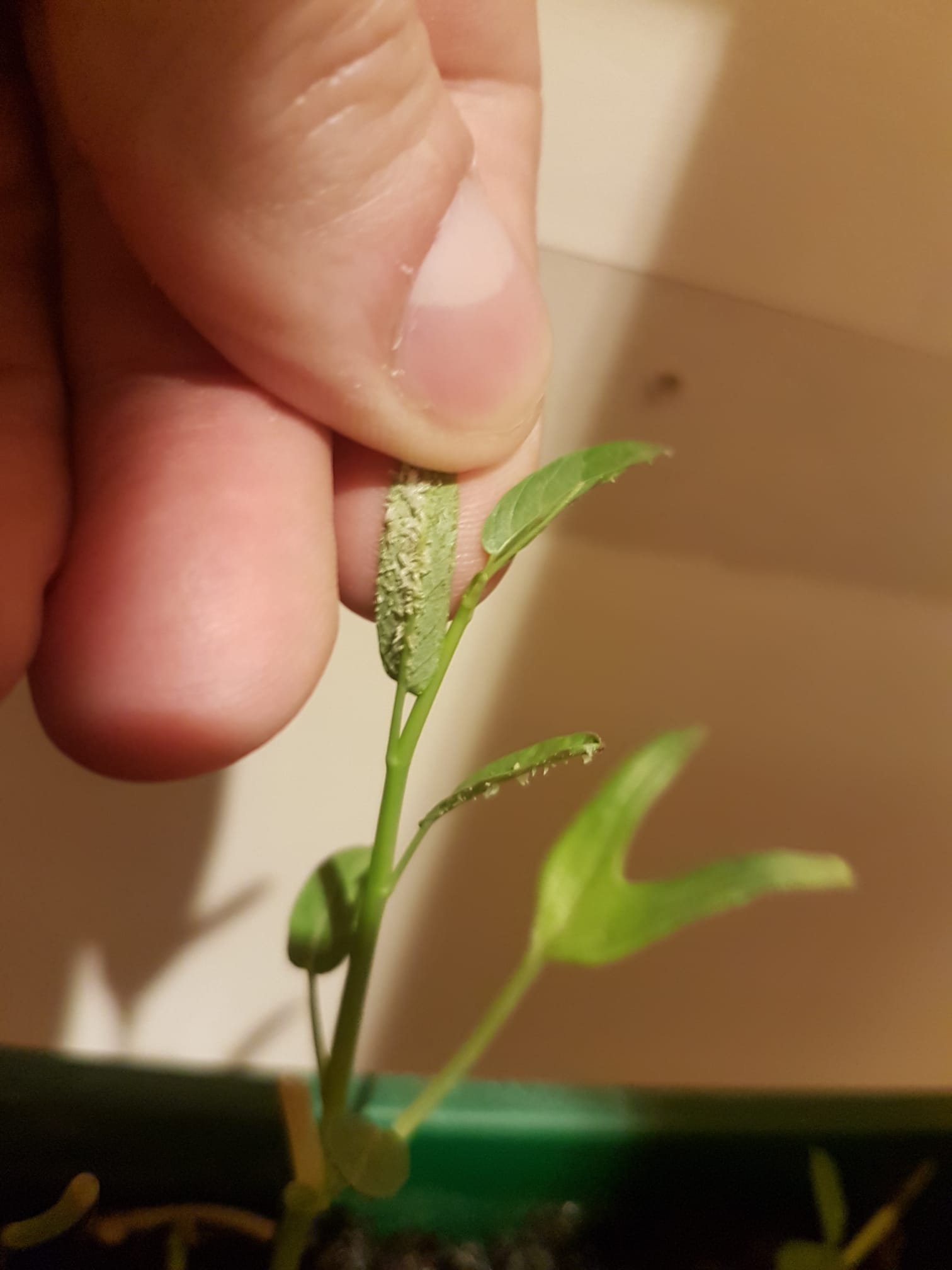 It looks a lot like this (which is edema; I can tell from my own experience with edema in plants, but someone in the link says it's edema, too):

It sounds like edema, too, by the way you describe it, and it's showing up in places where edema is prone to show up.

Edema can look really weird and alien-like at times. I had it on tomatillo leaves once where they were these large upraised yellow spots. It can look different on different plants.

It was hard to tell for sure that yours was edema, but with that other picture from the link, which gives more details of things that are obviously edema, and also shows signs of looking like yours, I'm pretty sure yours is edema.

Edema is common when growing plants indoors under lights. It's not always harmful to plants, but it can be in some circumstances.

It's not a disease. It's not pests (although pests can and do contribute to it; for instance, mites can suck on the plants, and the areas where they suck can flare out when the plant has edema).

The affected leaves will remain affected, but there's hope for future growth. It should be perfectly safe to eat the leaves, if edema is the only problem.

Putting them outside (if you can do that safely without stunting/killing them due to them not being hardened off, freezing temperatures, or some such) would probably get rid of the problem on future growth.

The hairs are difficult to wash off because they're actually part of the leaf. Removing them will damage the leaf further.

Not the answer you're looking for? Browse other questions tagged identification diseases or ask your own question.