Mold growing on the pot surface

On the surface of this pot there have been this mold growing. 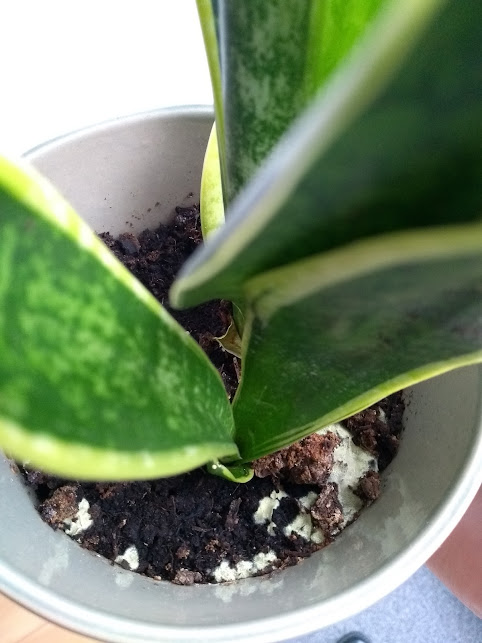 The color varies from yellow-white to bright yellow. Is it dangerous for the plant, can it spread to the other pots I have in the house and how can I remove it?

The growths are not dangerous to you or your plant, but they are unpleasant to look at in a houseplant - some improvements in cultural conditions would help.

It's difficult to tell from the image whether the fungal growth has appeared on debris (such as woody bits) on the top of the soil, or whether it's just growing from the soil directly. If it's appeared on surface debris, remove the debris, but if you used a rather lumpy potting soil with small bits of debris in it, that is not an option. What soil did you use in the pot, was it a proprietary potting soil, or something else such as garden soil?

These kind of growths are often associated with overly wet or damp soil conditions which might be caused by overwatering or by poor drainage/poor airflow. The soil level in the pot is rather too low, being quite a distance from the rim of the pot - it should be sitting at a quarter inch, and no more than half an inch below the rim maximum to allow air to flow across it. It's also important that the pot has drainage holes; if the pot does not have drainage holes, repot into something that does, this time making sure the soil level is not too low.

The soil does not look obviously wet, but watering should only be done when the top of the soil is dry to the touch, at which point, water well, allowing the excess to drain away freely from the bottom of the pot,then replace into an outer pot or saucer after about 30 minutes, when it's stopped flowing out so the pot is not left sitting in water.

White molds are not dangerous to the plants. At least till date nothing such has been documented. However it is an indication of a problem, primarily over watering, which in turn can add to the rotting of the roots and if that continues the plant will die eventually.

It would be good to check if the drainage channels in the pot are working properly, if not they needs clearing.

Though white molds are not dangerous to the plants they can cause many health problems, such as respiratory infections. Molds can be hazardous for patients with respiratory problem like asthma.

Not the answer you're looking for? Browse other questions tagged containers potting-soil mold or ask your own question.

9
How can I stop mold from growing on the surface of the soil around my potted plants?
7
What is this white mold infesting my tomato plants?
8
How to prevent creation of mold while sprouting wheatgrass indoors?
9
What sort of pots are used in the pot-in-pot method?
4
Orange sponge-like mold growing on mulch - what is it and is it harmful?
4
Is there a way to kill the mold on soil surface in pots?
0
House plant growing mold -help!
2
White mold on pot of avocado tree
3
What is soil mold and how to kill it
1
What is growing on the edge of my flower pots? (indoor)