I have been noticing a yellow, foul smelling liquid dripping out of my aloe plant when it is cut to obtain the pulp to add to juices etc.

Is this a disease or is this yellow substance normal. 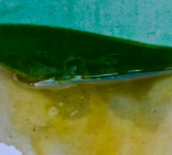 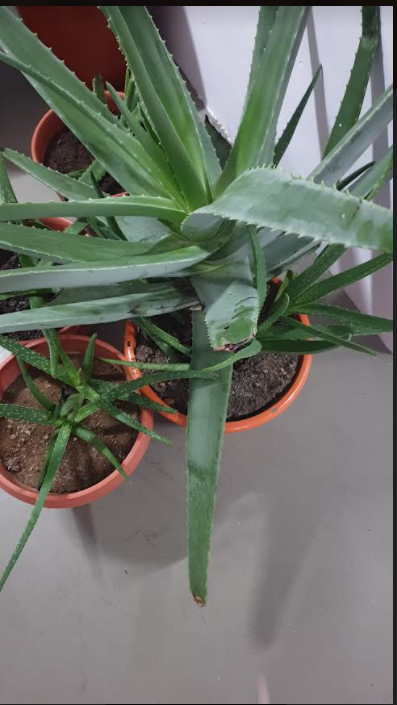 The plant itself does not appear unhealthy, however, the cut stem you describe as foul smelling and yellow inside is abnormal. The pulp inside the leaf should be a clear greenish colour, not yellow. I would strongly suggest you don't use any of that leaf again in juices etc.

Whenever a leaf is cut, it's possible for pathogens to invade the cut area - if you have used the same stem previously to extract the pulp, then taken another section for use later, that could explain why it's foul smelling and yellow, i.e., it became infected after the first cut.

The cut leaf I can see in the image of the whole plant is presumably the one you used - whatever has caused the problem in that leaf might cause a problem with the whole plant over time, but at the moment, it looks fine.

Not the answer you're looking for? Browse other questions tagged plant-health aloe poisons or ask your own question.

10
Can an aloe plant that's completely rotten at the base be cured?
4
Should I cut leafless stem off of plant?
6
Aloe plant is browning and the leaves are thinning
7
Aloe plant is yellowing slightly at the tips
8
How should I cut an Aloe vera plant for extracting juice?
6
What is this succulent plant with pointed leaves that looks like a cross between agave and aloe?
4
Is this plant Aloe vera?
6
How can i recover an Aloe plant with root rot?
0
My aloe Vera plant is getting flat leaves
0
The leaves of my aloe plant are growing stacked. Is that okay?