Help me identify this Chinese houseplant

A friend of mine living in Shenzhen China got this plant as a gift and I would like to see if I can buy one here in Sweden too. Therefor I need help identifying it so I know what to search for.

She only knew it as a "Small sunflower" but that didn't get me far googling.

She also mentioned that the flowers on the plant only lasts for a single day before being replaced by new ones the next day. 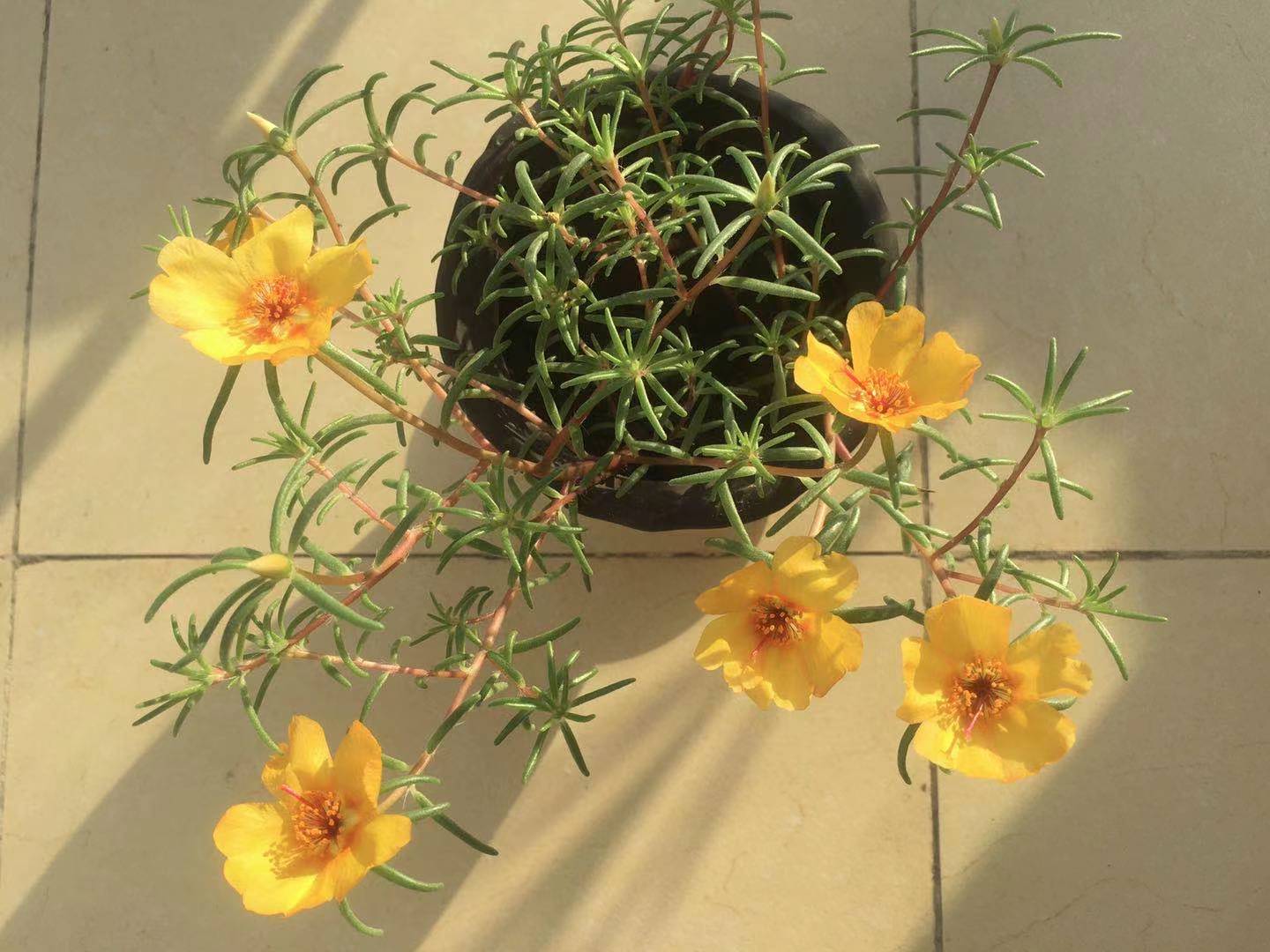 I'm pretty sure that's a moss rose (Portulaca grandiflora). It's grown as an outdoor annual in the US and has single, semi-double, and double flowered forms. Single-flowered forms are not as popular as the other forms. They reseed readily and can become kind of a pest if you don't use mulch in your garden. The flower habit you mention of opening for only a day is typical of the genus, as is the habit of flowers to not open on cloudy days.

Here's some cultural information for growing them outdoors. Their main concern is having good drainage.

I also considered Helianthemum, but the leaves in that genus have a center midrib that the plant in your photo does not, and the flowers bloom for longer than a day. It's unusual to see moss rose as a houseplant, so lets see what other posters think of my ID.