What kind of pumpkin is it?

I've planted some pumpkins this year from the seeds we've collected from the store bought pumpkins: hokkaido, spaghetti, delicata. At some point the plants got all mixed up, so I didn't know which is which, but as this one was growing I was sure it's spaghetti pumpkin, since it's gotten so big and oval. But then, instead of turning yellow (like I remember the original fruit looked like) it turned dark green. It kind of have the delicata's shape, but definitely not the delicata's size and I've pollinated the last fruit by hand with the same plant's flower. All fruits look identical... What kind of pumpkin can this be?

It has 3 fruits now and I'm not sure if I can already harvest it and if it's even edible XD. Another pumpkin, in the garden, has also grown fruits. It looked very similar until recently, but the pumpkins outside are turning yellow now and look like the actual spaghetti pumpkins from a store.

Here is an image of the whole plant (it grew in the glasshouse by an accident, but I decided to just go with it): 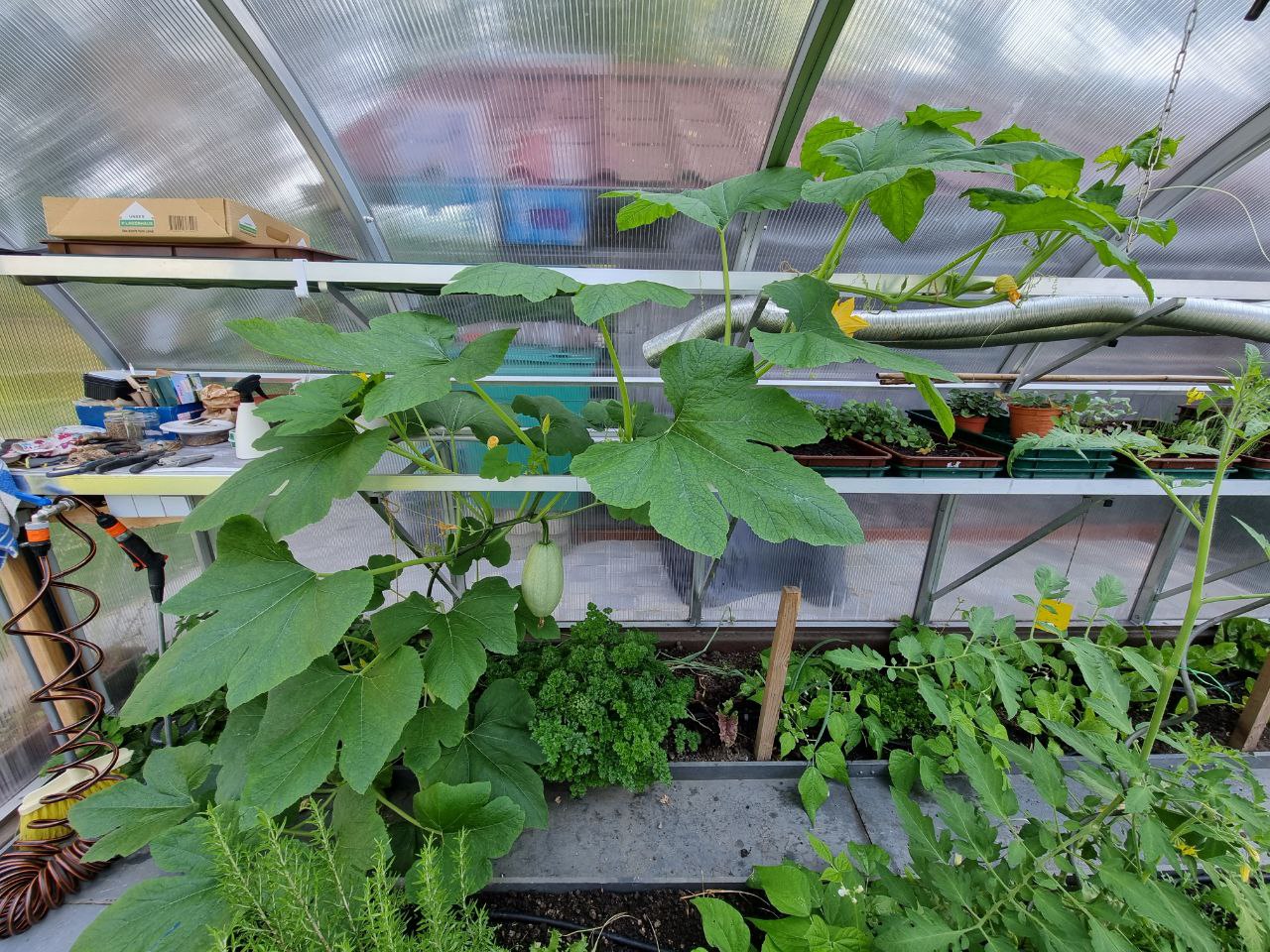 Here is the fruit while growing: 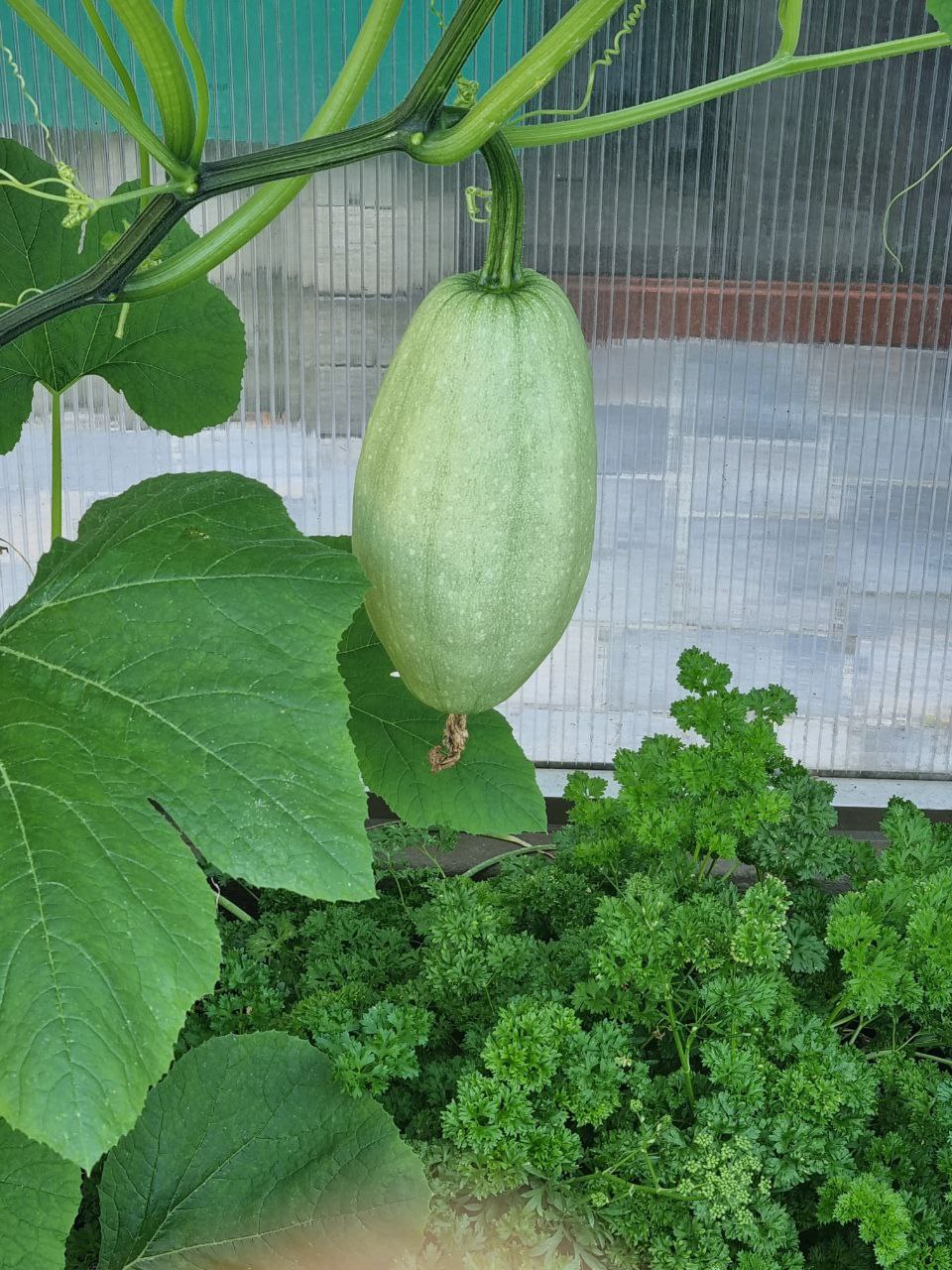 And here is its current state: 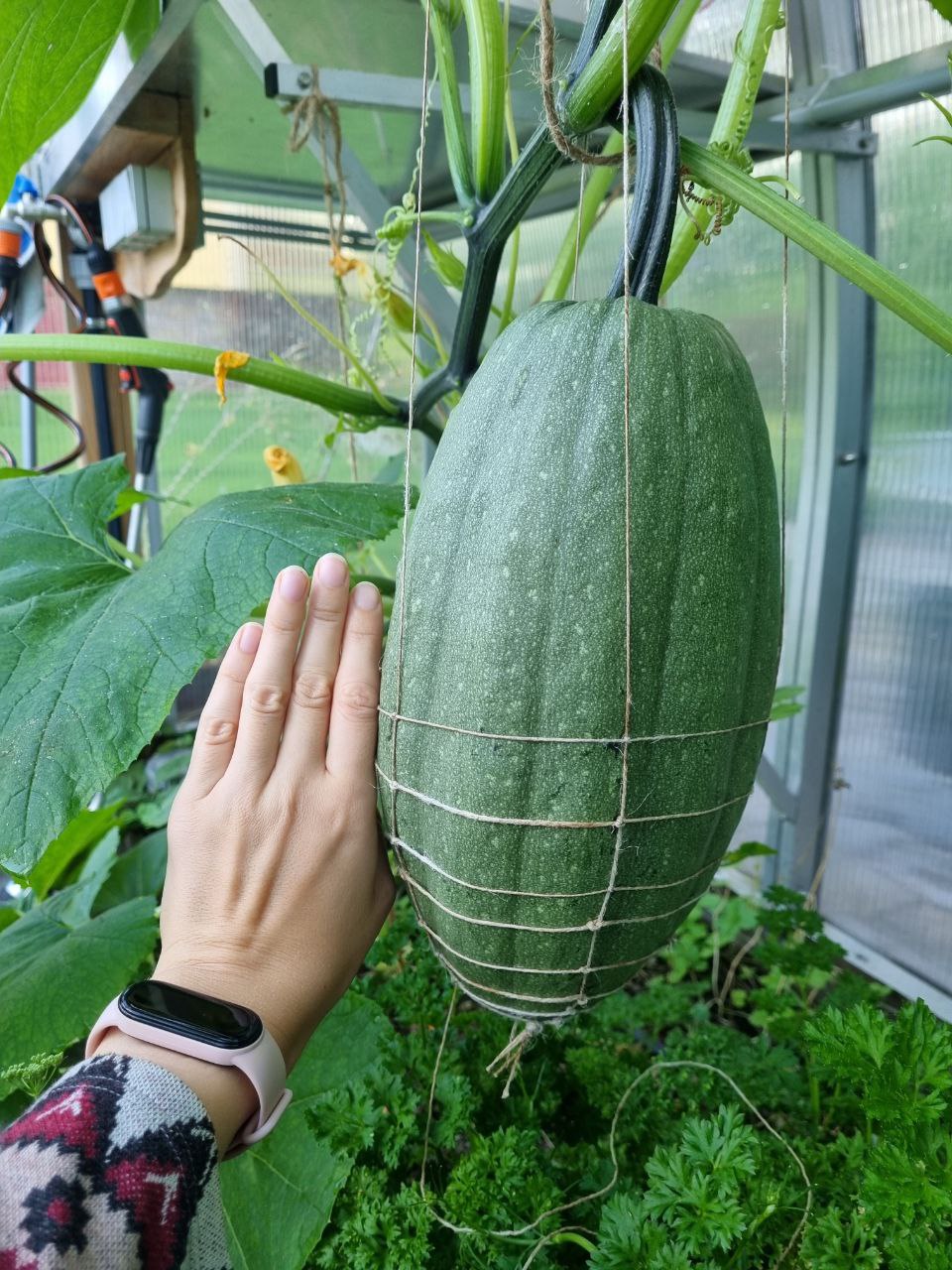 The squash/pumpkin family freely interbreed; so, because you planted collected seed, it is pot luck.

Not the answer you're looking for? Browse other questions tagged identification pumpkins or ask your own question.

10
If I fix some drainage for my waterlogged pumpkin, will they revive?
12
Will an unevenly coloured (green) pumpkin ripen to a nice even orange?
3
When do Big Max pumpkins start to produce?
4
Why has 20% of my pumpkin plant suddenly died and how can I save it?
7
Rats! There are rats destroying my pumpkins!
1
What kind of plant is this purple plant?
1
Need help identifying this flower (male/female) on a Big Max pumpkin; also, why is it growing flowers already?
1
(NW Indiana) Yellow pumpkin stems and leaves
2
pumpkin identification and control