Will my Kentucky Bluegrass die if I let nature have its way?

Photos below show the three species which have taken over my half-acre yard in Minneapolis, Minnesota. I believe these are Kentucky Bluegrass (60%), Crabgrass (30%), and Creeping Charlie (10%). The last two are not desired, but I could just keep them (by the way, is there any real harm if I just let Crabgrass take over 100%? I assume not). I mainly just want something grass-like in the ground to hold the soil in place and prevent erosion. Of course, more KBG would be nicer to look at if the long-term maintenance were the same.

So, for long-term maintenance, I just want to (repeating every two weeks in the summer) pull up the 10 most obnoxious weeds that I see and mow. No herbicide, no fertilizer (but my mowing does leave clippings behind to provide fertilizer to some extent). If I just take this low-maintenance approach now, will my KBG percentage fall over the years to come? What should I do to keep this simple and maximize my KBG percentage?

My assumption is that the Crabgrass and Creeping Charlie seeds will remain no matter what I do for a one-time treatment, so I'd like to just have a plan that lets all three coalesce. But, will one win eventually? I would rather not use water sprinklers, but if there is a watering secret which helps KBG win, I might be able to afford a little more maintenance. I have made a large bare topsoil area on which I am about to plant KBG, so this is an opportunity for me to do a one-time treatment, but I have no idea what to do besides just lay down KBG seed and let these species fight over the turf in the years to come. 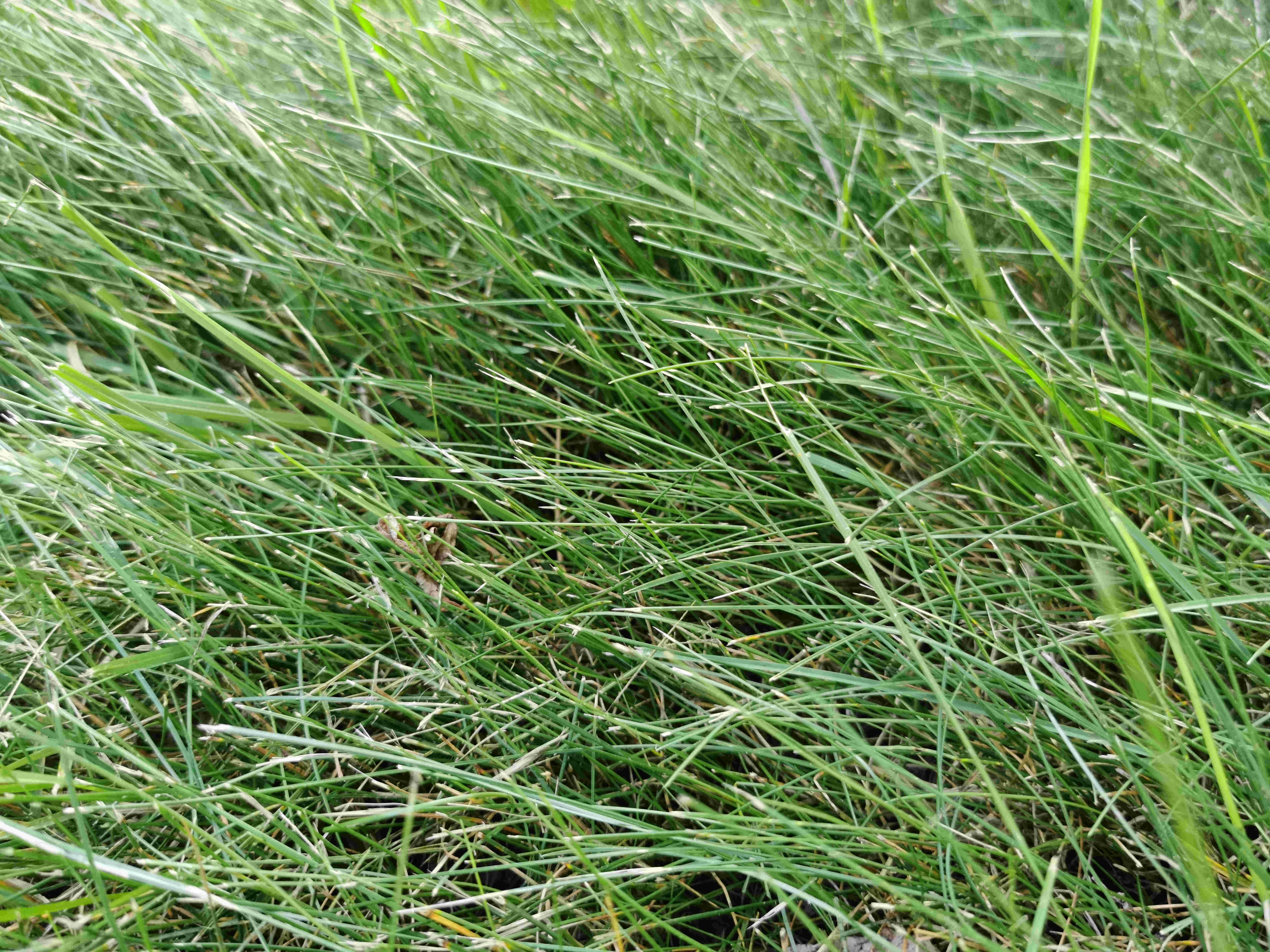 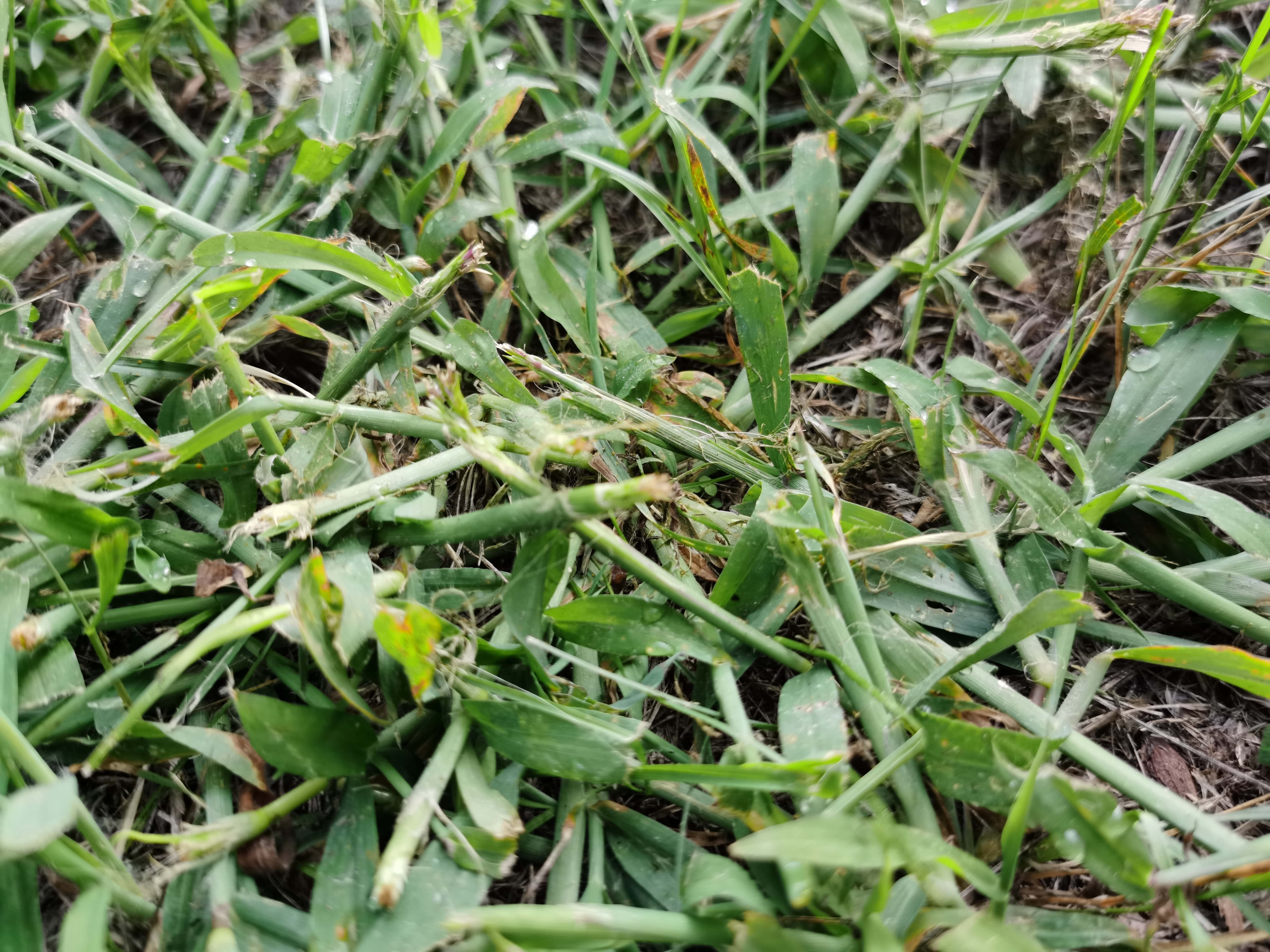 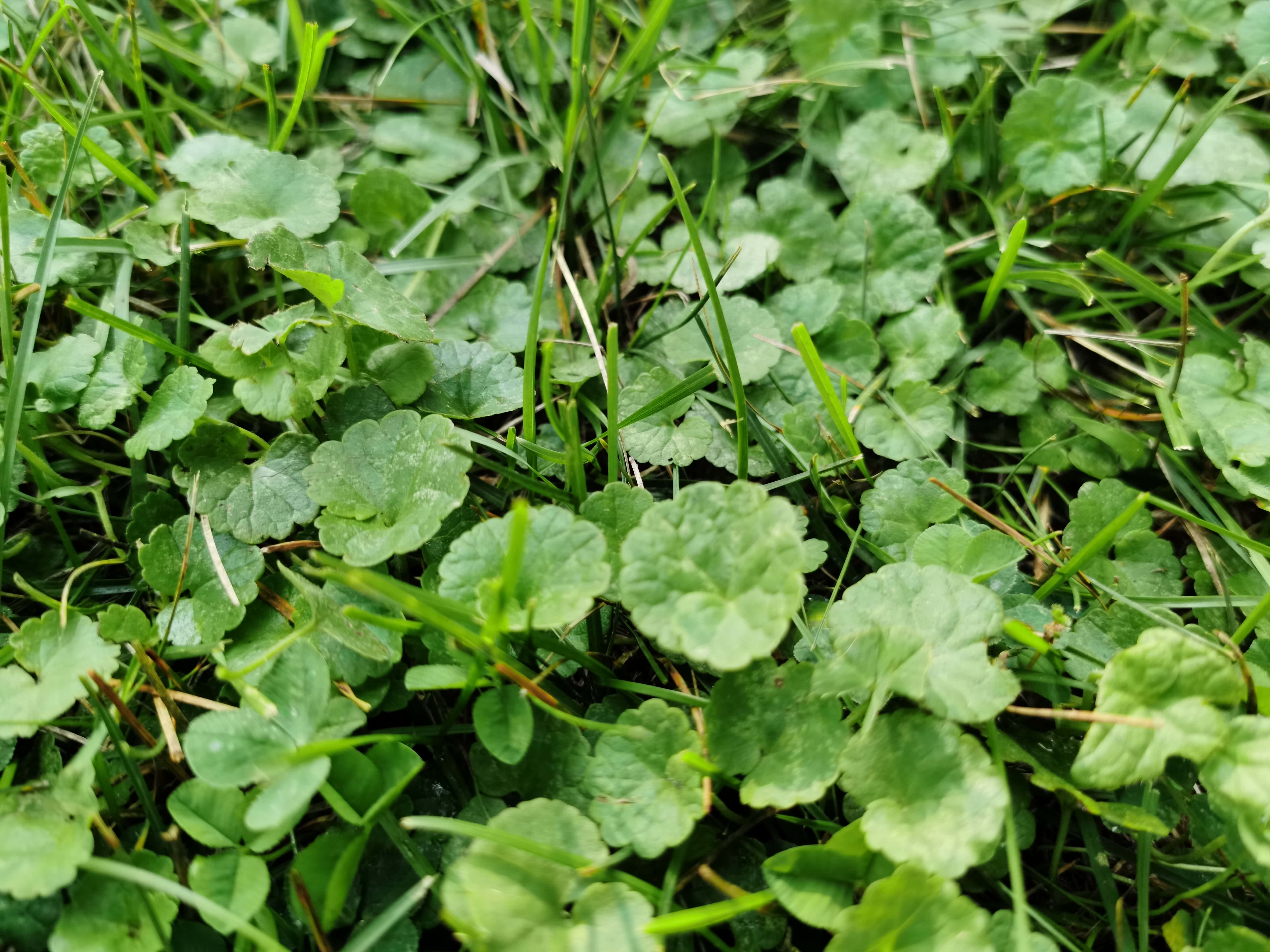 There's a lot to unpack here, but i'll give it a shot.

Is there any real harm if I just let Crabgrass take over 100%?

It tends to form clumps that leave exposed soil between them; not a uniform look, and gives landing zones to all sorts of other weeds.

That depends on a lot of factors that change by the square yard. Creeping Charlie will win in shady areas if I had to bet. If one of the others did conquer sunny parts, it could be a battle fought for decades before victory. They can also work out a sharing agreement. Then again, your soil could happen to have perfect conditions for one but not the other, basically negating the guidelines above.

If I just take this low-maintenance approach now, will my KBG percentage fall over the years to come?

Unlike most cool season grasses, KBG is a spreader, so it's a good choice for low-maintenance long term; filling in divots and whatnot for you.

KBG is harder to get established though, taking longer to germinate (up to 2 weeks of daily watering) and it's slower to grow deep roots. Once established, it can survive drought well; though it will look "dead", it will come back within a few weeks of rain starting up again.

What should I do to keep this simple and maximize my KBG percentage?

If I was only allowed to do one thing a year, it would be to apply weed and feed (or a related product) to the area in mid spring once weeds are up and running for the season.

If I could do another thing once a year, it would be to overseed KBG in early fall, without fussing about watering or peat or any of that, just throw down seed.

If i could do a third thing once a year, it would be to fertilize in early spring. Milorganite's a good long-lasting choice, but compost or starter fertilizer would work too. Might want to use starter fertilizer specifically the first time since it usually has a lot of secondary minerals and nutrients you might be missing.

If it were me, and i didn't mind putting in a couple afternoons to get setup to have a neglect-resistant decent-looking lawn, here's what i would do soon-ish, in addition to the regular steps above.

Then you "just" need to water lightly 2-3 times daily until seeds germinate. This part sucks, so I would buy a cheap watering scheduler from amazon and an extra sprinkler or two. Reduce watering if mushrooms appear. Stop watering when it's tall enough to mow. You can buy longer green time with mid-late summer watering if you want, but it won't "need" it.

Understand that these are not the ideal actions for a perfect lawn, and I'm 100% sure there are many more steps or refinements you could make. I will offer that I moved into a dirt patch which is now a nice lawm, and it's unexpectedly satisfying, and though it wasn't a huge goal for me or anything, I'm actually kind of proud when people notice it.

At the low end of the effort scale, there's a huge return on investment. It probably takes five or ten times as much work to get perfect as it does not-embarrassing. A few afternoon projects a year and it could look border-line good. Good luck.

Not the answer you're looking for? Browse other questions tagged watering grass weed-control cold-weather crabgrass or ask your own question.

46
What's an organic way to discourage crabgrass from a large "lawn"?
4
Will I have problems with grass in my garden if I till it under during preparation?
8
What is this dead light brown patch on my lawn, and how do I get rid of it?
7
What should I do about bare patches in my lawn after killing off Creeping Charlie?
3
Will a Hibiscus recover having dropped all its leaves?
4
Ficus elastica — Will its leaves uncurl?
2
What should a new lawn look like after one week?